When Russia caused the Bonn climate talks to collapse by preventing the SBI from meeting, it may have awakened other nations to no longer sit docilely by while their people’s interests are being gored.

Representatives of Africa are stepping up and asking whether it is truly a just climate policy to pay a poor African to remain poor.

African environment ministers from 54 nations recently stated they were not obligated to use their lands to mitigate carbon emissions since in their view Africa is not responsible for climate change. 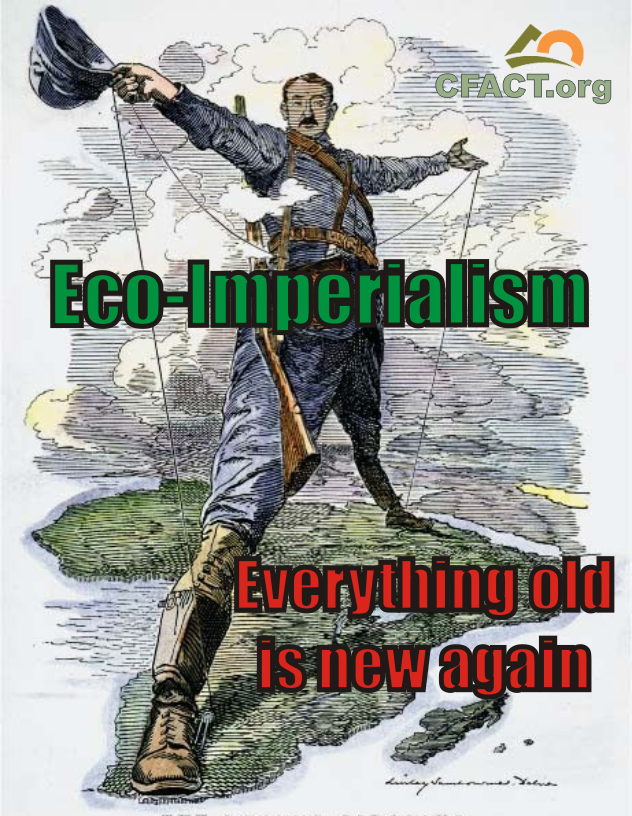 African representatives are worried about a new round of eco-imperialism in Africa with carbon offset projects leading to “land-grabbing” by developed nations.  They are concerned that agriculture is being pushed into “carbon farming” which benefits foreign investors rather than food production and cash crops which benefit Africans.

The UN’s Clean Development Mechanism (CDM) and REDD+ forest initiative provide schemes whereby developed countries can “offset” their emissions by paying into projects in developing lands such as Africa.  Vast sums of money are changing hands, but not to the benefit of Africa’s poor.

A growing number of Africans are saying “no!” to forestry and “carbon soil” projects which would use their land for carbon credit schemes.  These carbon schemes require poor people in developing nations to lock their land into subsidized less productive uses.  The bulk of the profit goes to local elites and carbon investors from western nations.

A study by the Institute for Agriculture Trade Policy found that a $2.5 million carbon offset scheme in Kenya broke down to $1.05 million for Swedish and other operators from the west, while requiring 60,000 Kenyan farmers to share the remainder which comes out to $23.83 each over 20 years, or just over one dollar each per year.  In exchange for their dollar these African farmers must lock themselves into burdensome farming requirements and

most importantly, lock themselves into poverty and out of the high yield farming which has essentially ended starvation in the west.  This is a painful price for Africans to pay to assuage developed world guilt over having undergone the industrial revolution.

The “Earth Partners” released a complex methodology for quantifying soil carbon capture which provides a good example of the types of schemes in play and why there is little in them which would benefit the poor.

“There is a profound danger to agriculture here, with real potential for more land grabbing and expansion of monocultures in order to harvest credits,” said Helena Paul of EcoNexus, (IPS News).

Others are calling on Europeans to abandon what they are describing as their “failed experiment of market mechanisms” and to instead go all-in on wealth redistribution by making massive direct payments to Africa under the UN’s pending “loss and damage” scheme (see CFACT’s report).

A particularly stark example of the danger which modern eco-imperialism represents to Africa is what occurred when the London based New Forests Company used armed guards to brutally push Ugandans out of their homes to make way for a carbon offset project.  Homes were burnt and eight-year-old Friday Mukamperezida burned to death while his mother was out getting medicine for the boy who was sick in bed.  See much more on this incident here.

CFACT has a different vision for Africa.  Africans are entitled to all the benefits that flow from a free and prosperous society.  Africa does not need paltry handouts designed to keep them poor, and certainly should not tolerate a new wave of eco-imperialism.  What Africa and the rest of the developing world really need are free markets, property rights, free elections and the rule of law.  Developed nations should concentrate their efforts on helping them achieve this, open markets to their products, share technology and provide a helping hand to further them along a constructive path. Should Africans be willing to lock themselves into poverty to make rich nations feel better about themselves?  Those who truly care about Africa will help them instead onto a constructive course.  Let African industry arise.  Let high yield farming eliminate starvation.   Only a prosperous Africa with the means to provide its people with the education, health care, nutrition and prosperity developed nations take for granted should be acceptable to Africans and to Africa’s true friends.
Those Africans who stood up in Bonn to reject carbon farming should do so again when the climate talks reconvene for COP 19 in Warsaw in November.  Those who care about real progress for Africa should join them.