“Green Climate Fund,” 150 or so officials delegates and representatives from NGO’s and media crammed into a side event sponsored by the always entertaining Gaia Foundation.

Based in UK and named in honor of the personified goddess of the Earth, the Gaia devotees put forth a panel of “experts” denouncing everything from meat consumption and private land ownership to “agribusiness” and, of course, any fuel dug out of the earth.

With an ominous clock about to strike midnight and the motto “Time to Act” hovering between Powerpoint presentations, the chief Gaia priestess, er, spokeswomen, lamented that “there’s been slow progress, to put it mildly” on climate negotiations. She then cheerfully opined that while many fear they’ll be “cold, hungry and miserable” if we cut greenhouse emissions, life can actually be more abundant, cheerful, and an Edenic state of bliss if only we assiduously implement the various steps of the Green utopia.

The first presenter waxed poetic about how “transition towns” need to be developed because we will soon be running out of oil, food prices will skyrocket, and therefore towns need to be become self-sufficient with their food and other resources, and stop pursuing “mal-development.” She also attacked so-called carbon trading, saying that “money is a perverse incentive” and noting that if one flies to a COP meeting in Poland, he or she has already “spent the carbon” and “unless it remains in the soil” where the carbon credit is purchased, then the carbon savings wasn’t permanent, and someone needs to be responsible for that carbon double dipping.

The Global Forest Coalition was up next and recommended reducing levels of “production and consumption” across the board: For agricultural commodities, mining, infrastructure, and agricultural commodities. How we provide needed goods and services for the world’s people was not addressed, but hey, why get caught up on details. One detail not overlooked, however, was making sure to recommend that funding be channeled into the “most effective and equitable places” to achieve these goals (a.k.a. the Green groups spouting these notions).

Genetically modified crops did not escape attack during the presentations, with the presenter noting that out-of-control global warming is going to increase drought in Africa, increase floods in Bangladesh, increase typhoons in the Philippines, and that the local seeds in the pockets of village grandmothers hold the key to “seed diversity” that will save the world from radically changing and unpredictable climate. Saving the best for last were the energy prophets of doom. The first frightfully warned that due to climate feedbacks and tipping points, we face the “unraveling of the climate system within 10 years” and that if we lose the rainforest due to biomass demand, we will lose the planet’s rainfall cycle and throw Earth into famines of Biblical proportions. The second declared that mankind’s rapid transition from “muscle and firewood” to dreaded fossil fuels must be followed by a decline “as steep as we went up,” and that when it comes to fossil fuels, the prime objective must be to “keep it in the ground.”

Just another day inside the UN’s climate carnival of comedy. 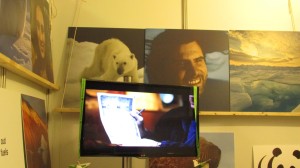 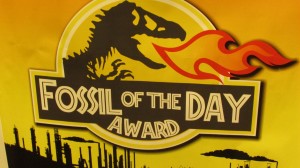