How many solar panels, wind turbines and electric cars would we have needed to subsidize in order to prevent the tragic flooding of Houston?

That question is absurd, but that is exactly the kind of daffy reasoning you’ll get when you ask climate campaigners to talk about a tragedy like Hurricane Harvey.

New York Times climate blogger Andrew Revkin joined meteorologists Eric Holthaus and Marshall Shepherd for a podcast blaming Harvey on global warming.  They called for rushing out so-called “attribution studies” linking Harvey to climate change … … which of course, in their minds, is largely your fault.

They want to strike while Harvey is fresh in our collective minds.  Not to worry, they say, all these “studies” will be “peer reviewed” (no doubt from their friends in the alarmist movement).  Oddly, they decried Houston’s dense urbanization.  Usually team warming calls for us all to crowd together as closely as possible to “decrease our carbon footprints.”  Has the wind shifted on that one?

Marc Morano is posting details about climate scientist Michael Mann’s, and the efforts of other alarmists, to blame Harvey on global warming over at Climate Depot.  Check in frequently for updates as they break.

That Harvey’s flooding was anthropogenic, rather than natural, is nonsense.

As Harvey made landfall, CFACT sent out a reminder of the Great Galveston Hurricane of 1900 that leveled the city; killing six to twelve thousand Texans.  Parts of America lie in areas where tropical revolving storms are likely.  The entire eastern seaboard is to some degree perpetually vulnerable.

Recently America went 4,324 days without a major hurricane, a natural occurrence that confounded the global warming narrative.  The warming crowd was talking about never-ending Texas drought.  Look how quickly they’ve switched to a future of extreme rain!  They’re counting on us to have short memories.

Former NASA climate scientist Dr. Roy Spencer, who manages temperature satellites at the University of Alabama-Huntsville, posted a graph plotting major Texas hurricane strikes (in red) with Gulf of Mexico water temperatures.  The graph (below) shows no correlation between hurricanes and the naturally fluctuating temperature of the Gulf.

Dr. Spencer also recently wrote a new book, An Inconvenient Deception: How Al Gore Distorts Climate Science and Energy Policy, which is a direct takedown of the many deceptions and outright lies in Al Gore’s recent Inconvenient Sequel.  We recommend you get a copy for yourself at Amazon.  Dr. Spencer’s book has become a best-seller and is out-selling the book Gore had published to accompany his film.

The massive flooding in Houston may become the most expensive natural disaster in American history.  There is a simple reason for this.  The property under water in Houston has become extremely valuable.  Houston developing into a valuable gem of a city is an example of something truly man-made.  So is the massive relief and recovery effort now underway.  Neither would be possible without the power of the free market the warming folks seek to destroy.

Houston is suffering.  Texans needs all of our prayers and assistance.

Thank you to everyone in Texas ferrying people to safety in their own small boats, opening their homes, businesses and churches to those needing shelter, and doing all they can to help.  You are, unlike the climate hustlers seeking to exploit this hurricane for shallow political purposes, an inspiration to us all. 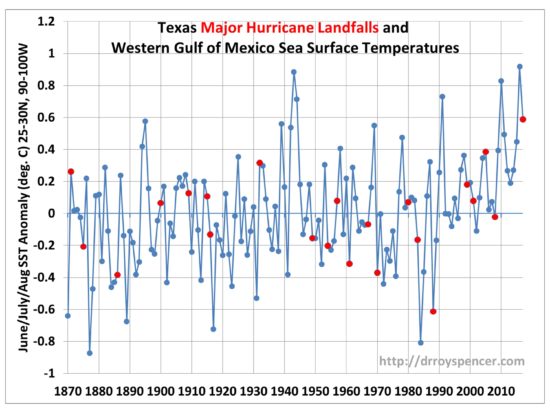 Read the facts from Dr. Spencer 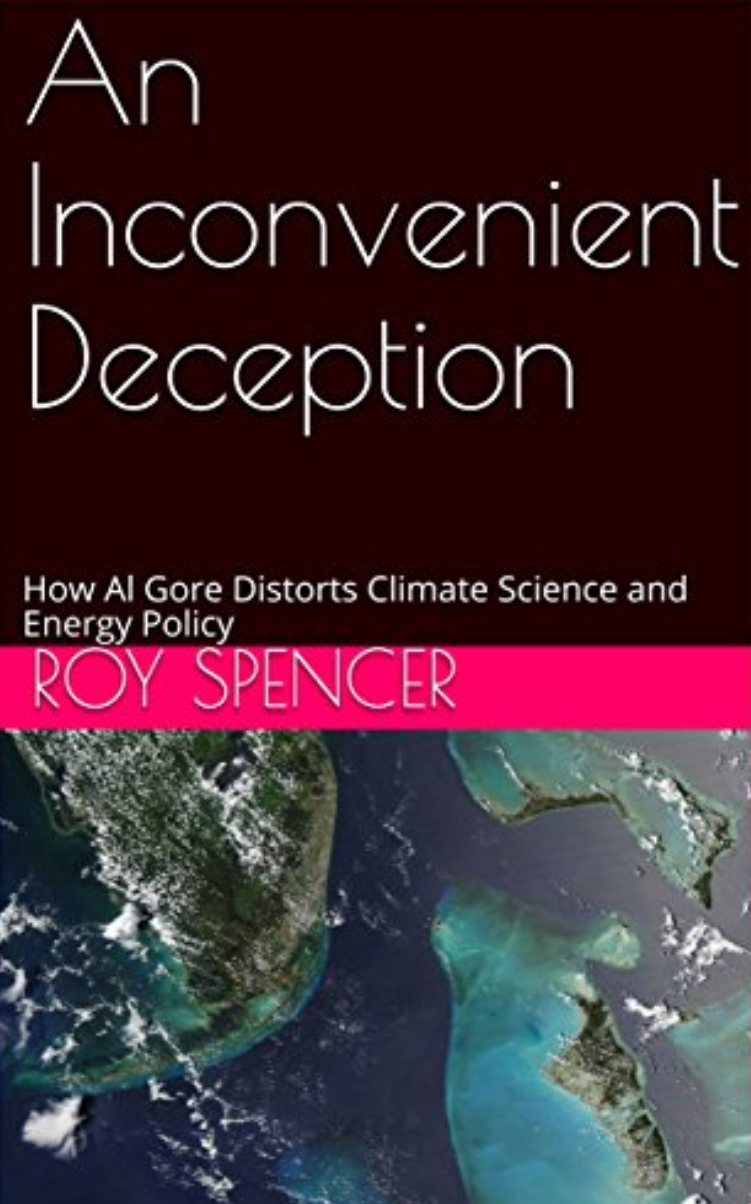 Buy it now at Amazon