Canada is experiencing a cold spell — not just with respect to the weather.

The country is set to fall into tough economic times with its business climate going into deep freeze.
As noted recently in the Economist magazine:
“Oil and vehicles, Canada’s two biggest exports, are both declining, and may continue to do so. The workforce is shrinking as aging baby-boomers retire. Economists worry that consumers, who have built up record levels of debt, will spend less as interest rates rise … [and] without changes, GDP will grow by an average of 1.5% over the next 50 years, half the rate of the previous 50. The economy grew 3% last year. But the government forecasts a slowdown to 2.2% this year and to 1.6% in 2019.”
Much of this gloomy forecast can undoubtedly be linked to the Green, high tax policies now being undertaken by Canada’s Prime Minister Justin Trudeau and his Liberal majority. 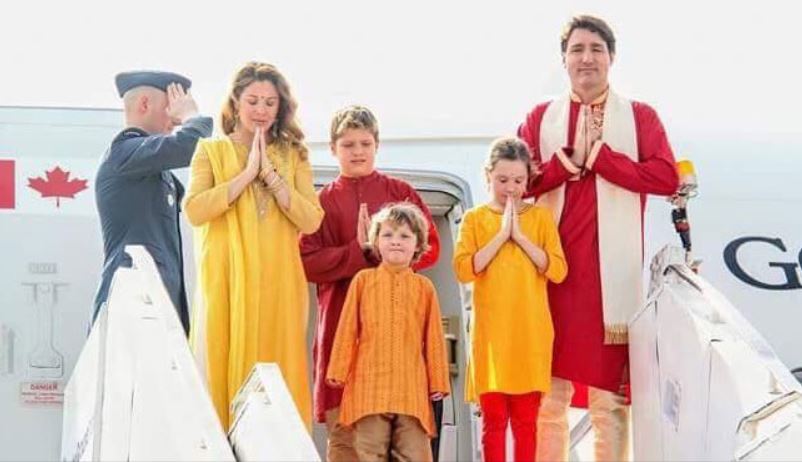 Since sweeping into power in 2015, Trudeau has made no bones about his desire to “decarbonize” and Green the Canadian economy.
He pushed for a national carbon tax, or cap and trade equivalent, to meet its Paris objectives — even over the objections of reluctant provinces like Saskatchewan and Manitoba.  This year his ambitious Green-inspired plan is actually being rolled out nationwide, with the “price per ton” of carbon kicking off “modestly” at around $10 a ton, and then increasing dramatically to around $50 a ton by 2022 (provinces can also opt for a hefty cap and trade system if they want to go down that problematic road instead).
Add to this his party’s desire to heavily subsidize and push renewable energy, as well as an alarming suspicion his hitherto unqualified support for the Oil Sands in Alberta is wavering (he recently remarked about “phasing out” the Oil Sands – then walked back), there is real reason to believe Canada is steering its economic dogsled uphill and against the wind.
But there are positive developments taking place in the Great White North as well.  One of these included a gathering of concerned citizens, political leaders and public policy experts that took place in Calgary, Alberta last weekend.
Organized by the Economic Education Association of Alberta, this conference hosted a number of excellent activists and thinkers, including the Hon. Stockton Day, social media guru Kim Purdy, film maker John Robson, Peter Holle of the Frontier Center for Public Policy, and many others.  I was very please to also be invited to speak and share CFACT’s ideas on how to better advance free market, pro-liberty values throughout North America — especially focusing on Millennials.  I think everyone who attended would agree this meeting was a wonderful success.
CFACT strongly believes our movement needs to both pay attention to, and network with, pro-liberty movers-and-shakers in other parts of the world.  We believe many of the issues we face are similar if not identical in nature to theirs.
Another good reason to network is because our common ideological adversaries (the UN, Greens, etc) also network and operate across international borders. Of course, they do so to spread eco-darkness — which CFACT is committed to oppose.
How good it is to know that in opposing them, we too have allies standing with us!