2021 State Of The Climate Report

A number of key metrics have been promoted by the press and politicians over the past few decades as evidence of a deteriorating climate. These include sea ice, polar temperatures, forest fire burn acreage, heat waves, drought, sea level rise, coral reef health and the fate of island nations and beaches. This past year was not a good year for their narrative.

According to the National Snow and Ice Data Center in Boulder, Colorado, Arctic sea ice extent finished the year at the highest level since 2003. 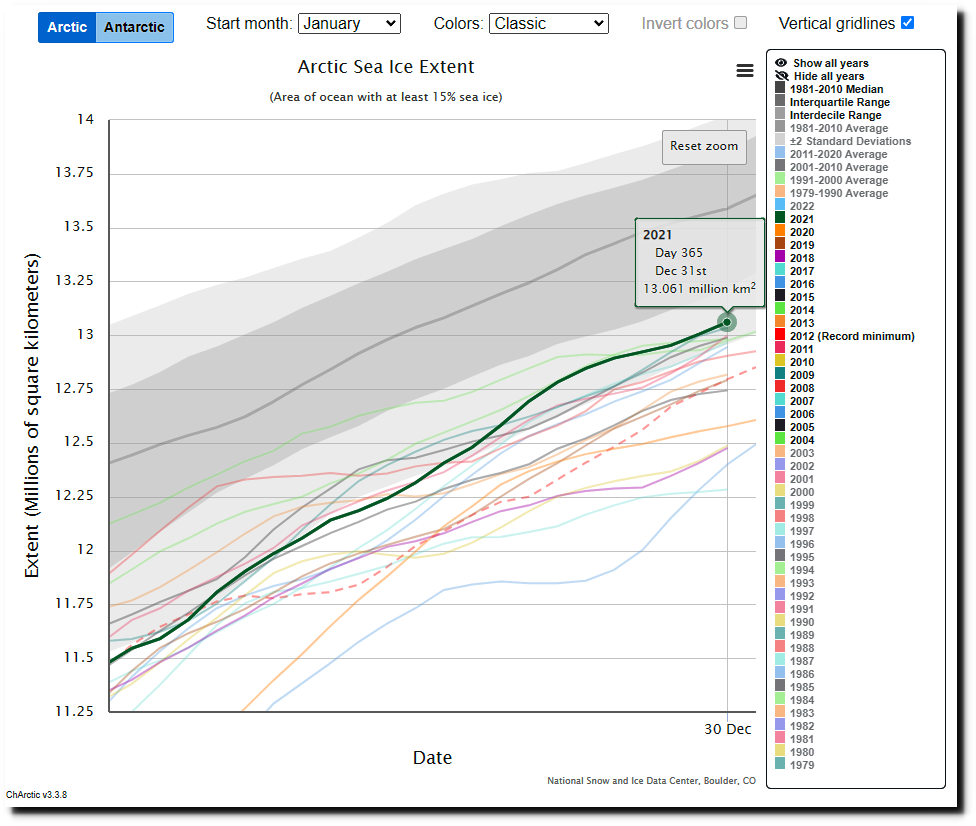 Arctic sea ice extent is about the same as it was in 1991. 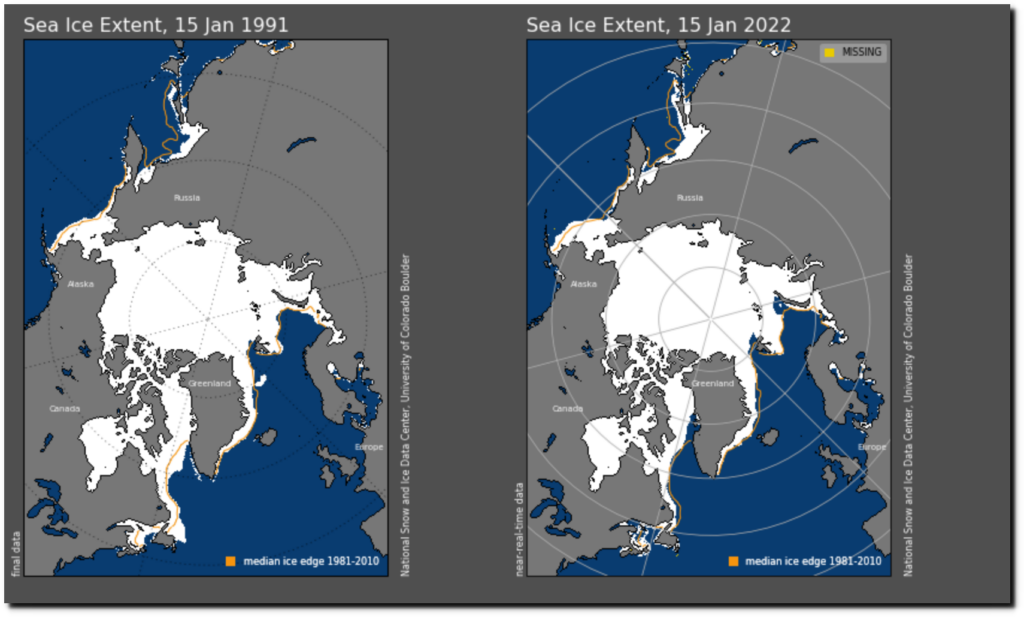 There has been no trend in Arctic sea ice extent for the past fifteen years. 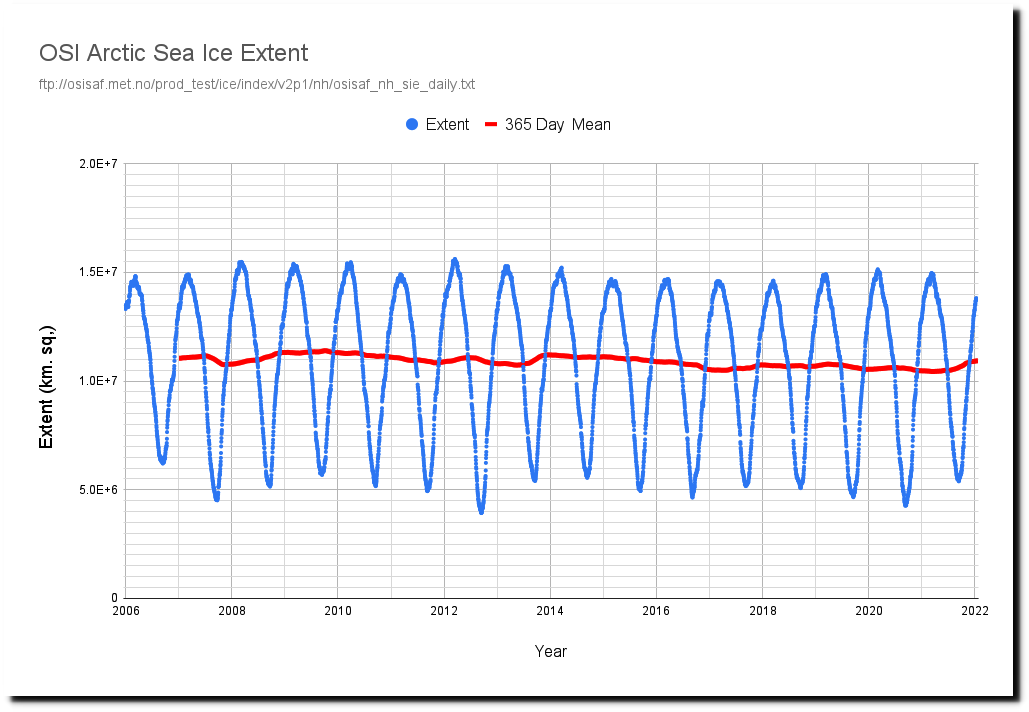 Antarctica had their coldest January in over 40 years. 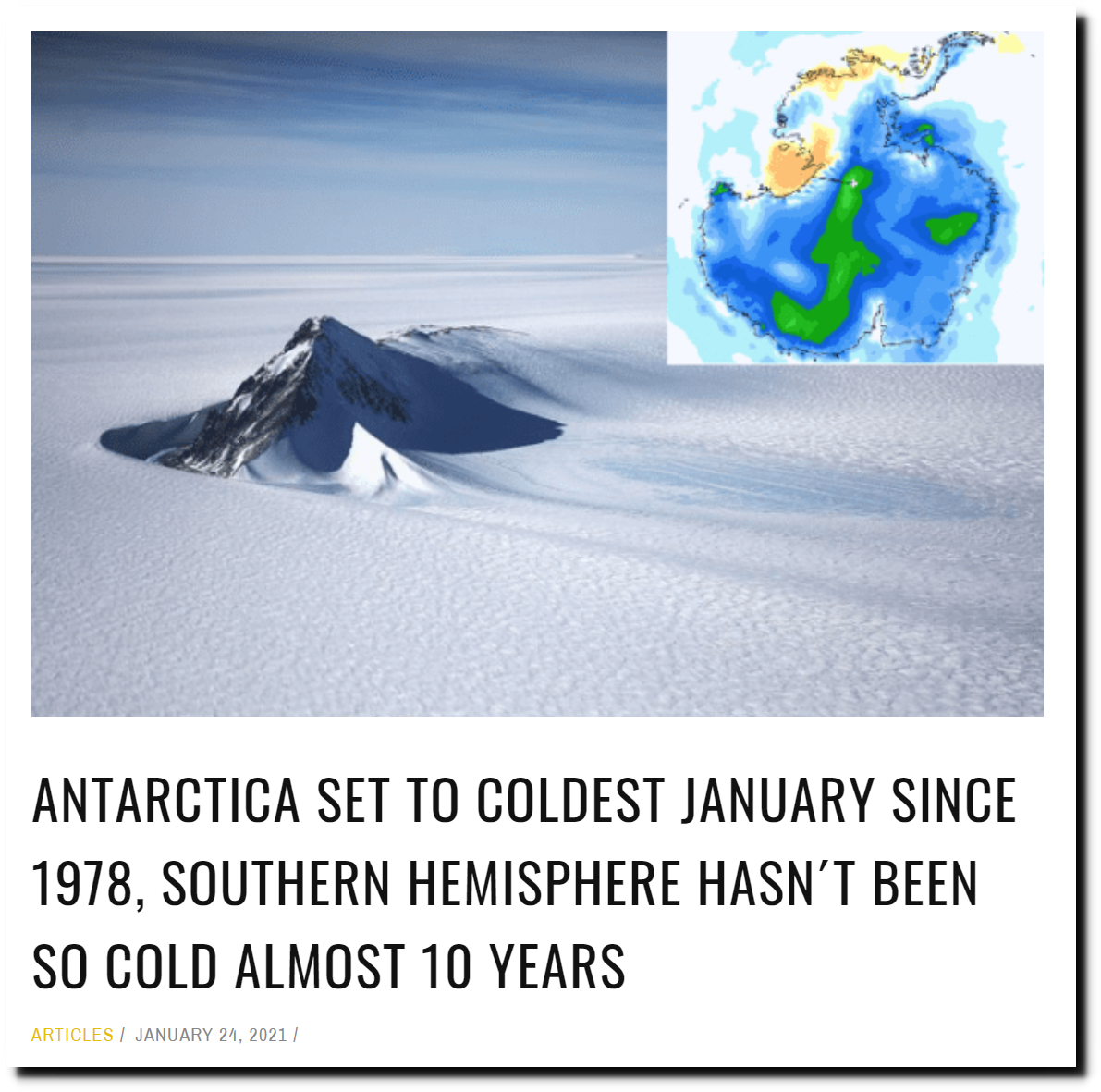 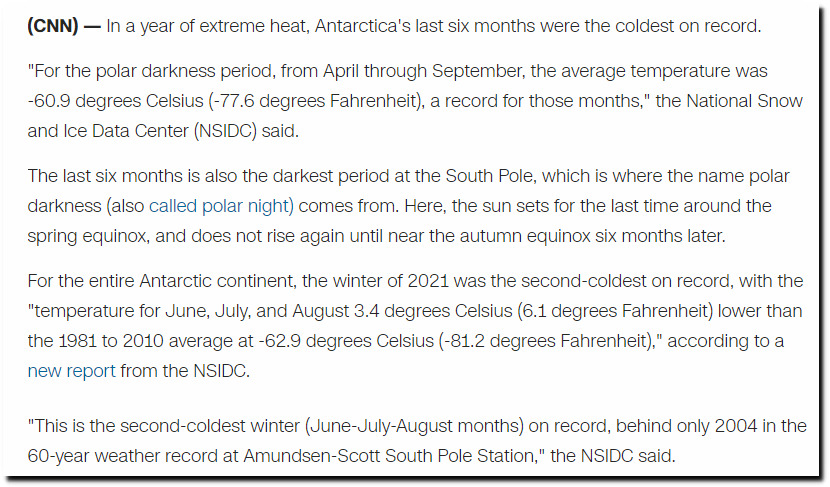 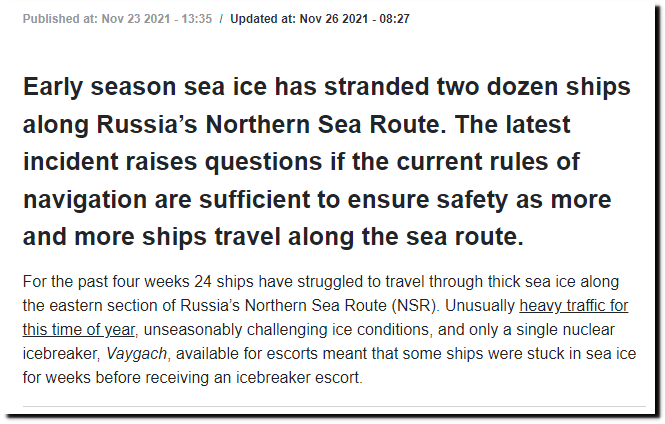 US forest fire burn acreage was well below average and down 80% since the 1930s. This chart uses data from the National Interagency Fire Center captured on January 29, 2021 – shortly before the Biden administration deleted it and hid all of the data prior to 1983. 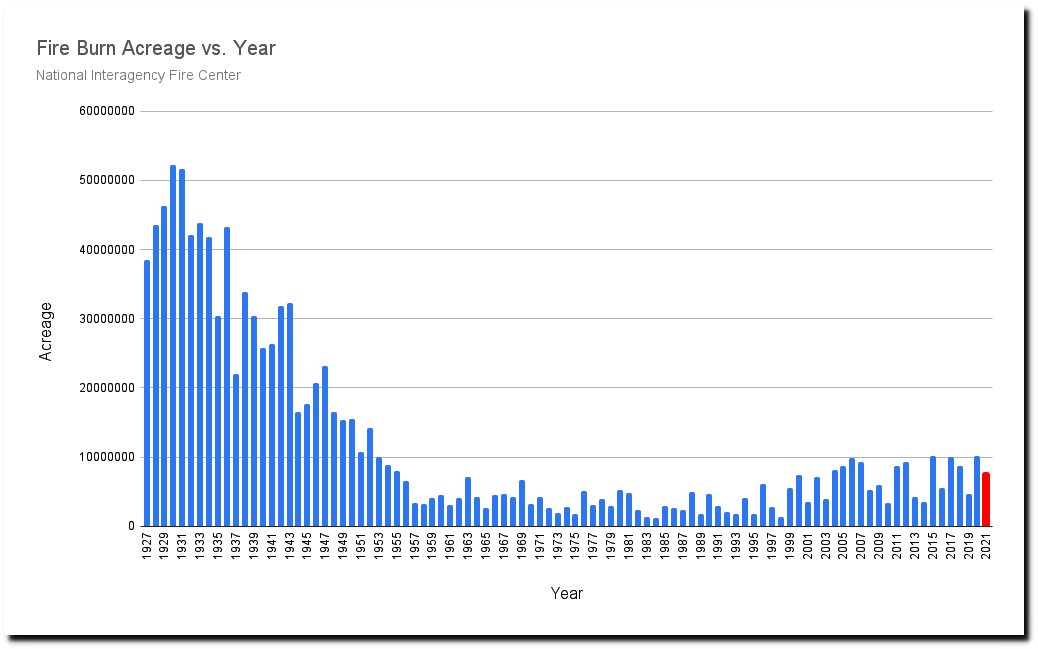 According to NOAA’s United States Historical Climatology Network data, the percentage of the US to reach 95F (35C) sometime during the year peaked in 1931 and has been declining for 90 years. Last year was well below average. 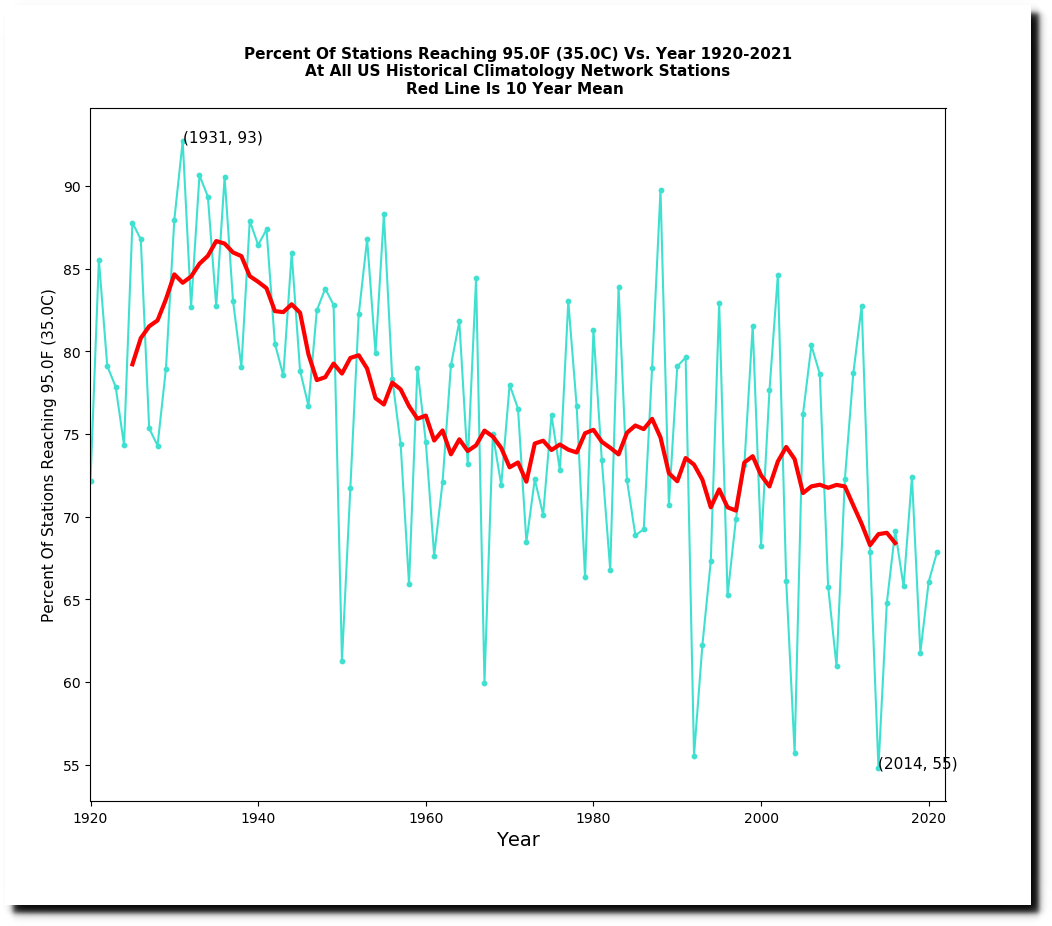 The percent of hot afternoons in the US was below average and has been declining for ninety years. 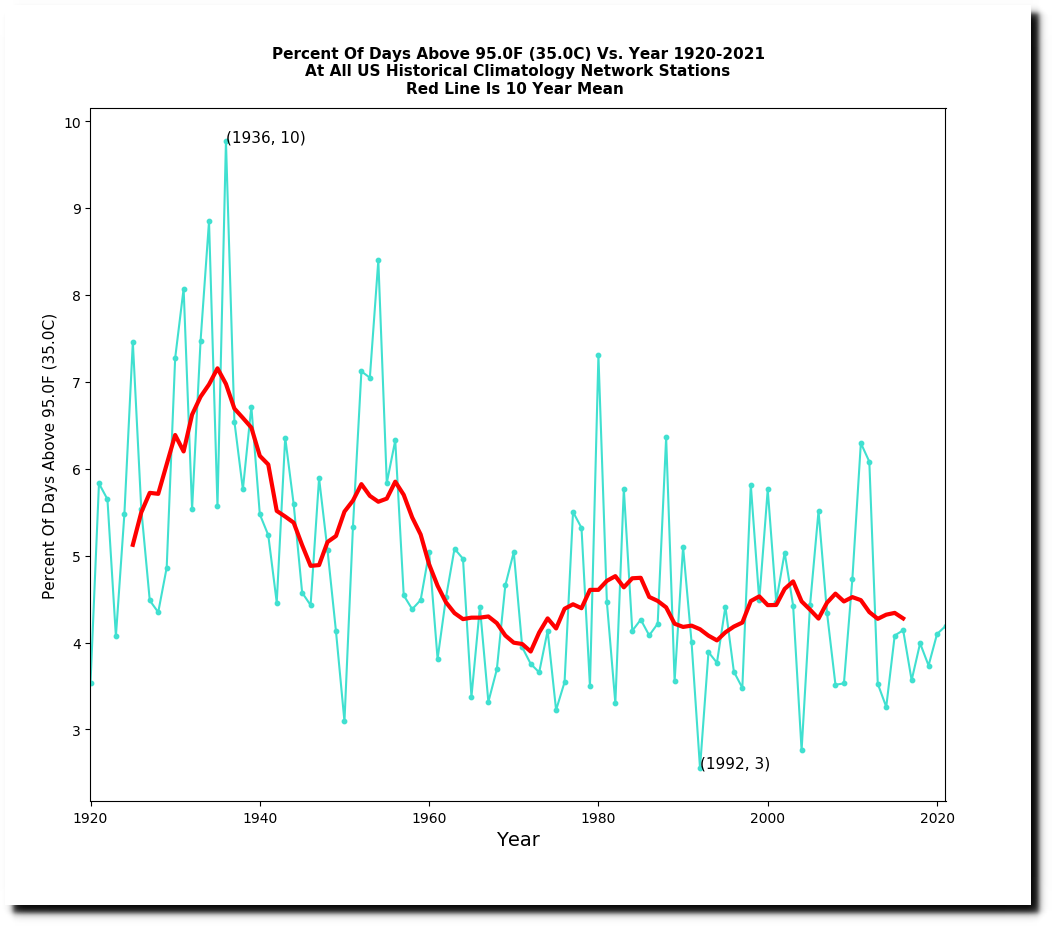 The US is getting wetter and droughts have become less severe and frequent. 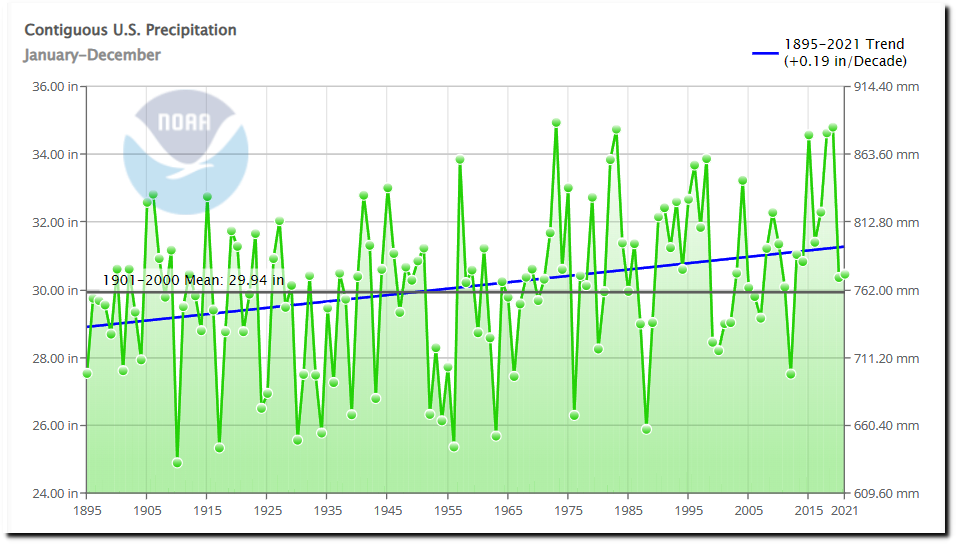 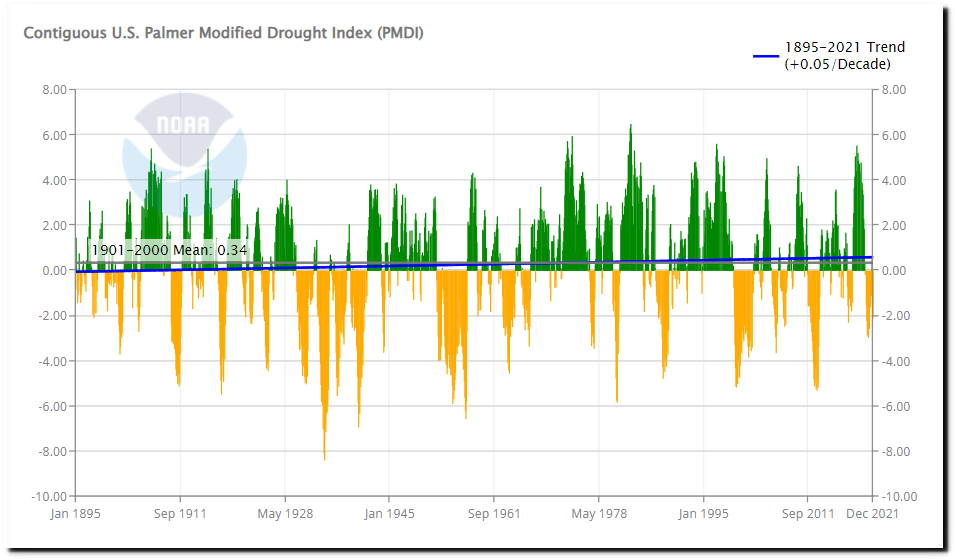 Sea level rise is not accelerating and is below all of NOAA’s scenarios. The chart for Lower Manhattan below is fairly typical for all US stations. 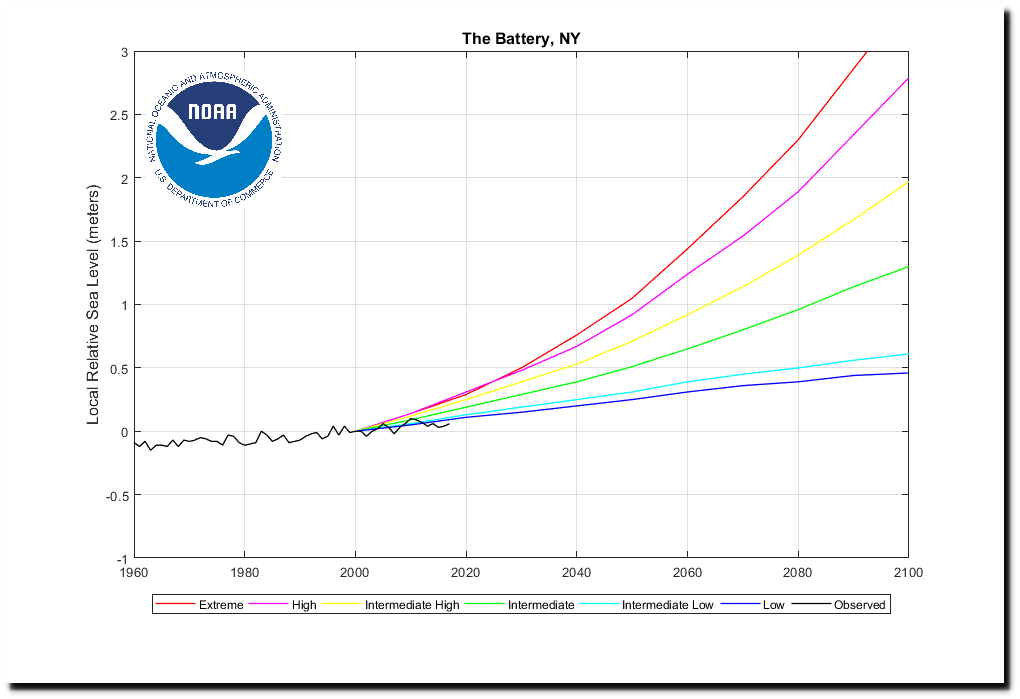 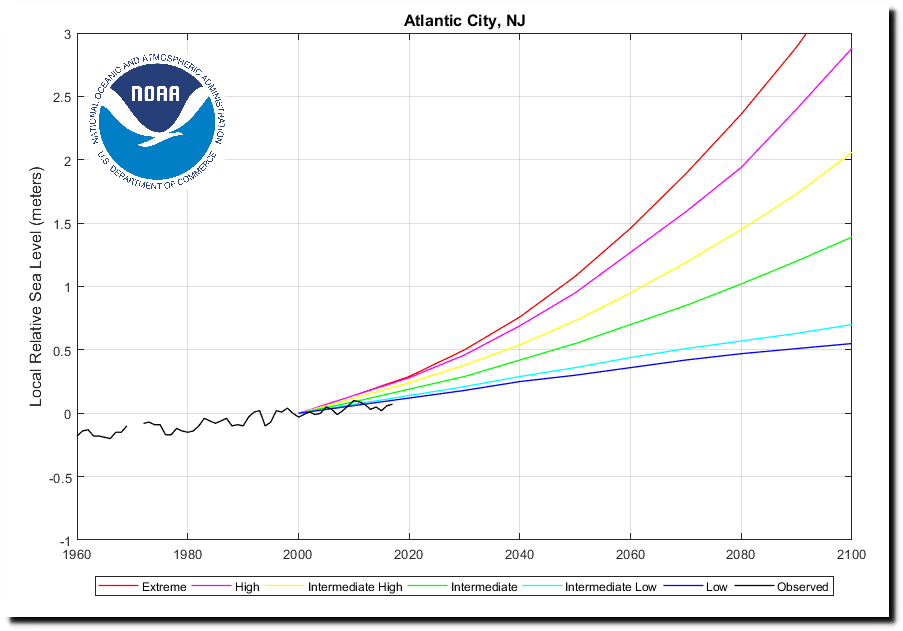 The official data from the Australian Government shows the Great Barrier Reef has the most extensive coral coverage since at least 1985. 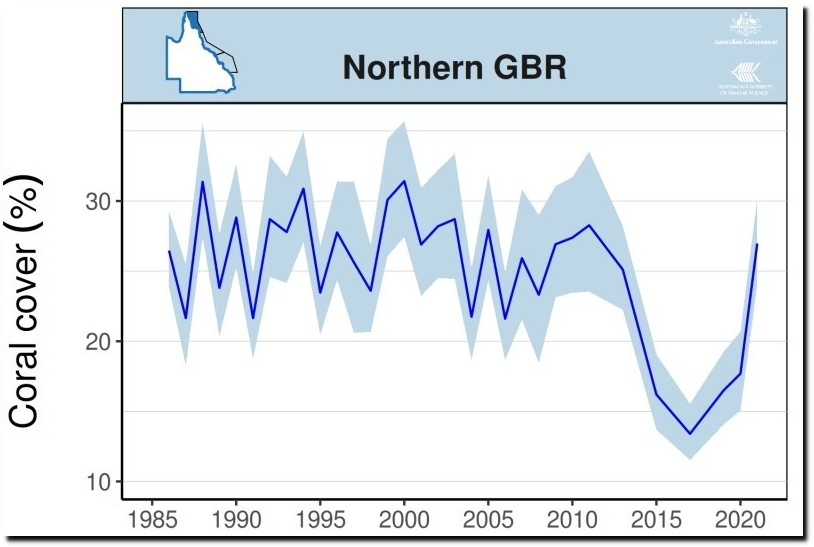 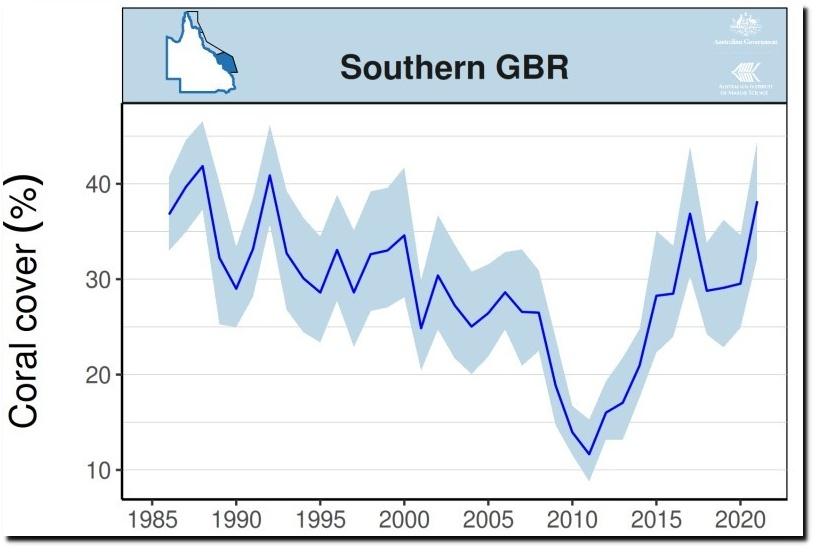 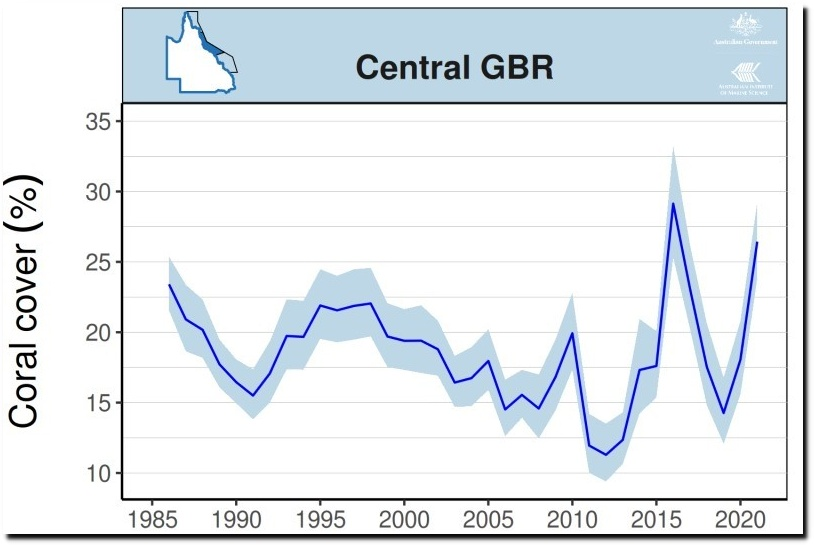 Australia ended the year with no part of the country in drought. 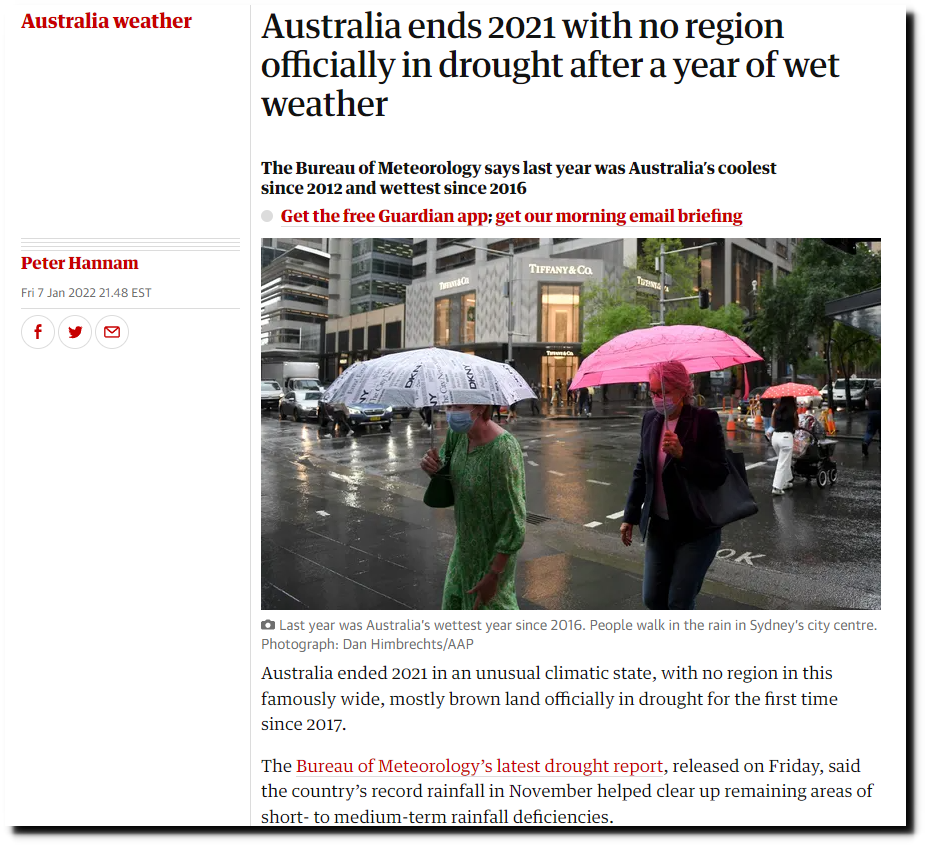 Island nations have been getting larger, not disappearing as predicted. 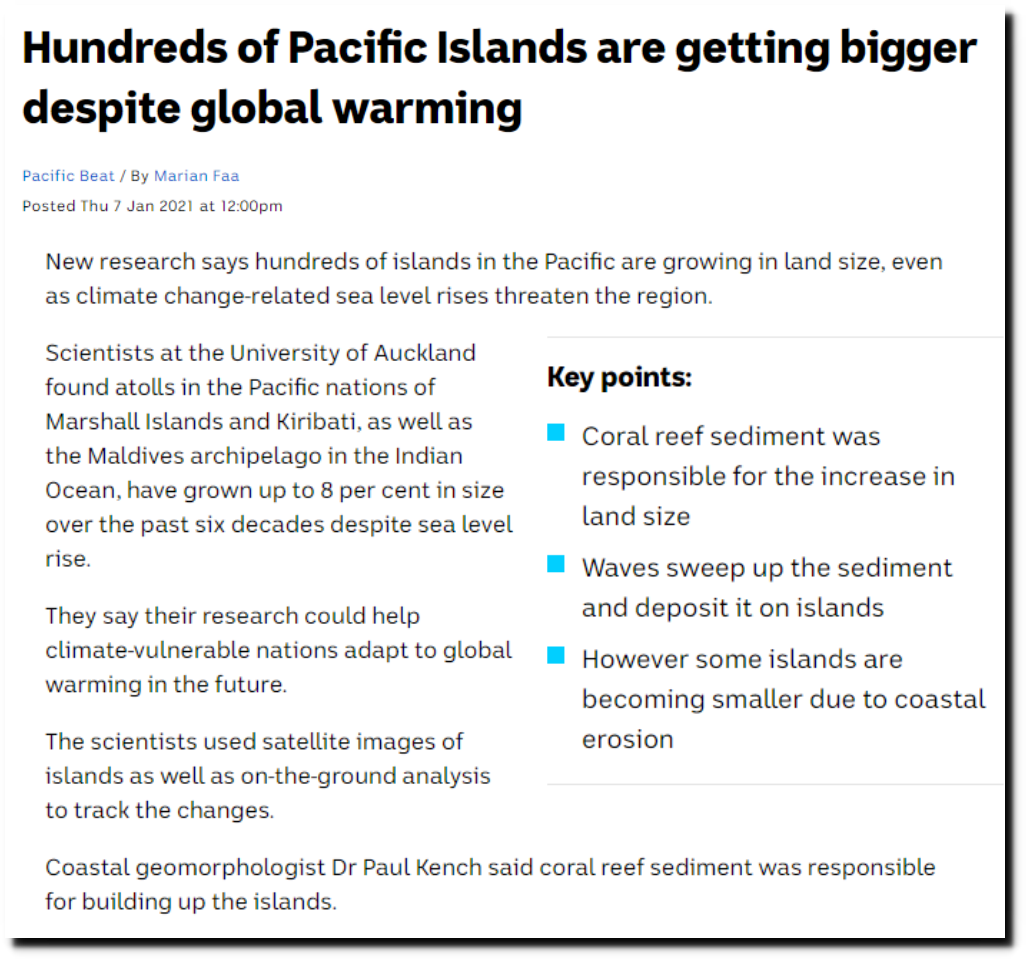 Similarly, beaches have been getting larger – the opposite of predictions being promoted by the press. 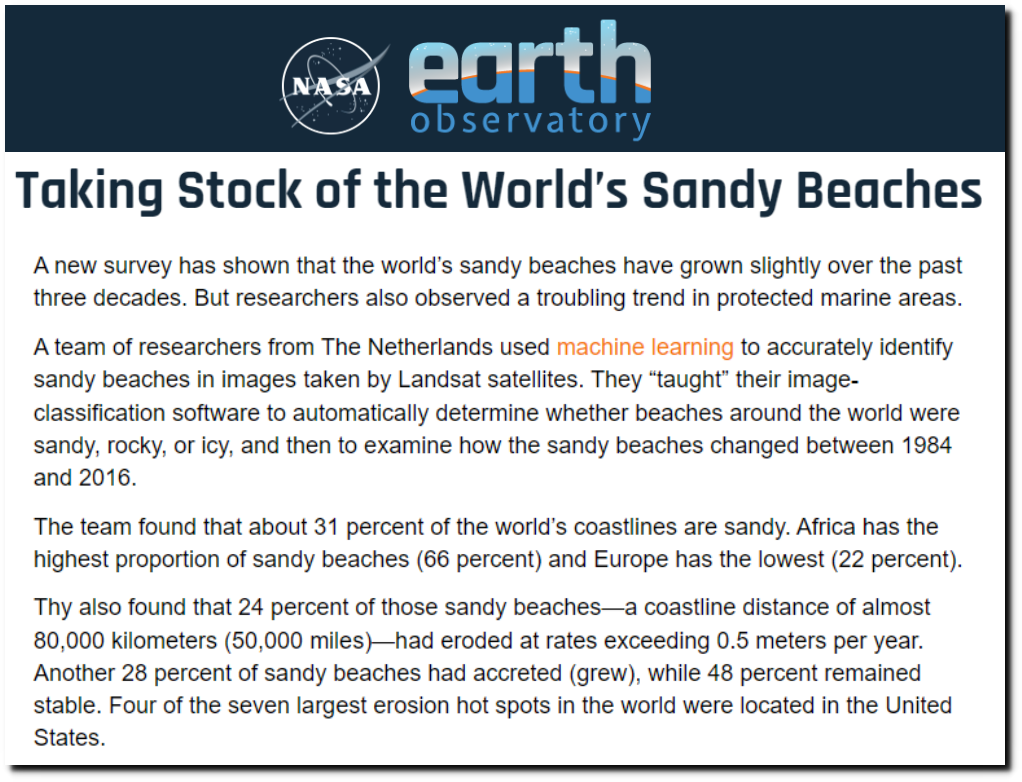 In response to the overwhelming failure of their predictions over the past few decades, the press has adopted a strategy of posting pictures of things burning as evidence of “climate change.” 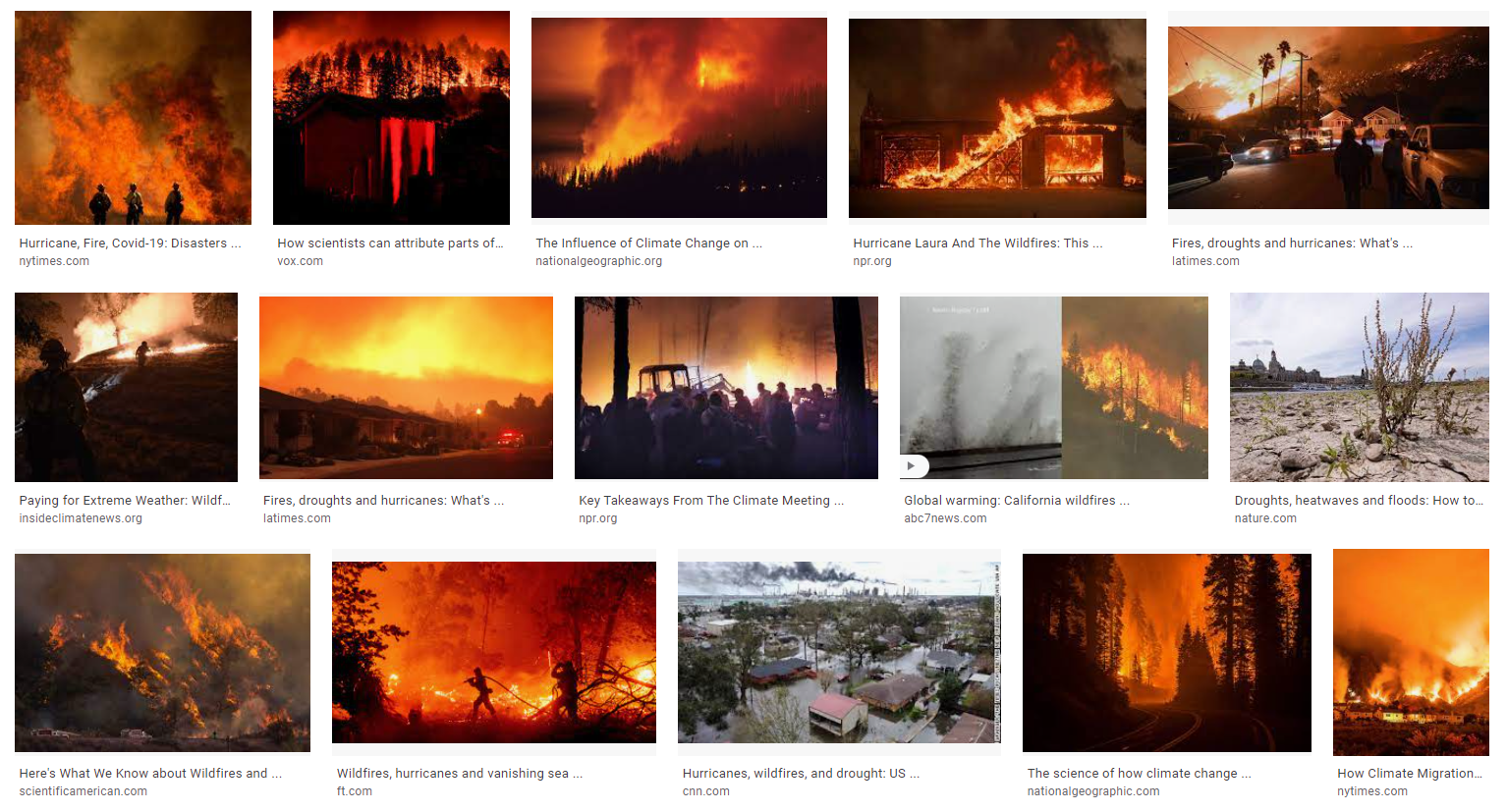 But in 1937 a forest fire started every three minutes in the United States and burn acreage has dropped sharply since then. 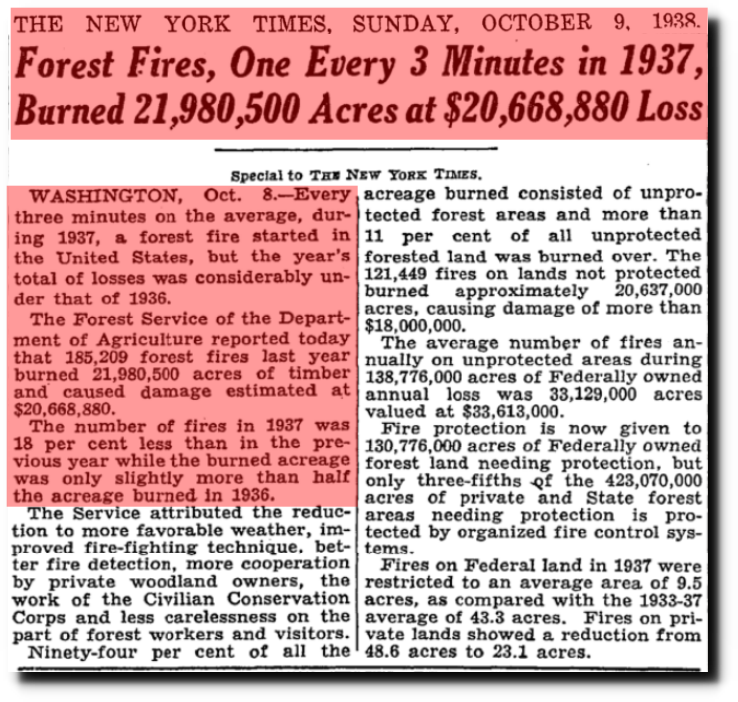 The press promotes scary forecasts to push the climate agenda, and when the forecasts fail there is no follow-up, mea culpa or retraction. They simply move on to different ways to promote fear. This past year was a disaster for them scientifically – but based on polling they were highly successful with their propaganda.