Nipping a legal problem in the bud

One of my recent articles predicted that the U.S. Fish and Wildlife Service’s endangered species designation for the rusty patched bumblebee would lead to its being used to delay or block construction projects and pesticide use on hundreds of millions of acres of U.S. farmland. The abuses have already begun.

Projects in Minnesota and elsewhere have been delayed, while people tried to ascertain that no bees were actually nesting in the areas. Now a federal district court judge has ruled that the Environmental Protection Agency failed to consult with the FWS before approving 59 products containing neonicotinoid pesticides that are used primarily as seed coatings for corn, canola, cotton, potato, sugar beet, and other crops.

As crops bud and grow, Interior Secretary Ryan Zinke and EPA Administrator Scott Pruitt must nip this problem in the bud. Thankfully, Judge Maxine Chesney has given them the means to do so.

The Endangered Species Act requires that the EPA determine whether a pesticide “may affect” a listed species, she noted, and consult with the FWS and National Marine Fisheries Service (NMFS), which has no conceivable role in protecting domesticated or wild bees, before approving the 59 products, which contain the neonics clothianidin or thiamethoxam. So the EPA must consult with the agencies and determine that the insecticides would have “no effect” on the species or establish stricter guidelines for using them.

products, because of alleged risks to bees and other pollinators. Pesticide manufacturers, their CropLife America trade association, and various farmers and beekeepers argued that these “neonic” insecticides are safe for bees, and no new measures or restrictions are needed.

Properly done, consultation would evaluate the conflicting claims and ensure more informed policies. During the Obama Administration, those consultations would likely have involved only the EPA, the FWS, and the NMFS, where many analysts have anti-pesticide views, along with the anti-insecticide plaintiffs. The industry and other parties who intervened in the lawsuit would likely have been excluded or ignored.

But those interveners certainly bring essential expertise. So do farmers, other beekeepers, the Department of Agriculture, scientists who have been studying neonic and other threats to honeybees, and wild bee experts like Sam Droege in the Interior Department’s U.S. Geological Survey.

Truly informed policies and regulations must involve all such experts, as well as parties who will be most affected by any EPA-DOI decisions: construction companies and unions, local government officials, conventional farmers who rely on neonics to protect their crops – and beekeepers who increasingly understand that honeybee colony losses in recent years were due to natural pests and pathogens, and that alternative pesticides are actually more harmful to bees than neonics.

Extensive studies have concluded that the actual cause of bee die-offs and “colony collapse disorders” has been a toxic mix of tiny pests (parasitic Varroa destructor mites, phorid flies, Nosema ceranae gut fungus, tobacco ringspot virus, and deformed wing virus) – as well as chemicals used by beekeepers trying to control these beehive infestations. These diseases and pathogens can easily spread to wild bees.

Field studies involving crops where bees forage for pollen have consistently found no observable adverse effects on honeybees resulting from exposures to properly applied neonic seed coatings. The studies assessed neonic residues from bees and hives under actual pollinating/pollen-gathering conditions; they found that pesticide residues were well below levels that can adversely affect bees – and that neonics “did not cause any detrimental effects on the development or reproduction” of honeybee and wild bee species.

That should not be surprising. Coating seeds ensures that neonic pesticides are absorbed into plant tissues – and thus target only pests that actually feed on the crops. This reduces or eliminates the need to spray crops with much larger quantities of neonicotinoid, pyrethroid, or other pesticides that definitely can kill birds, bats, and beneficial insects that inhabit or visit the fields or are impacted by accidental “over-sprays.” Even organic farming can harm bees, as it often employs powerful, toxic “natural” chemicals (like copper sulfate) and spraying with live Bt (Bacillus thuringiensis) bacteria.

Laboratory studies consistently overdose bees with pesticides, under conditions that do not come close to approximating what bees encounter in forests, grasslands, or croplands. That makes their findings highly questionable to useless for devising responsible, science-based regulations.

These realities help explain the sudden attention to wild bees. When the hullabaloo over honeybee deaths and “colony collapse disorder”

supposedly caused by pesticides (especially neonics) collapsed like a house of cards, eco-activists began raising alarums over wild bees species. That’s because so little is known that their latest “no wild bees – no food or flowers” claims cannot yet be refuted as convincingly as were claims about domesticated honeybees that have been bred and studied for centuries.

The FWS and the Interior Department clearly opened a Pandora’s Box when they decided to list the rusty patched bumblebee as endangered (rather than merely threatened). That bee’s historic range covers nearly 4 million acres, scattered in unknown segments among 378 million acres across 13 Northeastern and Midwestern states. Other species that anti-pesticide activists want added to the endangered list (yellow-banded, western, and Franklin’s bumblebees) were found historically in small areas scattered over more than a billion acres in 40 U.S. states. Some nest in the ground; others in trees.

If environmentalists succeed in getting these endangered designations – especially coupled with a narrow consultation process – they could delay, block or bankrupt power lines, bridges, highways, pipelines, housing developments, wastewater treatment plants, plowing operations and other projects all over the USA. Non-organic farming, neonic-treated seeds, and other pesticide use could be particularly vulnerable.

The actual environmental benefits would be minimal – or profoundly negative, as farmers are forced to use other insecticides or switch to land-intensive organic methods. Additional ironies abound.

The constant environmentalist, court, news media, and government agency attention to bees and pesticides is hard to understand in the context of policies that promote, mandate, and subsidize large-scale wind turbine installations – while ignoring or exempting their impacts on raptors and other birds, bats, and even whales (NMFS should investigate that) and human health. 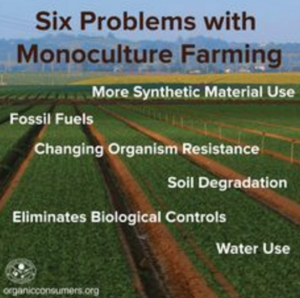 Meanwhile, extensive monoculture corn and canola plantations (to produce feed stocks for ethanol and biodiesel production) replace millions of acres of food crop and wildlife habitat lands, while using vast quantities of water, fertilizer, and energy to replace the oil, coal, and natural gas that rabid Greens want kept in the ground. These biofuel operations reduce biodiversity and the numbers and varieties of flowering plants on which wild bee species depend. In addition, over their life cycles ethanol and biodiesel generate more carbon dioxide than fossil fuels per Btu of energy produced (see here, here and here).

Broad-based consultations are, therefore, essential to ensure that all these topics are addressed by experts and affected parties who can help evaluate the science and policy implications for domesticated and wild bees, as well as for farming, construction, jobs, families, and other species.

They must assess not just the alleged risks of using neonics, but also the risks of not using them, risks associated with having to use other classes of pesticides, and risks that could be reduced or eliminated by using modern neonic seed coatings. They should focus on replicable, evidence-based, field-tested science, not laboratory studies; balance agricultural, consumer, and environmental needs; and consider bees in the context of how we protect (or don’t protect) other valuable wildlife species.

These steps would help restore science and common sense to policy and regulatory processes – and serve as a foundation for adjusting the Endangered Species Act to minimize regulatory and litigation excesses.