The antidote to Al Gore

aters, classrooms, televisions, and devices of all makes and sizes.

Not because the movie is interesting or accurate, but because of the Green-Left’s desire to use the falsehoods it contains to influence the minds of the American people, and others all around the world.

Fortunately, CFACT has an antidote!

In addition to being available on DVD, Blu-ray, and streaming on our own movie website, we are excited to announce that CFACT’s groundbreaking Climate Hustle documentary is also now available on iTunes, Vimeo, Amazon, Google Play, YouTube, Steam, Christian Cinema and more!

Unlike Gore’s unscientific climate narrative, Climate Hustle is grounded in solid facts that expose the global warming con game like no movie before or since.

And unlike Gore’s joyless, boring work of self-promotion, nearly everyone who sees our film agrees Climate Hustle doesn’t just inform, but it’s also fun to watch! The film currently has an 81% Five-Star rating on Amazon!

Have you seen Climate Hustle yet?  Now’s the time!

Do you know someone who needs to be inoculated against Gore and Company’s attempt to infect them with junk science and weather scares?

Get them a copy … don’t let Gore hustle them!

Help spread the word that Climate Hustle is now easier than ever to see. 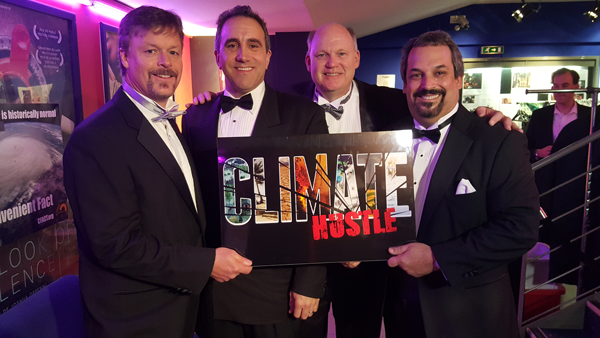