Henri is the storm we have feared for decades

The situation with Henri is growing dire. I strongly believe this will be stronger than the National Hurricane Center has at landfall. Their track has come to ours and ours is likely going to shift to the west this afternoon.

Note the SSTs to the east of the Virginia Capes: 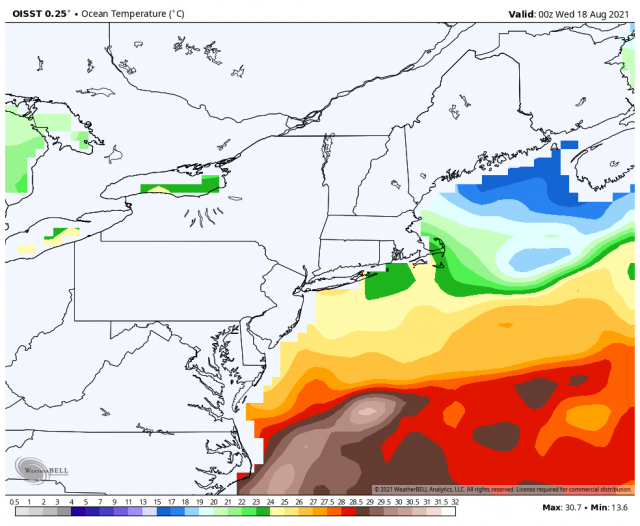 This is as warm as the Gulf Loop Current. The outflow pattern tomorrow is as textbook-perfect as it can get, with two jets ventilating it. 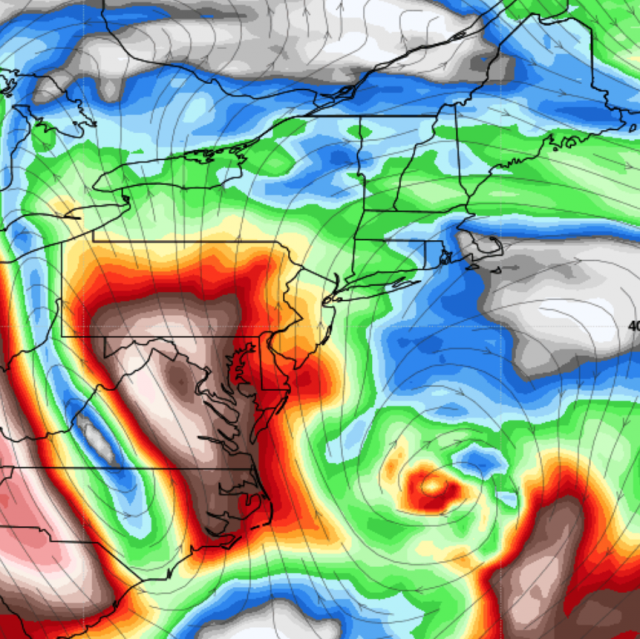 Keep in mind unlike other storms in this region, Henri is coming into this area to intensify. Most storms that hit New England are coming out ot their area of highest intensity. Consequently, my call on intensity is down to 960 mb or lower at its peak late tomorrow afternoon or night, and a hit at 980 mb or lower. The water is quite warm relative average, even to the coast: 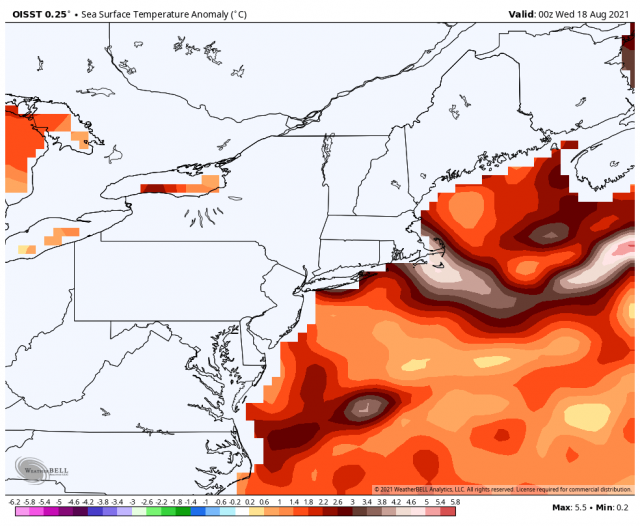 Low-level inflow and great upper-level support until landfall mean the weakening may be slower and only relative to how strong it gets in the first place. 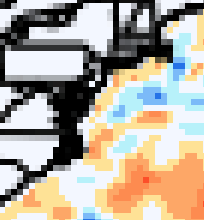 It was coming out of its area of maximum outflow support., not into it, and SSTs were much cooler. This current situation is the opposite: 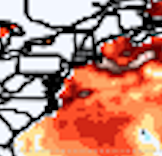 As per our morning discussion, this will join the who’s who of the greatest storms in this area and for some will become the new benchmark. A shift to the west in my track (and I don’t like to do that since we have been stronger and farther to the west all along), is becoming more likely.

This storm is something my dad would talk to me about for years when I was young, the shortcut storm that hit the northeast moving west of north, There is nothing that says this cannot happen. After all Fran, in 1996, was moving west of north all the way to western PA, this is just displaced east.   But like the Texas freeze where I was doing cartwheels trying to get the media to pick up the week before, the bread and circus of the media and politics is ignoring what may be a dominating story by Monday morning. And what’s more, the weather weaponizers will be out in full force, when the very person who exposes this stuff has been talking about this for years for one, in our preseason forecast for 2 and all this week for 3.  It’s almost like they are climate predators, they wait until after, then pounce on the unsuspecting which is almost everyone since no one is paying attention until it’s obvious. Then they turn around and come after the people who were watching it, yelling they deny climate when climate and past events is what they use to set this up from afar!

The best one can do if the mission is like the Watchman in the bible is to try to show to all who will look and listen. And understand who it is who does not want that out until it can be used for their own purpose.

Henry is weather, not climate, but the time to prepare is NOW.