Look at this Headline: “Storms strain Ohio’s electric grid, and climate change could make it worse”

A picture is worth a thousand words to counter this: 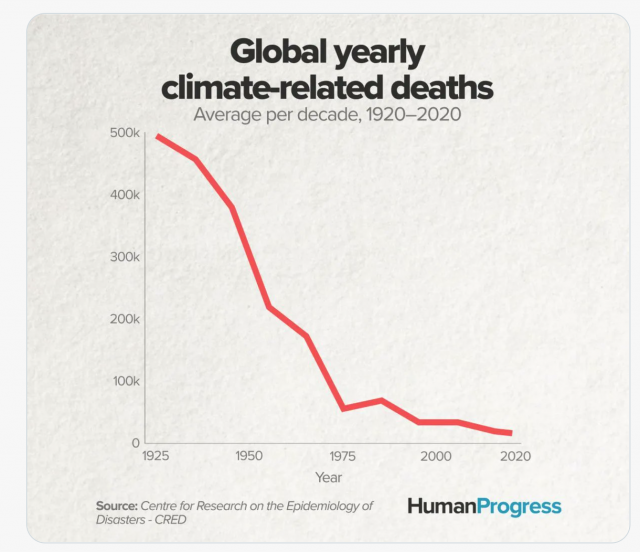 You will see a one-sided argument in the article that does not address a lot of nonweather factors that I am not going to explain here. But right off the bat, you can see things are getting better overall, yet the article is doom and gloom.

A  couple of weeks ago, at the hurricane conference, Dr. Phil Klotzbach essentially mimicked what I have been saying for many years, The Saffir Simpson scale is not the way to measure the power and impact of a hurricane. That drew headlines, yet there is no mention of someone in the private sector that has not only pushed that, but has a scale to replace it. Again the media reports what they want when they want and does no research to dig deeper. Hurricane data being used for political purposes in a phony climate war means that a scale that accurately describes the totality of the power of the storm could reveal what many suspect—that though there are a few more storms overall, they are weaker.

Take a look at this. Our analog package for the hurricane season has this anomaly at 700 MB: 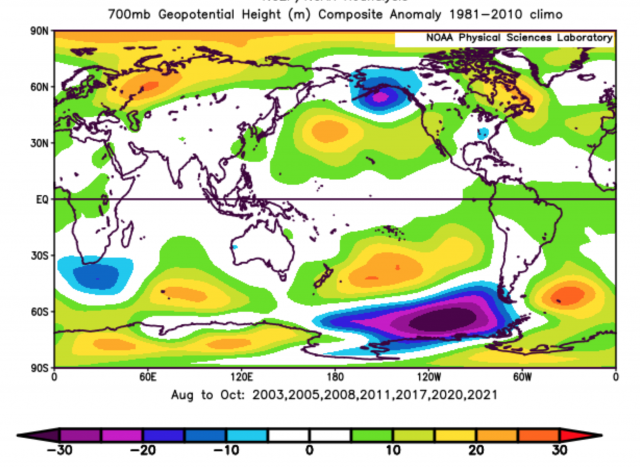 Here is what the model displays: 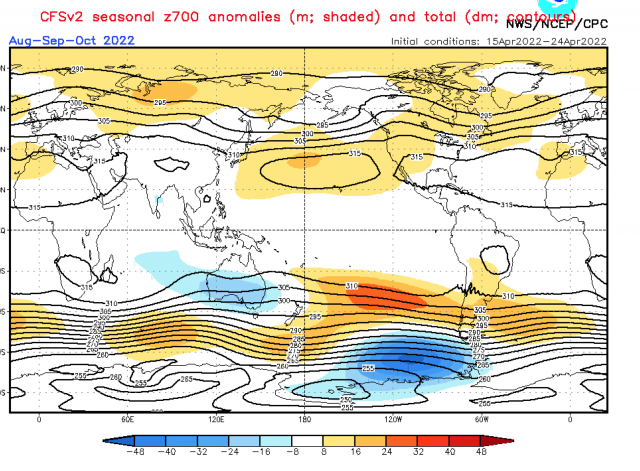 THE SIGNIFICANCE OF THIS IS HUGE! Even in the southern hemisphere the positives and negatives are in a position similar to the subjective (based on research and the methodology that I have developed over 4 decades) analog package we came up with. Explain then why we have the high impact season on the US coast. Those are big-hitting years in there (see top chart).

However, does anyone say anything or note it? Of course not. But if it happens, I will get trashed for saying it’s not climate change but a predictable result of this year’s global pattern—the same pattern that will likely lead to a weak year again in the western Pacific—said by people who don’t make such forecasts and have no idea that this even is out there. So there is a global common thread to all of this that will be tested.

Therein lies the problem. It is like we are a soundbite, snapshot society when it comes to issues of weather and climate. If someone digs into both sides, you get a picture that is different and links that show up that one would think could advance the field for the common good. However, that is not the case. So a tweet on this for instance, shows the setup several months in advance for the kind of hurricane season we think is coming (and we showed things way out in front last year, the year before and indeed every year since I came aboard on Weatherbell). See below:

No one cares until it can be used for an agenda; one of my agendas on Twitter is to try to nail forecasts and draw people to our site.

Do you see what I am getting at? It is out there, but unless it happens, no one gives a darn. When and if it does happen, the cause will then be blamed on something that people blame rather than looking at or studying.

We are running programs about the next 40 years of climate change. We are writing articles about how bad it is and when its actually getting better. I can only conclude that the goal is not the correct answer, but instead to convince people of a missive designed for another purpose. And it does not have the search for the truth on the matter as its basis.