Twenty-nine states, more than half the stars on the American flag, have filed lawsuits against the U.S. Environmental Protection Agency for redefining the “Waters of the United States,” or WOTUS, erasing “navigable” and usurping states’ rights by including local seasonal streams, farm irrigation ponds, roadside ditches, and even “connective” dry lands placed under authority of the Clean Water Act.

The WOTUS rule, published the morning of June 29, potentially subjects every food, energy, transportation and manufacturing industry in the nation to high-handed regulation by one of the most reviled and least trusted federal agencies, dreaded for its cadre of “revolving door” officials hired from anti-industry green groups.

The astonishing response began on the afternoon of June 29: states teamed up in clusters to file their lawsuits in a common U.S. District Court. Utah and 8 others filed with Georgia in Augusta’s U.S. Court; Alaska and 11 others filed with North Dakota in Bismark. Days later Mississippi and Louisiana filed with Texas in Galveston; Michigan filed with Ohio in Columbus; Oklahoma filed alone in Oklahoma City.

Each state lawsuit asked a federal judge to declare the WOTUS rule illegal and issue an injunction to prevent the EPA and the Army Corps of Engineers, co-administrator of the rule, from enforcing it. Each state also asked the judge to order both agencies to draft a new rule that complies with the law and honors state authority.

The WOTUS rule is so alarming because it enables agency 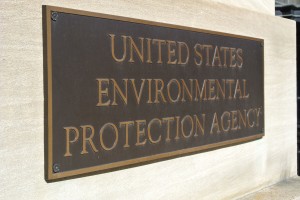 bureaucrats to control virtually anything that gets wet, including a desert dry wash that gets a “drizzle,” actual EPA language criticized by House Science Committee Chairman Lamar Smith (R-Texas) at a Heartland Institute conference in Washington in June.

American Farm Bureau Federation general counsel Ellen Steen announced the group’s lawsuit with similar distrust: “When EPA and the Corps first proposed the rule in March 2014, they promised clarity and certainty to farmers, ranchers, builders and other affected businesses and landowners. Instead we have a final rule that exceeds the agencies’ legal authority and fails to provide the clarity that was promised.”

The non-profit Pacific Legal Foundation sued on behalf of the state cattlemen’s associations of California, Washington, and New Mexico. When contacted for comment, the New Mexico Cattle Growers Association’s president, Jose Varela Lopez, said what many ranchers feel. He told The Daily Caller, “My family has been on our land for 14 generations, each leaving it better for the next. Water is the source of all life and after all our generations, our water is clear and the land lives on. We have the history to prove that we are caretakers of the water and the land without the help of the Environmental Protection Agency.”

The alarm over WOTUS is not just about strangulation by regulation. Corruption has become a primary issue: evidence has emerged that EPA officials unlawfully lobbied crony green groups to send “one million comments” supporting the rule, according to a May 19 New York Times article. The Army Corps of Engineers examined the comments and found that 98 percent appeared to be non-substantive mass mailings.