You can bet those in Hollywood and the media are going “goo-goo” with excitement.

To honor the release of Gore’s film, we at CFACT are now making available our own movie, Climate Hustle, available to stream on demand!

Head on over to ClimateHustle.com and stream the facts today! It’s the perfect rebuttal to Gore’s hot air flicks. 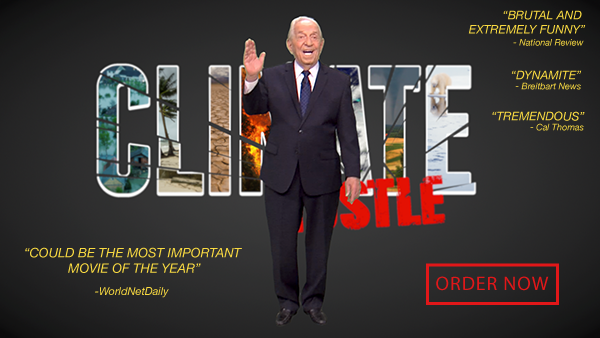 Weather Channel founder John Coleman, a CFACT friend and big Climate Hustle fan, is having none of this far-Left love-fest for Gore’s movie. He is calling out Gore’s broken relationship with the facts on climate.

“We have been horrified that Gore’s first scientific monstrosity has been shown as factual in schools throughout the world for all these years while our presentations in rebuttal have been generally ignored by educators and the liberal biased media,” Coleman added.

Coleman continued: “For years others and I begged Hollywood to give our scientifically accurate counteract on Gore’s sci-fi film a chance. We were ready and willing to make a fun but scientifically factual rebuttal to Mr. Gore. We were totally ignored. Thank goodness CFACT was able, at last, to produce a very well done answer with a internationally released theatrical film called Climate Hustle.”

Gore’s phony climate narrative should not be allowed to go unchallenged.  Spread the world that Climate Hustle is now available for instant streaming online and beat Gore back with the facts!