The French government is backing off a plan to phase out nuclear power. ay it would be too “brutal and unrealistic” to stick with a pledge to shut down nuclear power plants. Hulot said France would instead focus on reducing fossil fuel use, which includes a goal to ban gasoline cars by 2040.

President Emmanuel Macron supported existing plans to cap nuclear-generated electricity at 50 percent by 2025. France currently gets about 75 percent of its electricity from 58 nuclear nuclear power plants.

Pro-nuclear advocates were ecstatic with the announcement. Environmentalists tend to oppose nuclear power because of concerns over radiation and storing waste.

France and Germany pledged to phase out nuclear power in the wake of the 2011 Fukushima Daiichi meltdown. The Japanese nuclear plant melted down after being hit by an earthquake and tsunami in quick succession. 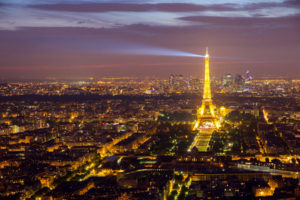 France’s electricity price stands at around 19 cents per kilowatt hour, which is about half what Germans pay on average. German industry, however, is largely exempt from energy taxes that make power so expensive.

France is probably looking across the Rhine as an example of what should not be done to cut emissions and keep energy prices relatively low.