Double shot of tropical trouble on the table, but been there, done that…

Landfall with Dorian was over Hatteras, but what if the next two hit, what is that a sign of ? Nothing that has not happened before:

This appears to be lining the storm up next week and the week after, perhaps a tad bit further west  than the above triumvirate because the MJO is  forecasted into  phase  8 which actually does not favor a recurve, but a southeast or eastern gulf hit: 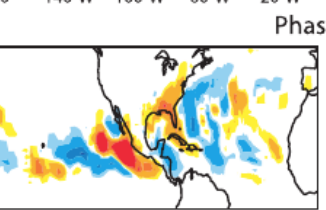 The hit areas are in brown, Notice how it favors later development, something we emphasized in our pre-season forecast that these storms would reach max intensity away from the deep tropics this year

In 1955 Connie and Diane hit back to back within 10 days in August.  Notice  the 500 mb pattern for that stretch

There is that ridge over southern Canada that I point out all the time to set up storms. ( Ridge over Troubled Waters rather than Sounds of Silence in the tropics)

Notice the forecasted pattern for next week, the big positive over the top and the trough way out in the Atlantic 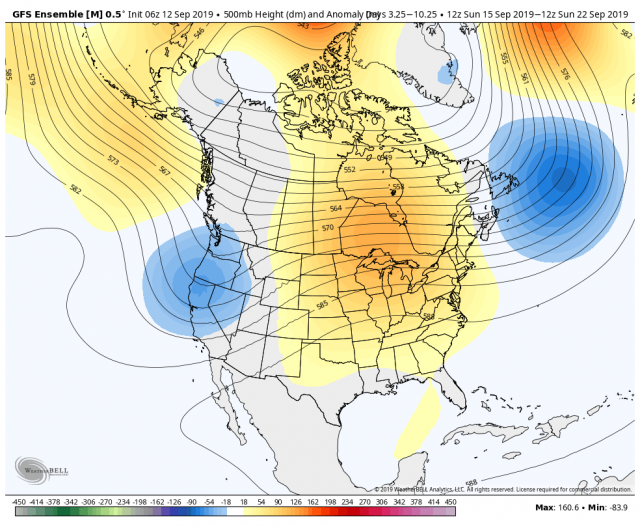 And then there is the JMA VV charts which look like the setup for Michael last year:

So another  question also becomes, if they hit, will it be at full intensity?

So what can we conclude?

2) If it happens, its because of a known pattern that I use to set these things up Last year Set up Florence on Sept 2, and set up Michael on Sept 16.

3) It’s not man caused for we saw it happen in  1955, In fact, the year before Carol, Edna and Hazel all showed up for 3 hits in one season on the east coast including 2 in New England within 12 days

4) The later days of the warm AMO in the  1950s had the frenzy similar to this, even more than it so far,   Chances are we are heading back to that cycle in the coming decade ( cooler).

5) If this does what I think it is capable of, the weaponization of hurricanes will once again come front and center,  Hopefully, objective readers of this understand before why all this is on the table. Simply look at the past. The examples are there

Wild things coming up next week and a bit beyond, Buckle up.