How times have changed.  When I was a freshman in high school, we had the first Earth Day. There was a 1-period assembly, and the drama club, with the aid of the Mainland Regional High School Cheerleaders, put on a play,  I will never forget it. The Cheerleaders all dressed up as trees and sang Steppenwolf’s “Monster” Except they changed the lyrics :

America, where are you now
Don’t you care about your sons and daughters
Don’t you know we need you now
We can’t fight alone against the monster

America, where are you now
Don’t you care about your  Parks and Waters
Don’t you know we need you now
We can’t fight alone against the monster

After seeing the cheerleaders dressed as trees,  I decided I would love to become a tree hugger myself.  However, 5 foot 2  165 lb freshman nerds were not eligible to be tree huggers in those days.

But times have changed and here we have the Youth of Today driven into a frenzy by the idea that we are faced with a climate crisis.

But what do the facts show?  I assume facts still matter in education and freedom of speech.

So in an effort to help out, being the tree hugger I still am ( I love clean air, water, etc)   I would like to  inform the youth of the planet about what they are striking about, I thought I would share several of many metrics that question  the authority of those telling them the world is spinning out of control into a co2 driven atmospheric apocalypse,  Assuming they can read charts and have an open mind, perhaps some before trudging off and missing class,  they will stop to ponder these charts

I will be brief, Attention spans aren’t what they used to be.

Let us go to major hurricane hits per decade: 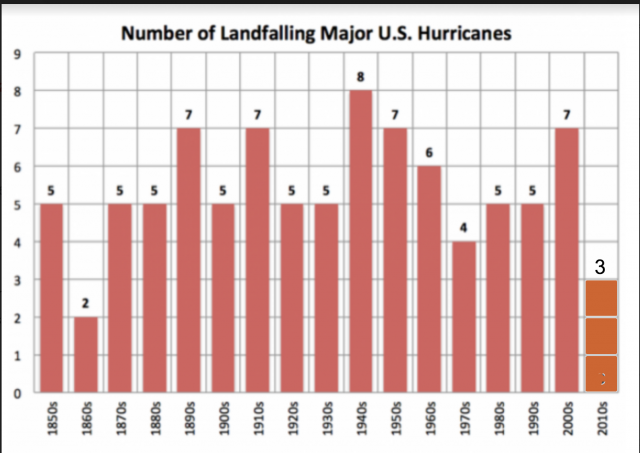 Heres a chart that means absolutely nothing because co2 has nothing to do with hurricane intensity so its just fun to show people.  Hits were greater when co2 was lower: 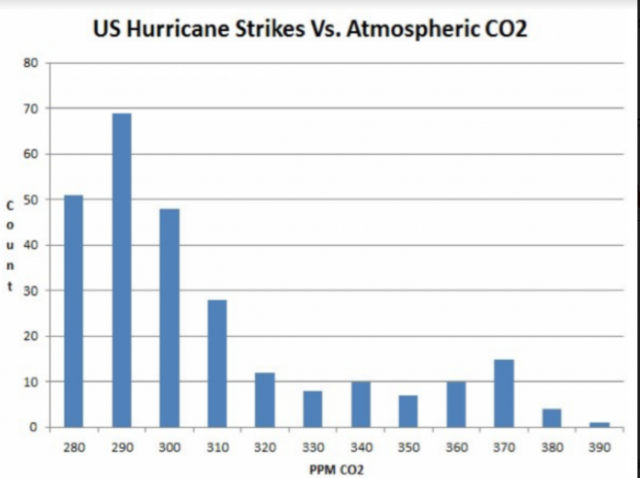 How about those tornadoes, No wonder Dorothy got swept away in the Wizard of Oz, they were worse back then: 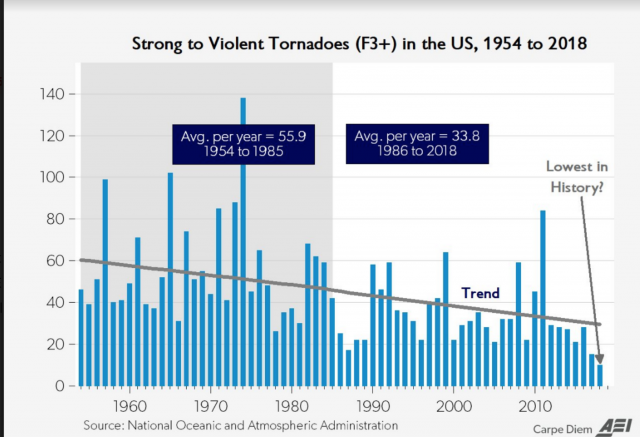 Wildfires were worse at the turn of the last century ( this year btw is well below the running 10-year average:

Heatwaves were indeed worse for your grandparents: 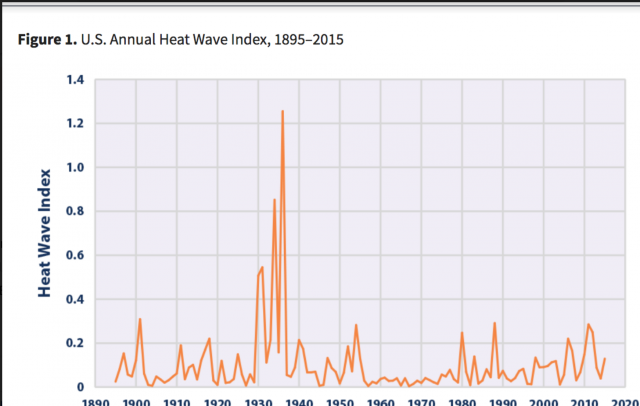 and fewer species are becoming extinct: 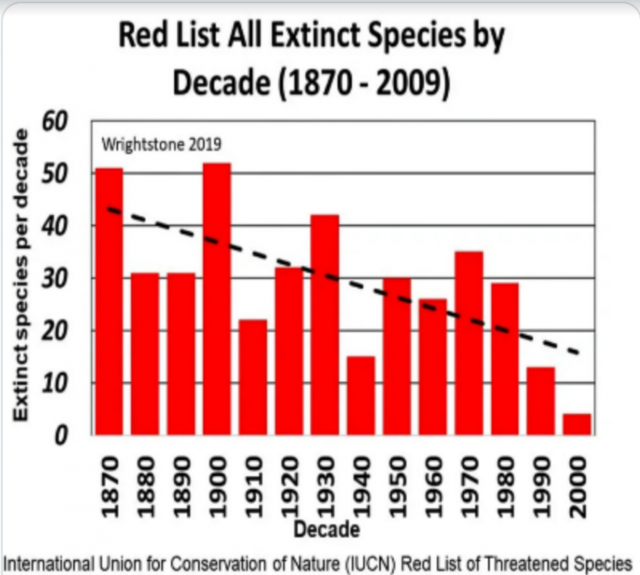 The earth is greener than it ever has been in the satellite era ( isnt that what the “green movement is about) More trees to hug. In fact given co2 helps plants grow, be careful cause you might have trees trying to hug you ( ha ha).

Bottom line, kids, life has never been better on planet earth, But look if you are outside striking today, it is likely in some pretty nice weather, So Enjoy the weather, not only is it the only weather you got but it is pretty darn nice in most places most of the time.