The polar bear catastrophe that wasn’t

Polar bears are the poster critters of the global warming movement.

Their striking white coats are absolutely adorable — when they’re not trying to eat you alive.

School kids are taught every day to agonize over the fate of cute white bears starving, drowning and dying out.

None of it is true.

Catastrophe That Never Happened explains why the catastrophic decline in polar bear numbers we were promised in 2007 failed to materialize.  Dr. Crockford sent us a limited supply of her fascinating book.  Buy yours now at the CFACT store.

Susan Crockford is the zoologist we wrote to you about last week who was purged from the University of Victoria for having the temerity to tell people the true facts about polar bears.

The warming-left considers their suffering cute polar bear narrative to be too valuable to allow hard data to interfere.  They are prepared to destroy the reputation of anyone who dares speak the truth.

The fact is that polar bears are a conservation success story.  Their numbers exploded from around 5,000 in the sixties to as many as 30,000 plus today thanks to a hunting ban.

You should definitely read all about it in The Polar Bear Catastrophe That Never Happened.

Arm yourself with the facts and help CFACT cool down the hype and restore balance and sanity to the global warming debate. 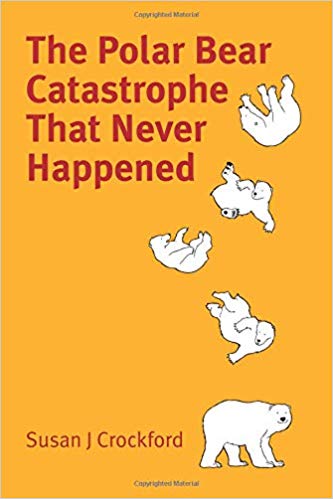 Buy it now at the CFACT store!