A mob of left-wing protesters wanted to stop EIKE, the European Institute for Climate and Energy, from holding its annual two-day scientific conference in Munich.  CFACT helped form EIKE 10 years ago to give Germany and Europe a climate skeptic voice as part of their political and scientific discourse.

The conference, which is a forum for scientists and experts who challenge global warming alarmism to express their views, was scheduled for months. Conference space, hotel rooms, and catering were booked.  Then the protesters showed up and marched around the hotel with a bullhorn weeks before it began.

The hotel chain contacted EIKE and canceled their contract.

Polar bear expert Susan Crockford who is speaking at the conference wrote:

I found out late yesterday that the organizers of the Munich conference had had their venue cancelled at the last minute due to intimidation by activists from a group called the ‘Anti-Capitalist Climate Society.‘ Apparently, a crowd of about 20 thugs staged a flash mob at the hotel booked to host the EIKE meeting and threatened further havoc and disruption to guests if the conference was allowed to go ahead.

‘The safety and well-being of our guests and staff is always our top priority,’ hotel management declared in its cancellation letter. ‘Due to the polarizing effect of the EIKE association we could not guarantee this security for our hotel guests or for the participants of the event. For this reason, our responsibility as hosts requires you to cancel this booking.’

EIKE’s scientists are polarizing?  How’s that for victim blaming!?  Maybe it’s the radicals trying to bully their neighbors into Socialism who are polarizing. 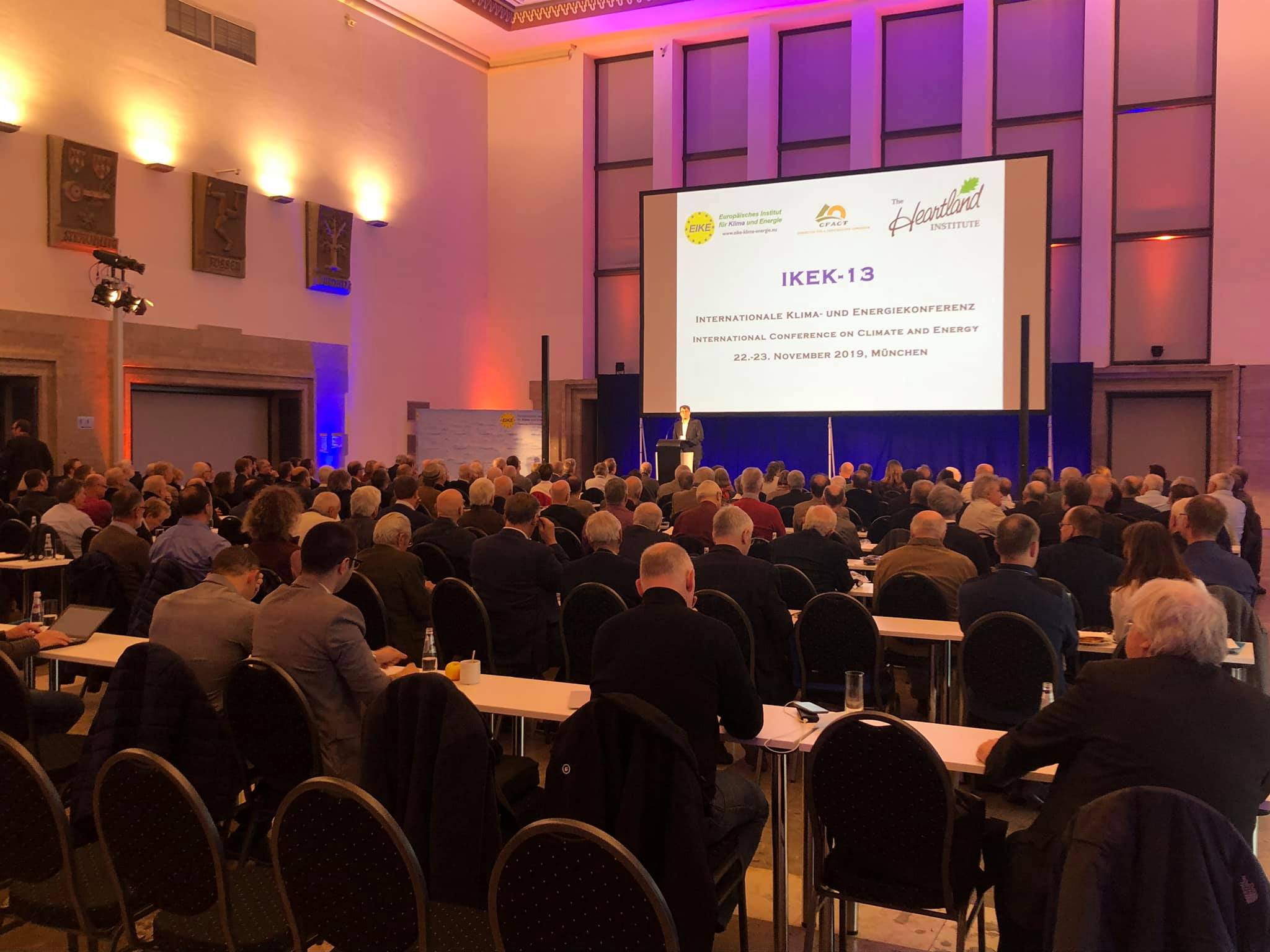 EIKE quickly scrambled and worked to move their conference to a Holiday Inn.  Then the Holiday Inn backed out!

The good news is that the conference opened today.  The protesters showed up, but did not succeed in their mission to shut down science.  Their banner (above) reads, “we found you.”

Germany is not only several steps further down the road to bad energy policy, Germans do not enjoy the degree of free speech Americans take for granted.  The Left hates free speech and looks forward to the day when people who value freedom cannot gather or speak on either side of the Atlantic.