Polar bears are perhaps the most enduring propaganda icon of the global warming campaign. adorable (when they’re not covered in the blood of their prey).

Climate campaigners routinely claim that polar bears are dying out.  The truth is to the contrary.

One of the climate delusion’s greatest frauds was issued by the Center for Biological Diversity which said “Climate change is drowning and starving polar bears. If greenhouse gas fueled climate change keeps melting their sea ice habitat, an arctic apocalypse will wipe them out in a century – and they will disappear from the United States by 2050.”

The real facts of the matter are that polar bear populations are increasing and that the regions with the greatest ice loss are thriving. Susan Crockford, considered to be among the world’s leading experts on this species, reports from a recent study, that the current population of between 22,000 and 31,000 is the highest it has been in the past 50 years.

A recent study of Canadian polar bears found stable or increasing numbers in 12 of 13 colonies in their country.  The evidence is really overwhelming.

The warming-Left just can’t give up polar bears as part of their narrative no matter what hard scientific data actually show.

CFACT.org has developed quite a following among climate radicals who regularly post in the comments section that follows our articles.  Some are amateurs, some are operatives in the employ of climate pressure groups.

Case in point — Just moments after Dr. Lehr’s polar bear article went live at CFACT.org, one of our warming fans posted this video, shot by a National Geographic photographer, of a sickly, starving polar bear which perfectly illustrates Lehr’s point: 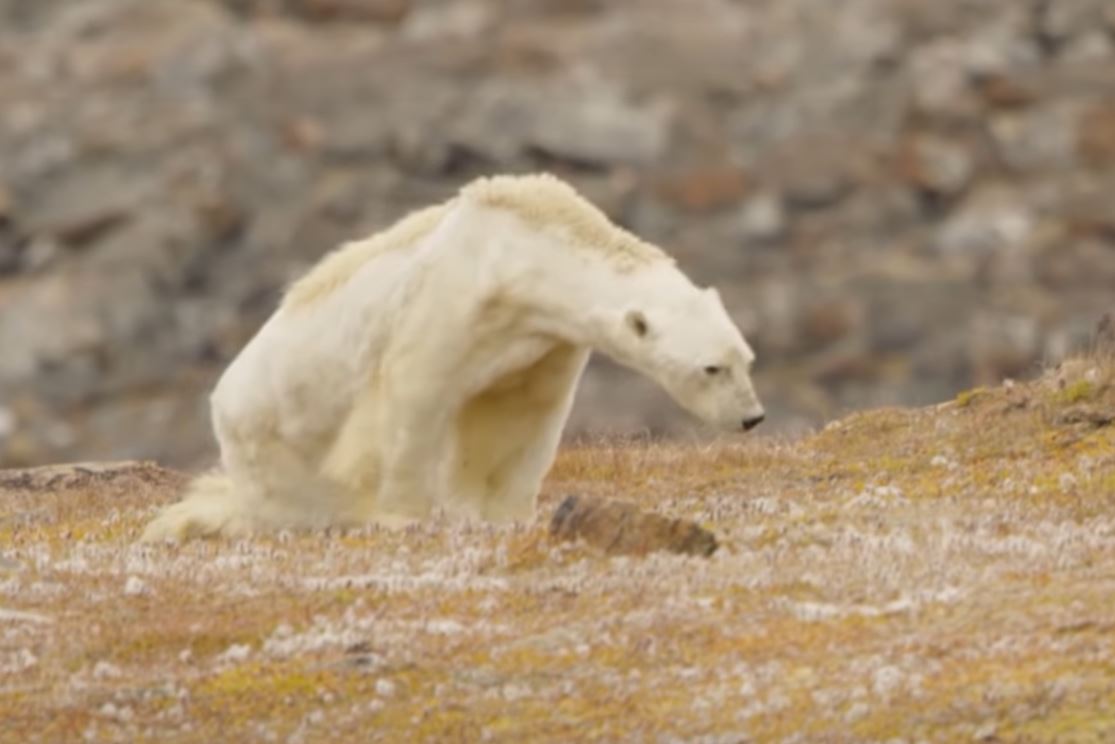 Posting this video to an article which shows that polar bears are not only thriving, but doing better in warmer regions of the north than colder, is a perfect illustration of the propaganda technique of using anecdotal evidence to argue against a trend.Apparently we’re to believe that if only we surrendered our freedom and the prosperity achieved via the industrial revolution, individual polar bears would live forever.  A picture of a troubled bear counts for nothing when considered against the tens of thousands of fat, healthy, fecund bears happily roaming the Arctic.  Nature is rough. Giving up efficient electricity and transportation won’t change unforgiving nature which Tennyson famously described as “red in tooth and claw.”

Polar bear populations are only suffering in computer models.  In the real world they are healthy.  Anyone posting pictures of sick, starving or drowning (they swim better than you do) polar bears is pushing a false narrative.

Time to move on.