A group calling itself “republicEn” got itself on a climate panel at CPAC and launched into a personal attack on Princeton physicist Will Happer and Genesis Torres of the CO2 Coalition.

Bozmoski opened with a nasty and unprovoked character assassination. He accused Happer and Torres of “handing out asbestos and cigarettes.” He presented no science himself, while accusing Happer and Torres of violating the Scientific Method. His tone was insulting and condescending throughout.

Ultimately, there are many flaws with the “republicEn” carbon dioxide tax. Raising taxes certainly is not “conservative” public policy. Regardless, people can have genuine disagreements about scientific evidence and public policy. Yet, decent people generally default to treating their fellow human beings with courtesy and respect. Occasionally, the heat of political argument may lead us to deviate from such desired behavior, but that should be the exception rather than the rule, especially when discussing differences of opinion with fellow conservatives.

And by their deeds you shall know them. Here is the director of strategy and operations for a group claiming to be conservative and Republican who could not wait, without provocation, to gratuitously attack the character and ethics of scientists Happer and Torres.

False flag conservatives.  Now you know how team climate is investing the fortune it is raking in from government spending and billionaires such as Tom Steyer, Michael Bloomberg and Jeff Bezos.

Fortunately, CFACT is at CPAC blowing the lid off this and myriad other global warming scams. 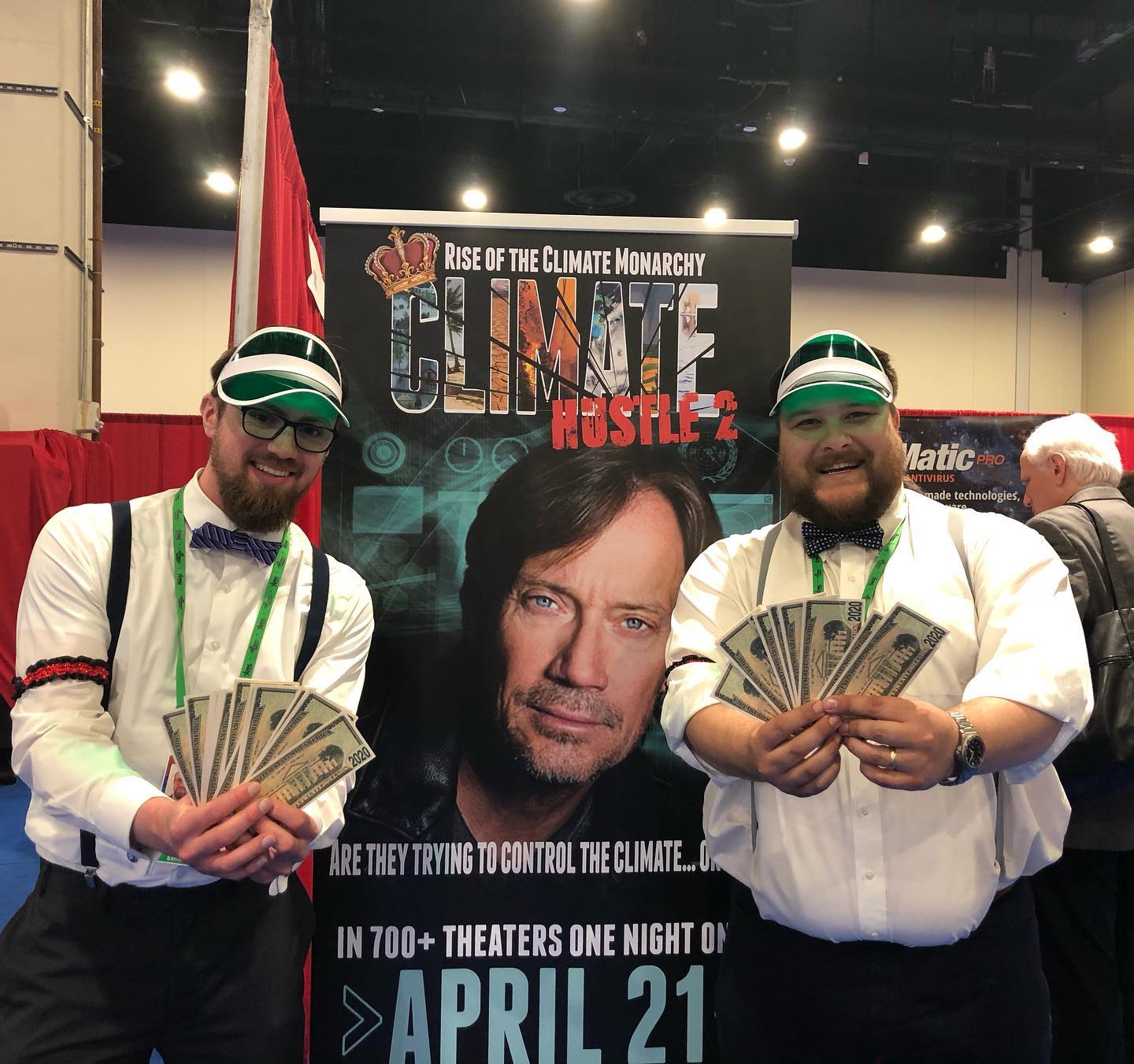 Take a look at this photo of CFACT’s Adam Houser and Graham Beduze at CPAC right now running CFACT’s booth promoting our new feature film Climate Hustle 2: Rise of the Monarchy (CH2), which will be shown in over 720 theaters, one night only, on April 21st.  You need to be there!

CH2 debunks the tricks and lies the Climatistas use to distort science in pursuit of money and power like no film has before.  Add creating astroturf organizations such as “rebublcEn” and infiltrating them into events like CPAC to their bag of tricks.

April 21st is going to be a great night for facts and science.

It’s going to be a rough night for climate pressure groups.  Add the false flag “republicEn” to the list.