Why is the Left censoring Michael Moore’s Green energy movie?

Moore hails from the deep roving anti-capitalist Left, so imagine everyone’s surprise when we learned that the film powerfully skewers wind, solar, biomass, ethanol and the rest of so-called “renewable energy.”

The global warming crowd, and of course the people making their fortunes from renewable subsidies, went apoplectic.

Marc Morano has full coverage over at CFACT’s Climate Depot, including an incendiary series of tweets.  Here’s a small sample: 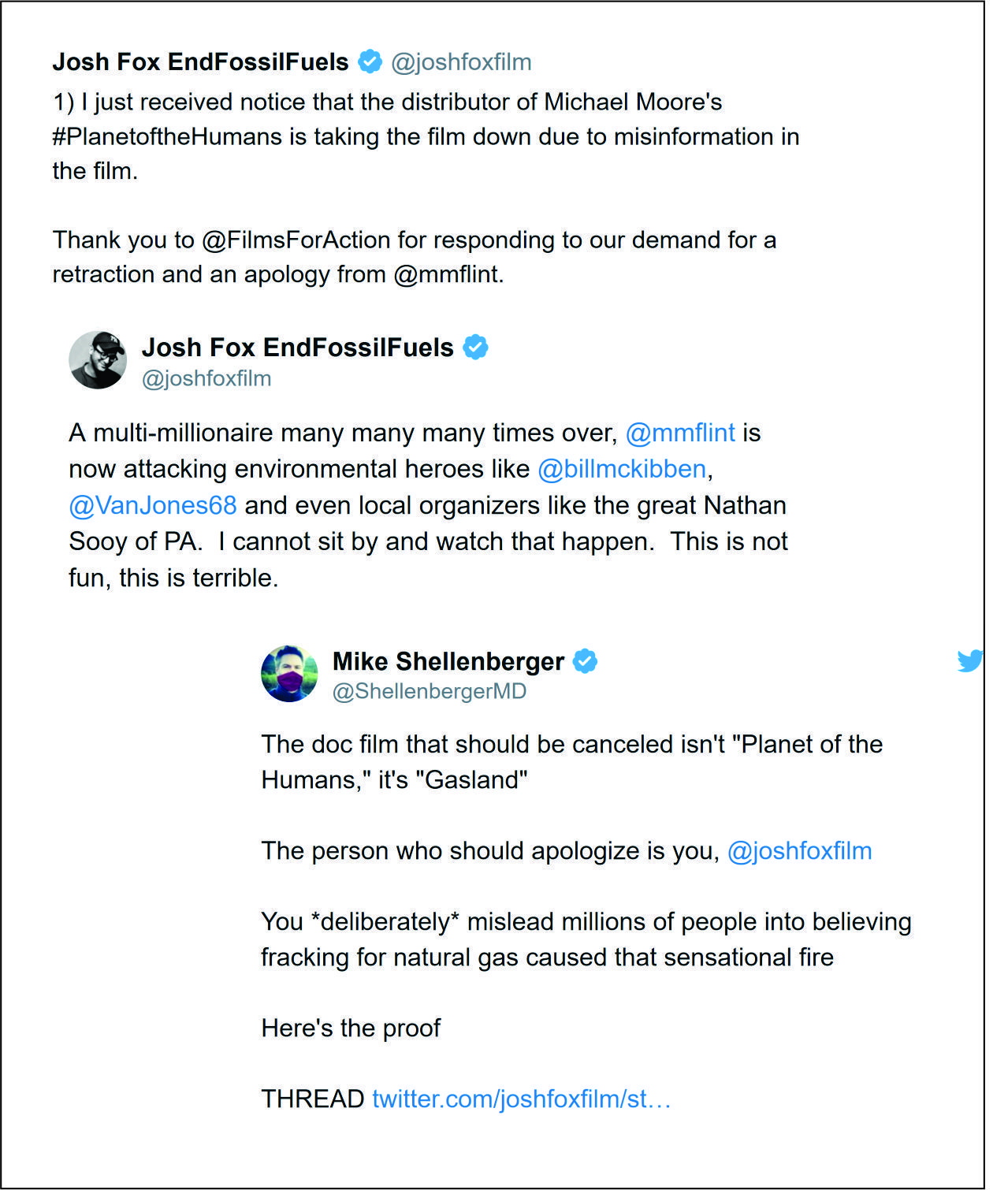 We recommend you watch Planet of the Humans on YouTube, right away, in case the move to completely censor the film succeeds.

Keep in mind that Michael Moore is no choir boy, and certainly no friend of free markets, individual freedom and industrial prosperity. You might want to skip around a bit, but you’ll love watching power company executives admit that their solar array, which would cover a football field, can only put out enough electricity to power ten homes, when the sun shines. To power the entire city of Lansing, Michigan, the array would have to be three miles by five miles! How’s that for a footprint?  The last things the climate people want you to contemplate are “solar dead zones.”

The organizer of a Green concert is greeted by cheers and applause when he shouts that the entire concert is powered by solar energy. Then go behind the stage where the piddling solar array is only big enough to power a single toaster. The actual electricity comes from diesel generators!

Watch citizens hike over a pristine mountaintop, and share their dread as they prepare for the construction of 21 mega wind turbines that will drive nature off the mountain.

Watch the biomass absurdity; burning whole trees or grinding them into chips to generate electricity, receive the contempt it deserves.

The film even exposes massive industry funding of the Sierra Club and the rest of the eco-Left!

So this weekend grab a big bowl of popcorn, fast forward through the Green misanthropy, and watch an arch-Leftist devour the Greens.