On July 21, 2011, the Space Shuttle Atlantis landed at Cape Canaveral.  This was the shuttle program’s final flight, and the last time America was capable of launching astronauts into space.

We’ve been paying passengers, at $80 million per seat, on Russian Soyuz rockets ever since.

On Wednesday we plan to change that.

NASA astronauts Bob Behnken and Doug Hurley are making their final preparations to launch into space Wednesday, May 27, 2020 at 4:33:33 PM EDT.  To be the first to fly a new spacecraft requires tremendous skill and courage.  We pray for their safety and success.

This is historic.  This is important.

First, the time for America to regain our capacity to independently launch astronauts into space is long overdue.

Second, the Space X Dragon spacecraft, sitting on the same pad from which our Apollo missions launched to the Moon, is a private spacecraft.  This heralds a new era in space.

Space X explains that, “the Dragon spacecraft is capable of carrying up to 7 passengers to and from Earth orbit, and beyond. It is the only spacecraft currently flying that is capable of returning significant amounts of cargo to Earth, and will soon become the first private spacecraft to take humans to the space station.”

Space X pioneered reusable spacecraft that stand to dramatically reduce the price of lifting heavy payloads into orbit and beyond.  This opens up endless constructive possibilities for private enterprise in space.  It’s as if our astronauts are taking an Uber.

Space X is the creation of entrepreneur Elon Musk.  It is a tremendous achievement. 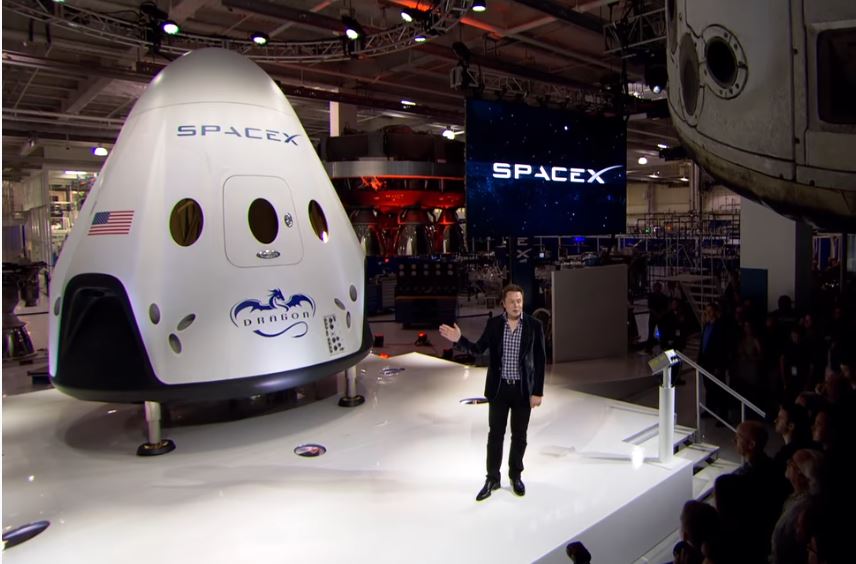 We at CFACT are admirers, but not fans of all things Elon.  His short range electric cars are beautiful driving machines, but would not exist without government mandates and subsidies.  His solar installations are likewise children of government waste with tremendous environmental footprints and likewise tremendous financial drains on rate and taxpayers.

Yet no one can deny Musk’s talent, creativity, and constant drive.

Elon Musk is a Michelangelo in other people’s money.

Space X just may make it all worth it.

Boeing, meanwhile, is putting the finishing touches on its own private spacecraft, the Starliner.  We look forward to it.

CFACT is optimistic that through the power of free enterprise, America is poised to lead the world into vast new opportunities in space.

Florida’s rainy season has begun and Wednesday’s forecast calls for rain and wind that could cause a flight change, but the word as of now is go.

Much has to go right for the Space X Dragon to launch safely and on time.

We’re with you.  Godspeed.