The Saharan dust burst and the hurricane season

Surges of African dust have little if nothing to do with man-made climate change. But this year, blaming it is yet another case of the people saying that not bothering to look at what is actually going on. Which is an alarming tendency among some, as they seek to hype things.

Lord knows I love when the weather goes wild. I am ashamed to admit that sometimes, but I suspect any weather nut has similar feelings.

But one must balance feelings with facts. The fact, this is been there, done that and actually what is going on now if the hurricane season turns out the way we are forecasting (since early March). As what you are seeing now has happened before.

Now this is not Climate Bell, but every now and then climate issues come up that give me a chance to relate them to the weather and this may be the case here.

So in the case of the Saharan dust hysteria, every year there are major surges of it at this time as the subtropical ridge pulls north and the easterlies increase over Africa. However, as the ridge pulls further north, dust decreases.Water vapor/rain across the MDR African source regions have been above average!

Here is the rainfall rate:

Now, why isn’t any of this being shown? Perhaps because people gawking at the dust have not looked. 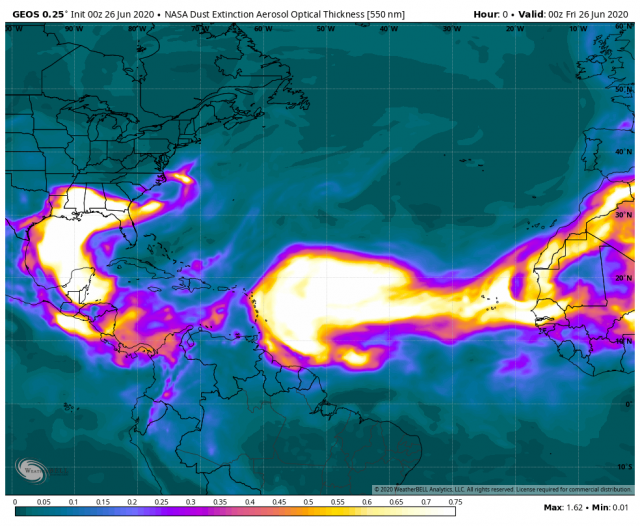 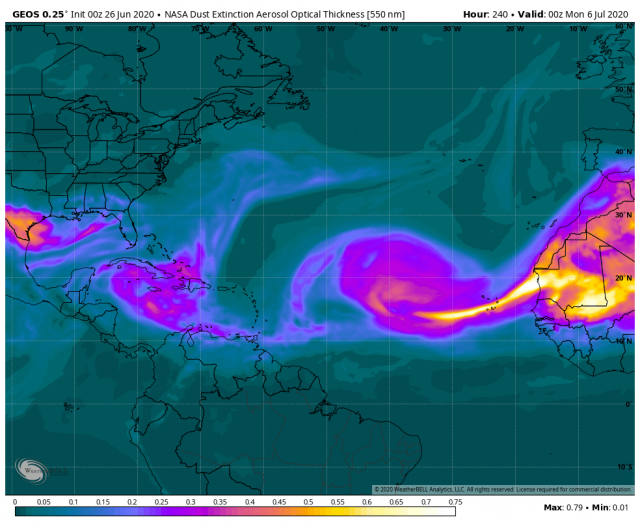 The center of the surges are liable to be stronger but as we head toward the heart of the hurricane season you will notice this diminishing. In fact Euro 46 day precipitation forecasts have much of the Main Development Region well above average 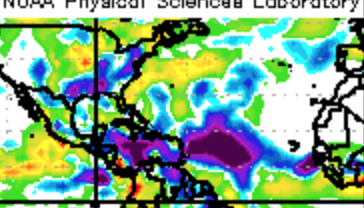 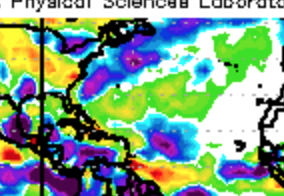 Interesting how in both cases and on the model, there is heavier than average precip around east Texas. 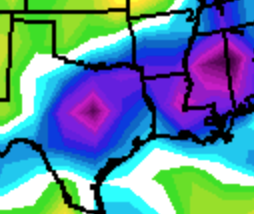 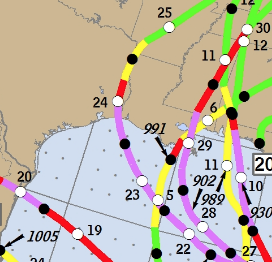 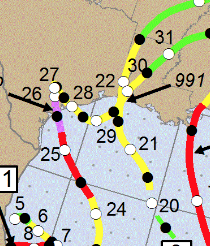 Our impact forecast, issued in April: 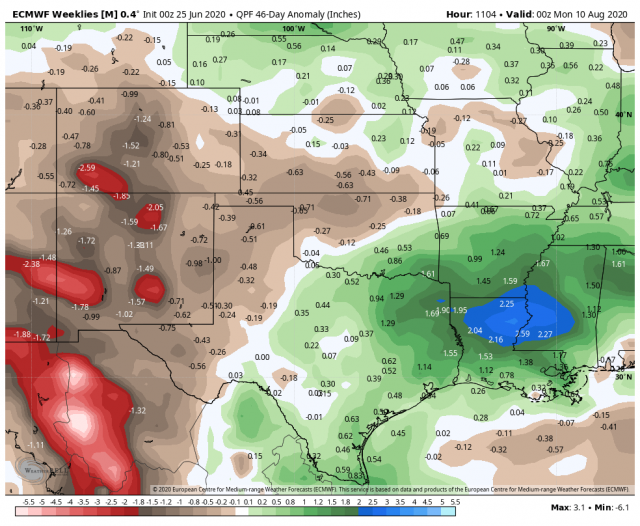 So does this mean we are right? Well only God knows that. But what we are seeing now is in line with the 2 biggest impact seasons on the US coast since 2005 (we can argue over 2004) which also had heavy rain over Texas but was centered further east with the hits (Ivan the second was the furthest west). 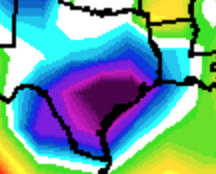 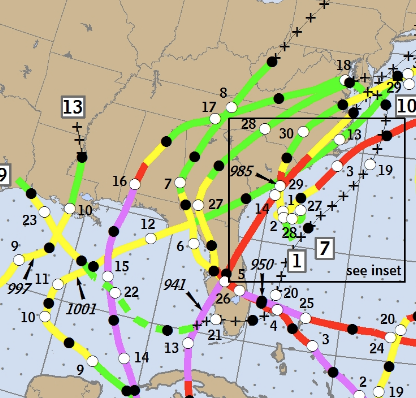 But again a lot of impact on the US coast.

So why would this be happening? Well, it is likely a sign of troughs making inroads into these areas underneath the big eastern North American ridge centered abnormally far north, which we know is a precursor to big seasons. The troughs, as the season wears on, split away and are much smaller, and in front of them as they back southwest, is a prime area for where tropical cyclones can be “ventilated” (air flowing out from over the top, which when air is converging in the lower levels leads to intensification).

So while not a lock (no future event is) in the overall pattern areas that are being gawked at over Saharan dust now, is pointing the finger at the ideas of the big season. And here is the irony. The gawking over the African dust gave me a chance to write this now. So if gawking occur at future major hurricane threats, you can look back at this and say, in both cases, NATURE pointed the finger at.

Once again, for me, digging in when I hear climate change is being blamed gives me a chance to point out things that are a) natural and b) pointing away to another aspect of this, that will feed the hysteria. Yet if it happens it was all there for the taking. If you bother looking at the past. Believe me, I am GRATEFUL for what I am seeing and hearing, for it forces me to look deeper and helps me, right or wrong, learn more. The weather is a great teacher if you keep an open mind and search beyond what you see.