If only I believed man was the reason

Now, what if that person put out research that had 20 Major hurricane hits preceded by a cold May for the eastern US, and then a cold December that looked like Mays?

Imagine if that scientist reveals this research (by the way, that in itself is a long shot since you have to forecast all the time and be looking for ideas that are not obvious, which is what forecasting actually does if you do it long enough). 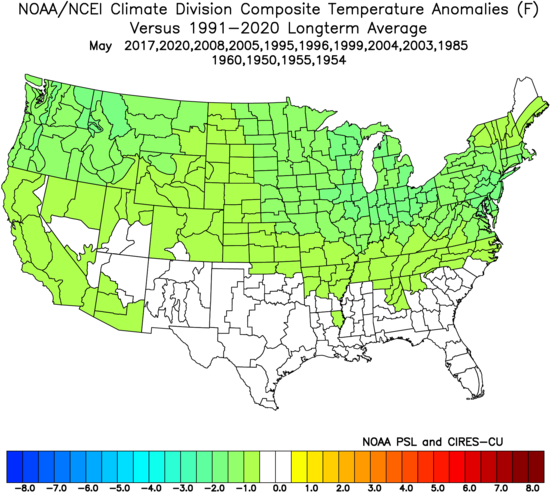 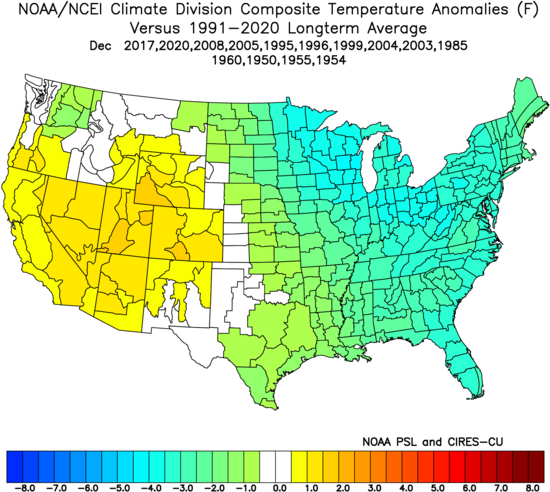 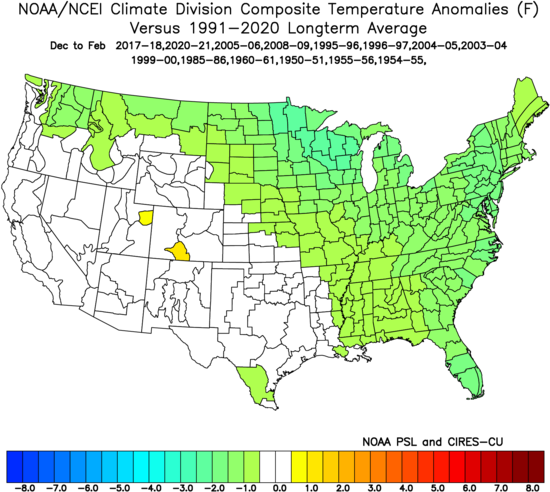 So a cold May (most likely due to high amplitude spring Madden-Julian Oscillation (MJO) trending toward phases 8,1,2,3), then big hurricane season, then a cold December and colder than average winter—which of course a lot of companies would love to know.

Now check out this May: 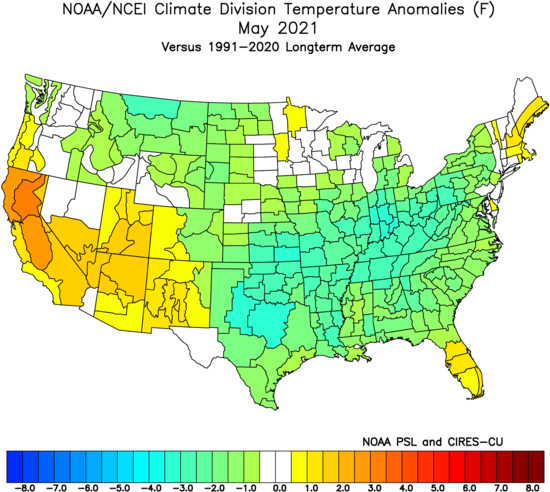 The Weahterbell.com forecast this year already has had 3 storms, though minor, move through the highest impact area relative to averages: 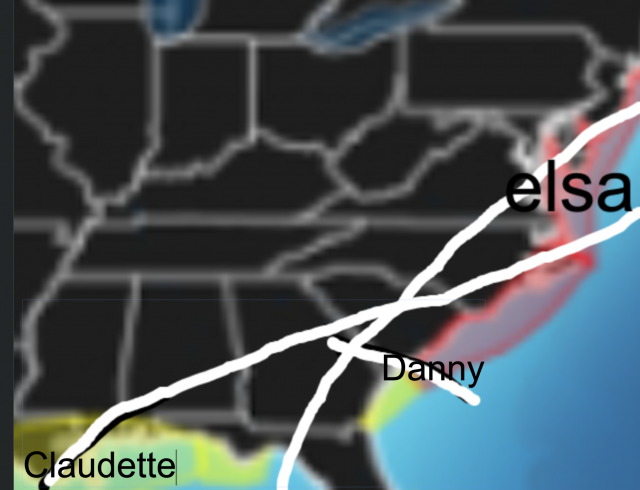 Already, the preseason idea is starting to show it has merit.

Now check out the coupled forecast system model (CFSV2). Like most models, it cant’ really see cool in the longer term anymore, but hints at where normal is.

The hypothesis is that the pattern that leads to a cold May (most likely the active spring MJO) continuing as it is, has a natural evolution  higher than average US landfills. That in turn is a signal for a colder start to winter over the east.

Last year we had this in December. There is the cool admittedly in the southeast, but still there (looked more el nino-ish): 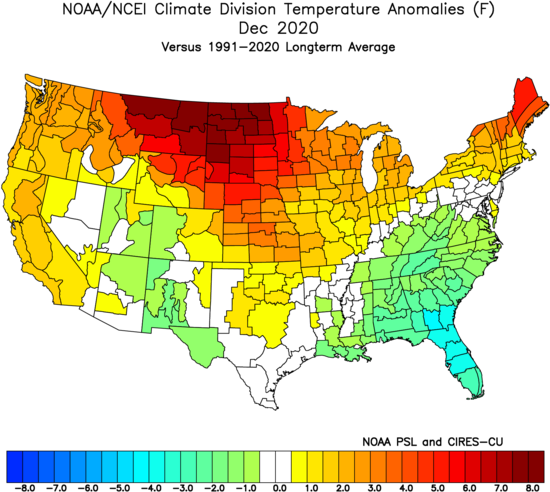 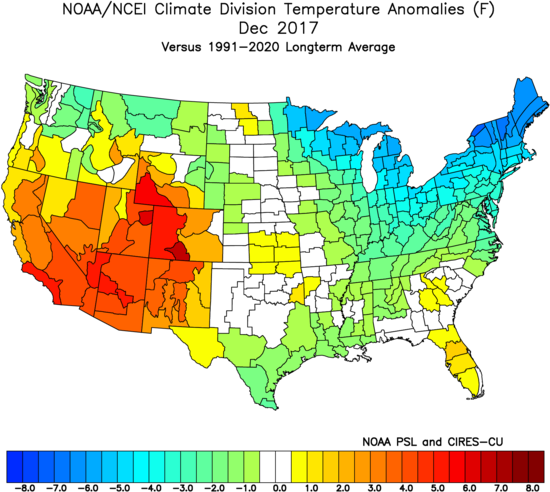 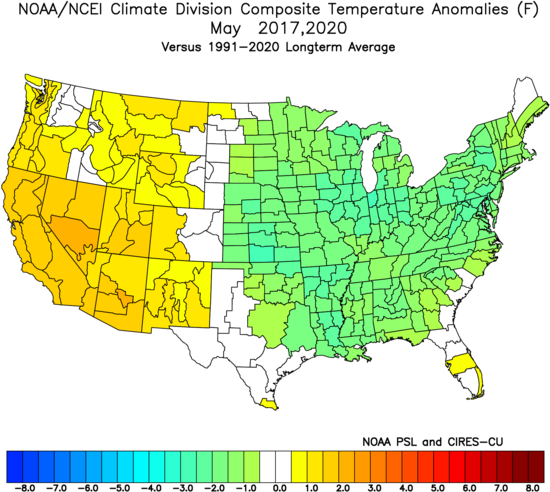 And let’s remember what our impact forecast looked like last year: 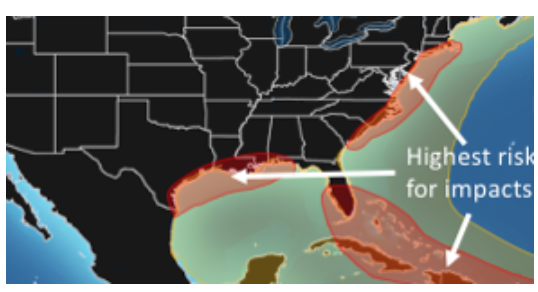 And then the nice postseason National Oceanic and Atmospheric Administration (NOAA) warning chart that showed how close we were: 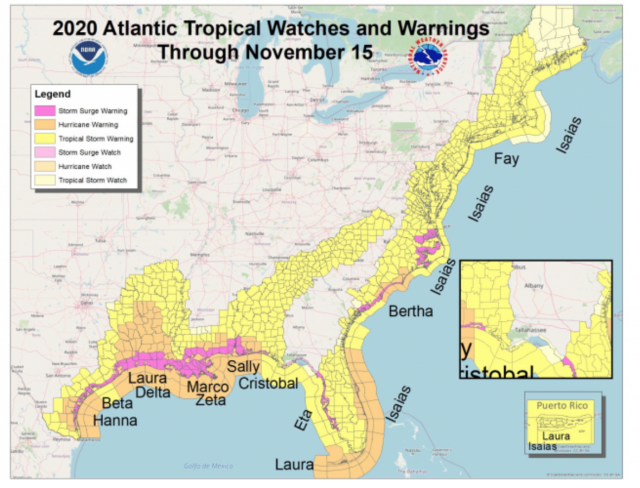 In any case, 14 cold Mays, the following hurricane seasons, December and winter, all show strong linkage.

In those 14 seasons, 20 Major hurricanes hit the US and December had a lot of cold in at least a part of the eastern US. More importantly, the entire winter tended to turn out cold. So the implication are, if you nail the cold May and then the high impact season behind it, you have a tool that can see almost 9 months down the road for winter. How does that happen? The global pattern that sets up that kind of a cold May can indicate that the big impact season is coming (this has been discussed in our preseason hurricane forecasts) and then left to its own accord—if it is moving along naturally, the result is the colder look for winter.

Now look at these Warm Mays (which would be the antilog). We have 10 samples: 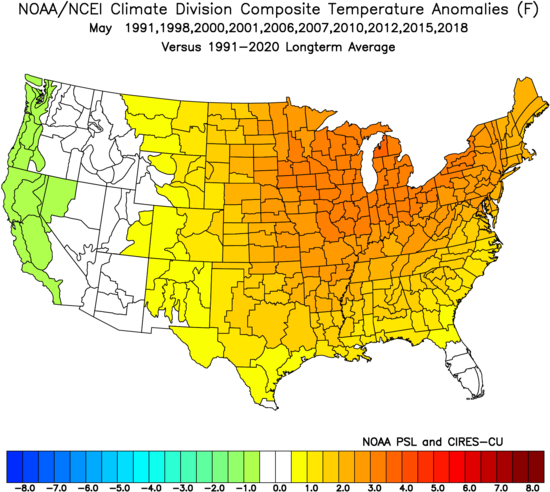 ONLY 2 Major hurricane hits in 10 samples. So the cold May sample is about 1.3 majors a year, while the warm May sample is only 0.2 major hits per year. That is a huge difference. In addition, the magnitude of the difference indicates greater skill! But, check the following Decembers: 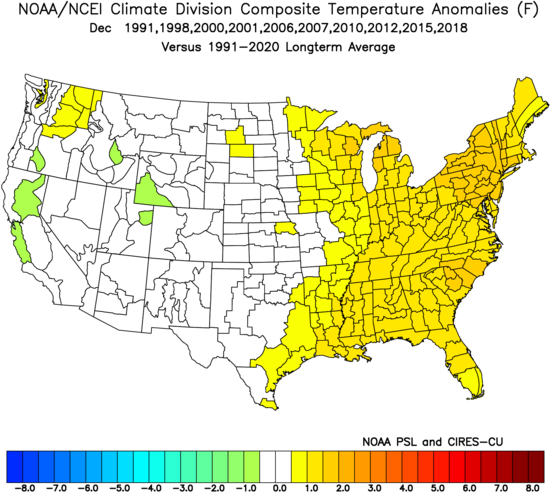 And then the winters that followed: 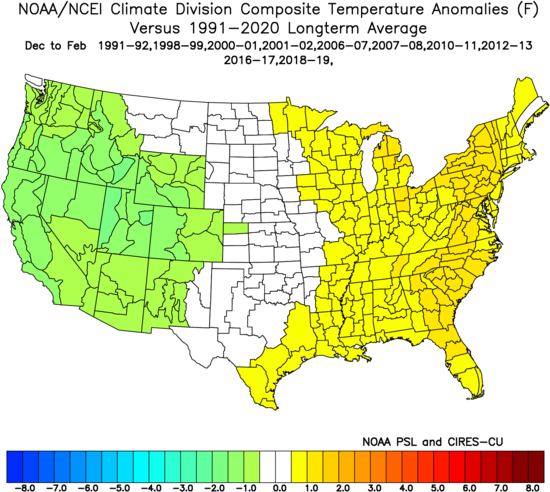 I believe this is too strong a correlation to ignore.

So think about this: None of this will see the light of day because of the source. Sure. You see it. And if I send it to a blog, then their readers will see it, but something like this (which could be a fascinating tool that shows some linkage) will not. But, you can be darn sure if it was someone that was in the hierarchy of anthropogenic global warming (AGW), and then somehow said it’s because of man-made warming, well guess what—that would have a better chance than right now.

However, do not think that I am upset. In the end, if I am who I say I am, then I have to work in front of the good Lord. And the best way to do that is to be right and to be happy, no matter who sees it or if seeing it, raises curiosity. This then gets the reader to think, ‘wow this guy takes it to the limits to get an answer.’

An answer that is not always right if the natural progression changes, but if the link of the progression of the pattern from the cold Mays, to the hurricane season (and then they continue along that line), we then have a good idea of where the winter is going.

Why can this possibly have any merit? Because the large-scale feedback of the atmosphere over long time scales, sets in-motion action and reaction that may indeed be more obvious due to the distorted warming, and increased water vapor. Though, this would take a lot of research. In what we do, we real-time test our ideas for you to see. However, if I was at a university, I could see the way something like this could fund a grad student or two’s master thesis. And guess what , I suspect the MJO amplitude in the spring is involved (another sorely needed subject for research).

For now, I can only wonder, ‘if I were a prominent Man-Made warming person would something like this get attention?’

Then again, it is longer than a sound bite, so maybe not.