Hottest July and month ever? Interesting

The global temperature in July was reportedly the “HOTTEST” on record.

First of all, what is hot and how do you use that to describe an entire planet. The warmth out dueled cool in such a way the temp was near the highest average on record but a large part of the input was where no one lives and where even with it above normal its dang cold. So headlines like that are like calling someone a climate denier, a deception. No one denies climate or that climate changes. And a global temp of .35C above the average is not a hell hole hothouse

While we had the heat in the northwest US, Scandinavia into southern Europe the reason it was  so-called HOTTEST ever was that an area that plainly was NOT HOT but above normal by a large degree as winters tend to be due to water vapor consideration was way above normal, The arctic and antarctic winters are skewing the temperatures and so you get   headlines like this,

First of all, NOAA has problems since their own CDAS which is used to initialize temperatures says 2016 had higher temperatures 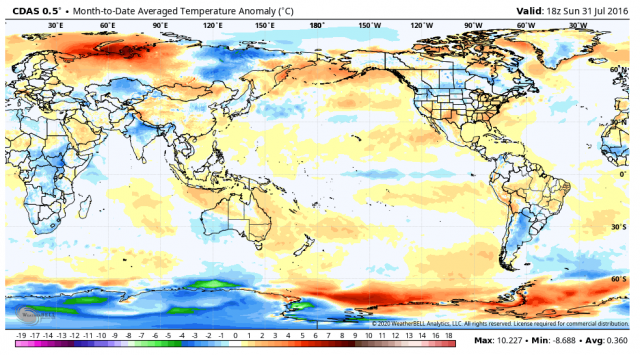 it was .36C and again a lot of that is the extreme warmth on the north coast of the Antarctic and the warmth in Northern Asia of Asia.  So those two  largely outdueled cool area

this year it was .349 which is lower than .36 so their own scheme disagrees with their headline 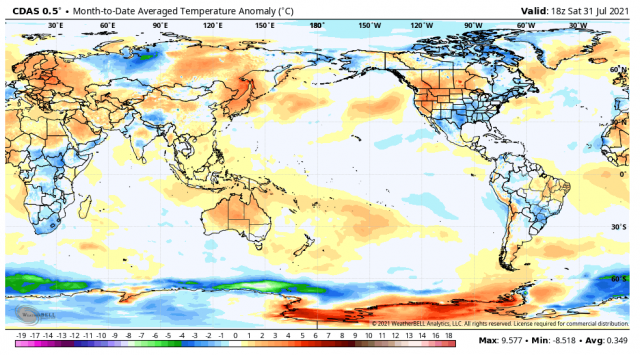 so NOAA  better check  this  because something is amiss here, Yah it minor but when you scream at people that it is so Hot when in reality its simply a few warm areas, one where no one lives, outdueling cool areas, then you can see what I am  saying

But lest you think I am picking on US, I want you to look at the JMA, another WMO center. with its climate extremes the first week of August

We had 2 TROPICAL STORMS IN THE WEST PAC IN THE FIRST WEEK OF AUGUST.. Imagine that ,tropical cyclones in the western Pacific the first week of August.  That is an extreme climate event/ The wpac is the busiest area for tropical cyclones on the planet and it is more unusual to have nothing than going on in August than a couple popping up. AND NOT EVEN BEING TYPHOONS

For the second year in a row, the WPAC ACE going into the tank, way below average

Now look back above at the hot areas

But even the JMA, which I love, has 2 tropical storms in early August as a big deal at the time of the year when there are supposed to be, This is more unusual in August, the lack of activity! ( next to nothing which of course is linked the MJO which giveth and taketh away,) 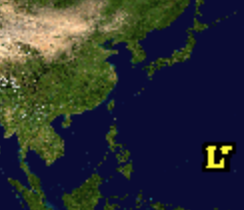 With the above climate extreme map in mind. look at actual temperature and precip maps for the week of extremes in question

Does SE Asia look that warm to you? How about the cold in western Europe. It looks as impressive as the warmth that is highlighted to the northeast. Goes hand in hand with the wet which of course I have no complaints about.  But there is no cool when their are plainly areas of cool that stick out

Heh let us have a bit more fun.

We have hot and cool areas. Imagine that , everything is not just average. Wow too bad we could not get this

Let us take a close look at the US. I mean its summer and it’s supposed to be hot. Hot I guess is not what it used to be as I was taught it was 90 but no matter. Let’s look at the temperatures vs the average MAXIMUM 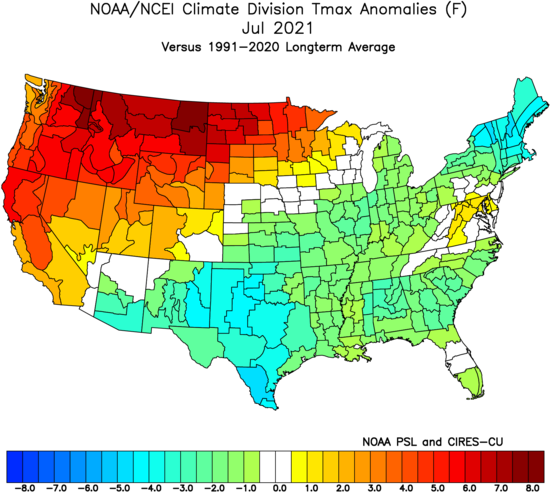 WOW, that is hot in the northwest. And that’s all you hear about iYou don’t hear that population-weighted 75% of the nation was at or below average for high temps. In fact, in terms of July, you have to go back to 2015 to find one cooler than this for high temps population-weighted. Now isn’t that interesting What happened in 15-16? The Super Nino, What do Super Ninos do? Pump a lot of water vapor in the air. What does excess water vapor do? Well, overall it will rain more in areas where it affects most, Wonder what precip has looked like since the 3 months ending in July? 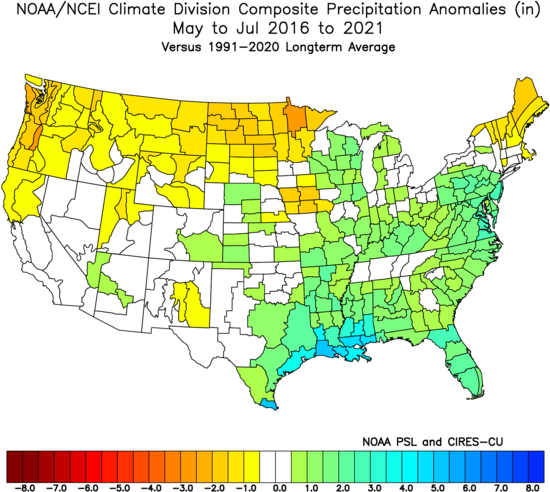 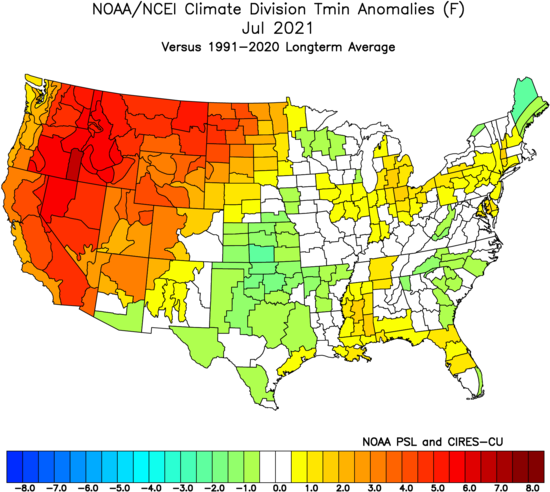 wow quite a bit warmer than the daytime highs imagine that.

So where is the warming coming from? Nightime lows where it is wet. If it is dry and the west is dry on average, even more so this year, then temperatures are off to the races. But it’s nighttime lows and winter temps in dry cold areas where no one lives that are fueling the above-average global temps, And to call it “Hot” is clickbait weather weaponizing hysteria especially when your own model initialization tool disagrees with your assessment of the actual temperature.

Temperature is a lousy metric for the climate. Actually worse is the clickbait weather weaponizing hysteria that passes for meteorological media. But the wet-bulb temps and even better, Saturation mixing ratios are the way to go for people who really want to dig into the why behind the what, of climate Fat chance that happens. Won’t be able to be so hysterical