Louis Armstrong was right — What a wonderful world

But you would never know it. You are being told its miserable. And why not? Misery and Marxism go hand and hand

Its amazing a load of nonsense there is out there today, I am checking all this out still, but I dont know if there has been a year in the Western Pacific with as few landfalling typhoons as this year ( 1), And back to back, with last years lack its likely close to the smallest 2 year on record, This year, the global ACE for October would have been lowest if Sam had not existed into early October. As it is there is a distinct linkage there to the pattern we are outlining for the front 60 days of the HDD season  I have shown you the winter forecast here from back in summer based on all this research

The fact is a warming world in the way its warming is not going off the deep end. Yes, the planet is warming and the way it’s warming, and understanding the warming is the greatest gift anyone can drop into a forecaster’s lap if you drop the climate sword and use what you are seeing.   You may say I am not dropping it. Actually, I have. It is over as far as stopping what I coming with these people, for they understood correctly to get what they really wanted they have to hide things. And they have. But in all that I decided proverbs, 15:1 was the way to go

A gentle answer turns away wrath,
but a harsh word stirs up anger.

Telling the truth is not being harsh, it is being called truthful,  Man has never been better off than we are now, The idea that wildfires are out of control is nonsense. People are living in places where there have always been fires, but if they weren’t there they weren’t burned out of their homes

It used to be worse. Much worse 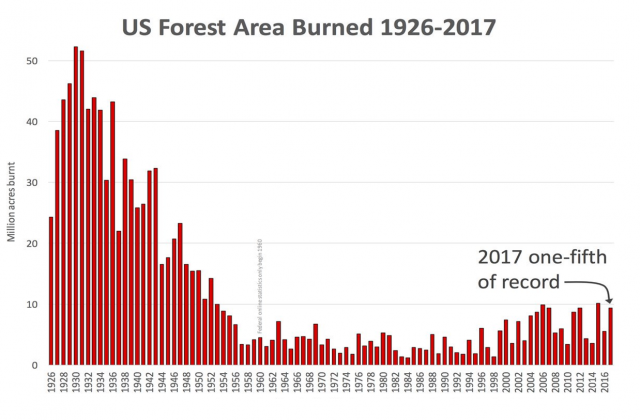 This year is below the 10-year average! Yet you would think it’s the apocalypse. We told anyone that would listen to the western dryness would reverse bigtime and now it has, That is portrayed a climate-induced weather whiplash. What a load of hooey. Its nature being nature and anyone understanding that would USE what warming there is to help forecasts. Look at this. 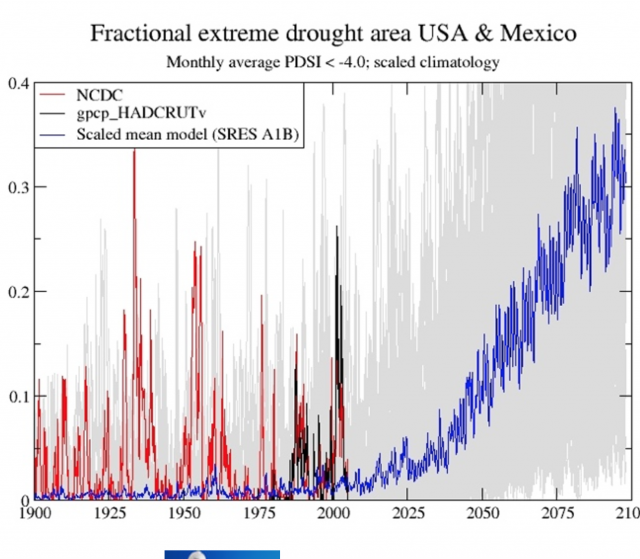 There is obviously no change. But because the MODEL says there will be, virtual reality in the agenda takes over and the public is told that it’s worse than ever. And they believe it. And what’s more, there is no effort to stop it in the halls of government. So the Covid lockdowns etc are a warmup for what is coming, and like those lockdowns, ignorance, fear, deceit will be thrown in with the truth ( it is a hideous virus) to force people to act.

Look at electric cars. It takes 40 hours to charge one if the battery is empty. Okay, you can get the fast charger that is still 44 minutes.  Which means it is purposely designed to limit your freedom to move.  Then there is the problem that with energy prices soaring through the roof and the threat of Biden Blackouts increasing across the nation given the absurd policies these people are pushing, where the heck is all this coming from?  You are going to have to ration electricity. Actually, you won’t. Because of those living in the suburbs or taking your own transportation won’t be able too. You will be herded into Old Soviet-style living spaces as the needs of the state take over the needs of the individual How people can just willy nilly not see at least the threat, if not the purposeful design of this is beyond me.  But there are people that want this. People that want power and control. Pretty difficult to get to a school board meeting or even vote if you can’t get there ( so you don’t attend the meeting and you vote by mail-in ballot. And what will that lead too?

And just where are all those batteries going to go? In the star trek beam me up Scotty world these people live in, they think this is like your I-phone charger. And by the way, what about places that get very cold where battery life will be cut, Do we just tell them to stay home? ( why not, we did with Covid)

It is not worse than ever, but misery and marxism are synonymous. Make no mistake whether by intention or not, this is where this is going when someone outright lies to you (for example  ifits worse than ever, how does that square with climate-related deaths, seen here:) 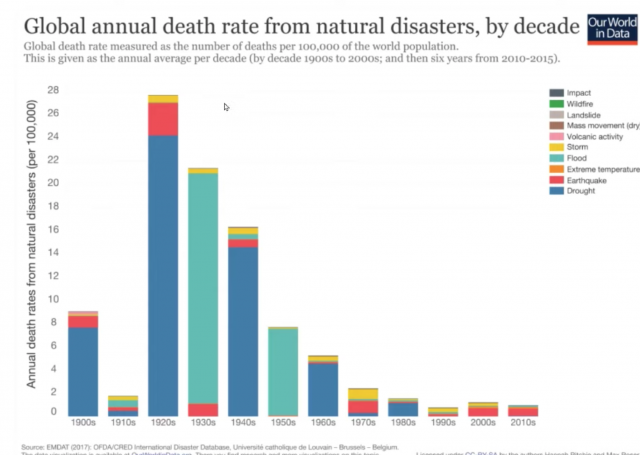 How in the world are things worse now as has been pushed by the media and these people that are indoctrinating people to a way of thinking that is outright deceit. Even more remarkable  THERE ARE OVER 7.5 BILLION PEOPLE IN THE WORLD TODAY. IN  1930 THERE WERE 2 BILLION. So with more people in harm’s way, the death rate from natural disasters is a fraction of what it was. If you normalized this for the population the claim is even more absurd.

Instead of trying to focus on issues that would make men more upwardly mobile  they are doing the opposite across the board, Like I said Marxism ( or any despotic rule example What the Nazis used to say) 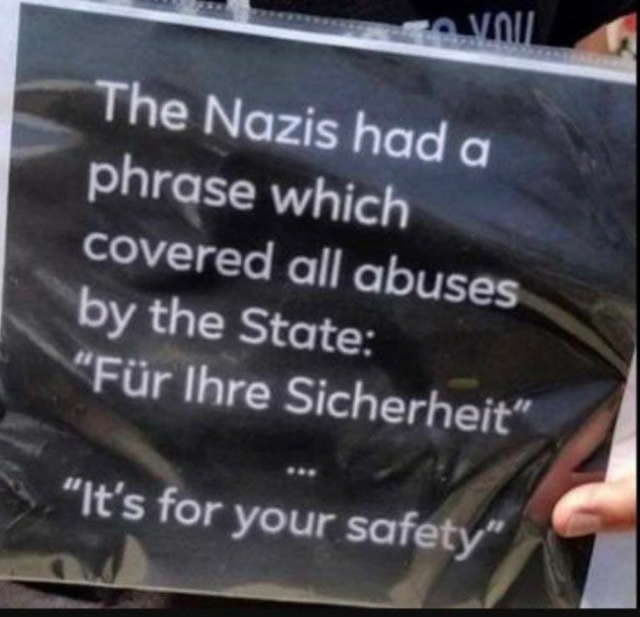 goes hand in hand with misery/

On another matter isn’t it rich how people pushing the idea of trying to protect you then accuse people that want to take care of themselves of being the very thing they are demonstrating, Yet they get away with it.

So you can choose what to do.  IMO Louis Armstrong was right   What a wonderful world this is, But those that seek control and wish to impose their forced will on others, as we have seen throughout history are out to change all that.  That they use the majesty of the weather and climate shows an arrogance that is almost otherworldly in its very nature. It is up to you to actually do the work and arm yourself with facts. Do not even believe me, go look for yourself. I am not afraid of the answer. But when someone seeks to hide or distort facts what is that a trait of? If truth is a trait of God, what is hiding it or not even allowing debate over it? There is far more than meets the eye here. try to be vigilant and virtuous  as comfort and complacency will soon have you losing both.