“The Biggest Potential Water Disaster in the United States”

“In drought-ravaged California, water use is up dramatically”

“Colorado’s snowpack is melting at a ‘ridiculous’ rate”

California is in trouble (an understatement given the governing class, but let us talk about the weather/climate aspect).

It is dry. It is very dry.  And it continues and is in no hurry to go away in. a large-scale sense. Even if precipitation was normal, it is just a matter of time before water shortages occur given the demand from the increase in population and the associated infrastructure and recreational demands. And they are staring into an abyss with water.

It is bad and getting worse.

But here is the twist. The US is a big country. And if you are blaming climate change for California’s woes what about how much better off the rest of the country is compared to previous decades? It’s a function of the cooling eastern Pacific. Look at the last 2 years with the La Niña and cooler eastern Pacific: 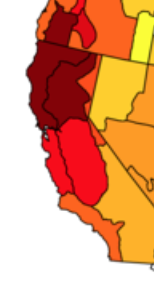 Now look at the previous 4 years with the warmer conditions in the Pacific, in the wake of the super Niño:

So what is the cause? Natural and cyclical.

But if you accept the premise it’s man-made climate change, HOW DO YOU IGNORE THE FACT THAT THE NATION AS A WHOLE WAS FAR WORSE OFF IN THE 30’S AND 50’S THAN IT IS NOW?

Look at the last 10 years. Yes, California is dry but the rest of the nation is near or above average. Let me again remind the reader that after the very dry summers of 2010-2012—you will hear it again this year as we made it clear a few months ago because we are going to have a very dry summer on the southern plains—they were forecasting a new dust bowl. Obviously, that did not happen. And so where do they go? To the one place that is dry. Does anyone with any knowledge of weather and climate actually believe that the entire nation can go 10 years without someone being dry somewhere?  That’s nuts. Yet what are you told? That any extreme variation, no matter how limited, shows how this is some big threat. The big threat is the lie. That it is the big threat. 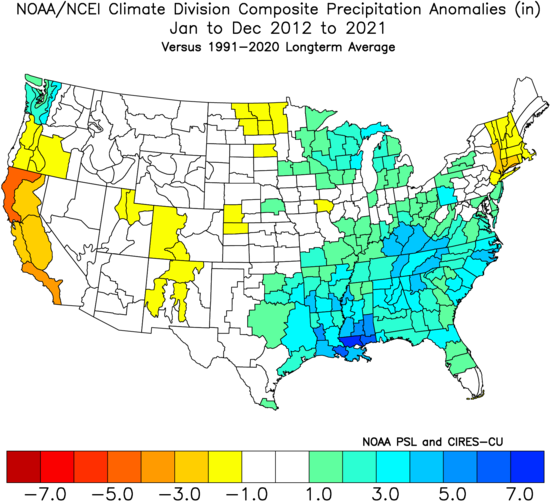 Want to see what a real dust bowl looks like? 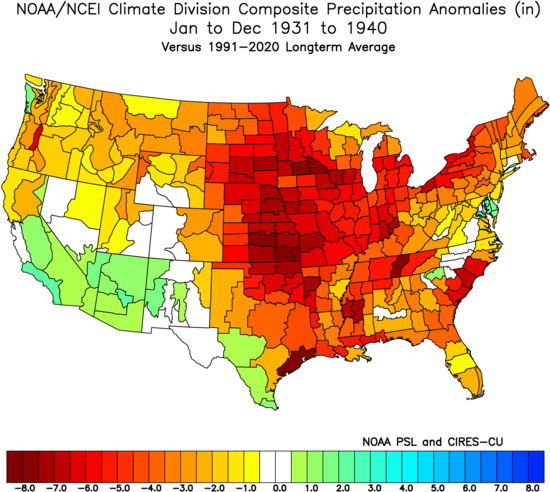 Now, which is the worse drought event? 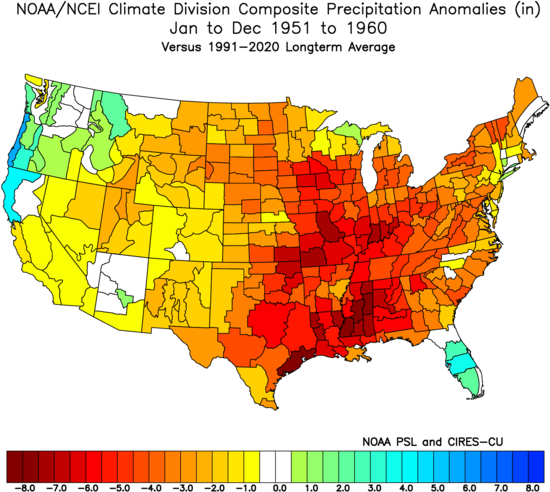 How deceptive can you get by jumping on the misery in California in the face of other decades where almost all of the nation was dry. Can you imagine what would happen in this country—given population increases and the demand for infrastructure—of those good old days of yesteryear if they refuse to show you for perspective, return?

I try to give people the benefit of the doubt, but what passes as weather/climate media today is either a joke or a purposeful mission to hide the entire picture.

Now, as far as the rapid melting of the Colorado snowpack…

Well as happens so often, look out, a reversal may be on the way. Again people are unaware of how COLD it’s been this spring in much of the nation, and most extreme in the northwest. This does not fit the narrative. But over the coming weeks, LATER THAN AVERAGE SNOW, may return to the Colorado Rockies. Yet no one will report on how the ridiculous snowmelt will turn around if it does.

But the point is clear. Hysterical headlines, no perspective, and deceit via omission of the entire picture.  In California (close to 10 years ago) I explained why they were in trouble no matter what, given the increase in population. Therefore, I am certainly not going to disagree with that. What I am going to point out is that relative to other national droughts, its a very small area of the nation and opposite pronouncements made a decade ago about a new dust bowl–something I think you will hear about this year when the summer we have been forecasting since February–hot and dry in the southern plains–shows up. Look for challenges to Electric Reliability Council of Texas (ERCOT) again, but that is another issue. And if there is a late season Colorado rocky mountain snow which counters that headlines, fat chance you hear about it.

In the phony climate war, there are only strawmen that are created and no accountability for an impressive list of busted forecasts. Life has never been better on planet earth in the large sense, but there are always going to be exceptions to that, and California is an example. Where there is no exception, lies the omission of perspective and balance in the meteorological media.