No excuse for Texas energy debacle

This is nuts… see this article: “Texans Warned to Reduce Electricity Use Amid Fear of Rolling Blackouts”

How is it that the state of Texas, given its long and storied history of extreme heat, has let this happen?  Its not hard to understand when you understand this is part and parcel of what happens when you exaggerate climate claims. FORCED RELIANCE ON SO-CALLED GREEN ENERGY SOURCES—the same thing that has sent European countries to the brink, especially Germany—is being foisted on Texas. And it is only getting worse. Given that a San Francisco-based leftist green agenda consulting agency is set to make “recommendations” as to how to solve it on August 15th,  the hammer is going to come down worse.

It is hard to believe that they have put themselves into this situation.  And of course, the left will blame it getting too hot because of climate change. Once again, they’re setting up the man-made problem and blaming something else. 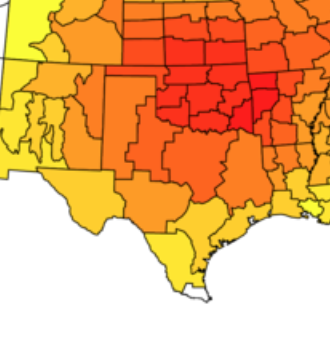 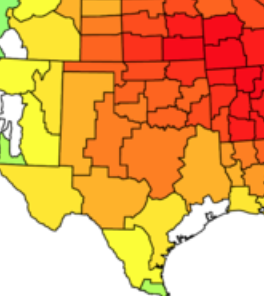 TEXAS HAS COOLED WITH ITS SUMMER MAXES!

This runs completely OPPOSITE to the idea that a new dust bowl was coming that was being touted at the end of 2012. And by the way some of the same people that were pushing that are now apparently trying to get rid of the idea that the 1930’s were that hot. But that is how this crowd runs. If they were up at Harvard or MIT they would probably try to erase the 1938 hurricane.

If Texas is serious about supplying energy to their expanding infrastructure, solar and wind are supplemental sources that can aid in helping, but until time-efficient storage is available of that form of electricity, it should not be the main diet. Yet that is where they are going. They are going to pay a hard high price. Maybe those federal energy mandates are there to do exactly that. If they were serious, then they would build nuclear power plants as even James Hansen—the former NASA scientist who is likely one of the loudest alarmists there is—has been saying for 4 decades.

There is no reason for this misery except gross incompetence or purposeful direction to cause it. Given what we are seeing today, that is a much bigger debate as to which one of those two has the upper hand, rather than a heat wave that is returning after 10 years (“shock,” it gets hot in Texas) being a sign of climate change. They then prescribe more of what has gotten them into this jam in the first place.