Getting real about the “meaning” of Hurricane Ian

… Says the person who tried to warn Governor DeSantis over a Week away right here (and anywhere I could).

Let us look at a close up of Donna as it was reaching the Keys. See below: 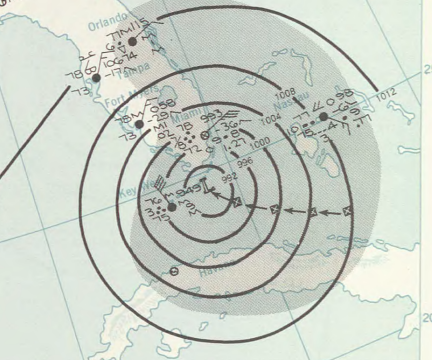 The 1008 mb pressure extends out about 200 miles in all directions. 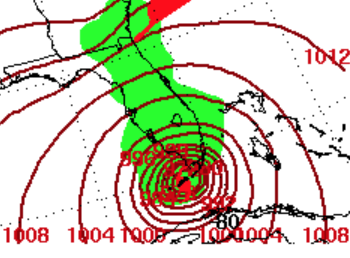 Its larger, a great Atlantic hurricane, the last one we have had in quite a few years hit the US as Irene, Matthew, Dorian and Flora all fell apart. I will discuss Irma a tad below. 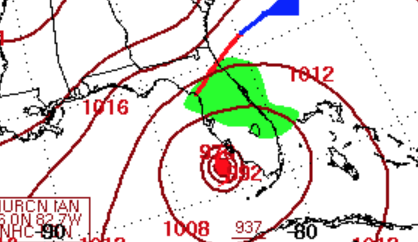 But what of Ian?— Much smaller and the extent of gradient away from the hurricane not as great.

Charley was a dwarf: 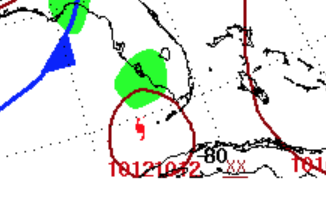 The pressure gradient was within 50 miles of the center.

Now read this and let it sink in.

The amazing power of Donna in 1960:  At Tavernier, the fastest recorded mile was 120 mph which was the highest point on the dial. The anemometer needle held solid against the 120 mph pin for 45 minutes. That is sick.

Florida in 1960 had 5 million people, and now 22.1 million. Its GDP is over 1.3 trillion while in 1960 it was less than 10% of that. Donna today may have been a half trillion dollar storm there. In the Carolinas and New England where Donna was still a major hurricane, we would add on multi-billions — perhaps what the estimate on Ian is for Florida now (60 billion).

So we need some perspective when we hear so-called experts and pundits lamenting the extreme like this. The fact is when they say what they say without any reference to the past and perspective meteorologically and otherwise, they reveal exactly the opposite about their expertise.

It is Classic Weaponization of Weather in a Phony Climate War and an ad for my book of the same name.

Donna, a great Atlantic Hurricane hit at full strength. Irma was slightly off. Look at the eye of Donna on the radar vs Irma below. 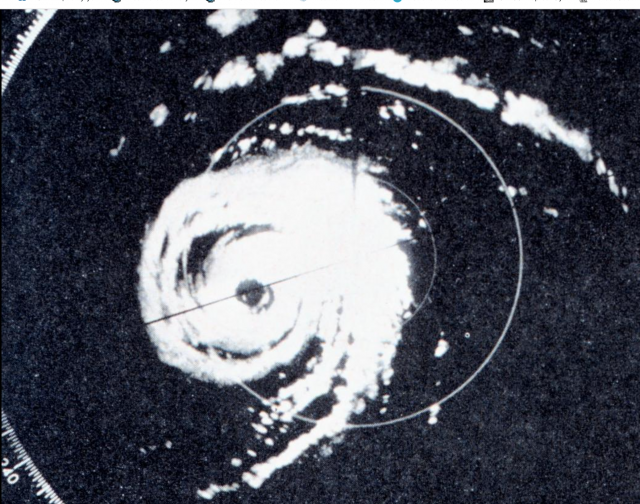 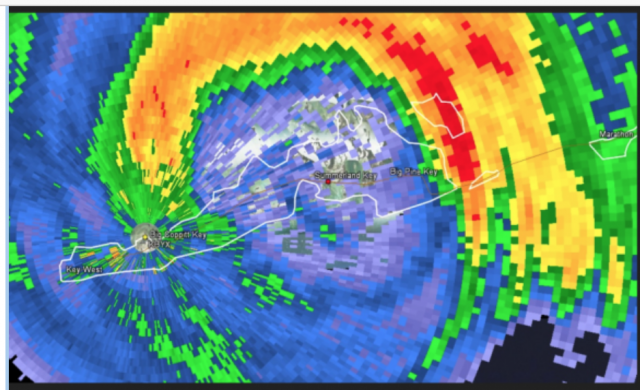 Every long-tracked storm that has reached the US in the past 10 years has weakened off its peak. Irene, Matthew, Dorian, and Florence. No question that the closer more compact storms have intensified, but their total energy is smaller and the intensification is a function of a natural pattern I have outlined dozens of times. That Don Lemon, Amy Klobuchar, the View and a host of others having no idea, is apparent.

I am not downplaying these majors in an effort to trivialize them. They are great storms, but without understanding all of the picture, and only being shown one side, you can not properly come to any conclusion as to what they may mean as far as climate goes—likely nothing at all. And as far as increased damage, it does not take a rocket scientist to understand if the GDP of Florida is 10-20 times higher than it was in 1960. A storm today will be more damaging without being meteorologically as powerful in its total realm.

That is common sense, something that seems to be in short supply when trying to drive home an agenda.