Public school districts are adopting curricula on climate change from well-funded progressive groups casting the issue as a threat to life on the planet that students should respond to through activism.

As of fall 2020, 29 states and the District of Columbia have adopted standards that require science classes to teach human-caused climate change as a peril beyond dispute, according to K12 Climate Action,  a group that is part of the progressive Aspen Institute.

The school districts often rely on information provided by advocacy groups including the Sierra Club and the U.S. Green Building Council. A Sierra Club teaching “toolkit” signals a wide purpose across subject areas: “The ‘why’ and the ‘how’ of moving our entire society to 100% clean energy — and for fighting climate change more broadly — can be woven into many subject areas, including: biology, chemistry, physics, and even social studies.”

Still more curricular guidelines and suggestions are distributed by well-funded progressive groups that include the United Nations’ Office for Climate Education, and the North American Association for Environmental Education. 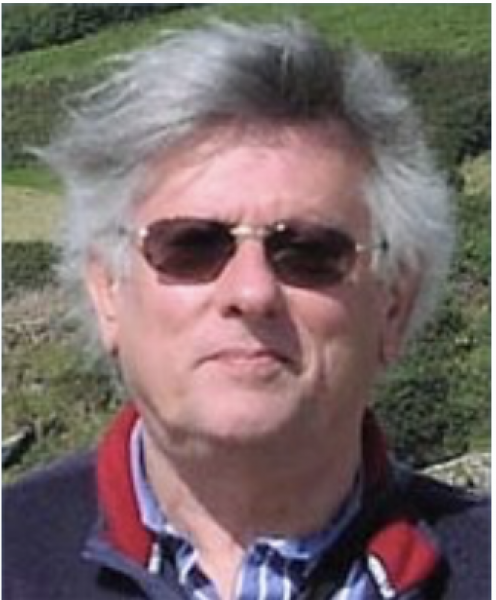 John Staddon, dissenting Duke biologist: “It’s fine to teach climate if you summarize the pro and con arguments of climate change. But you don’t talk about it as a concluded issue.”
jamesmartin.center

Many scientists agree that human activity has contributed to the warming of the Earth in recent decades. But it’s still not clear how much temperatures will rise in the future and the effect that might have on society. While the Biden administration and progressive groups who help shape the school curricula argue that it is imperative to end or limit the use of fossil fuels, there is vigorous debate among scientists and policy makers about the best way to balance mitigation measures with economic and other tradeoffs that, critics say, are largely ignored in schools.

“It’s fine to teach climate if you summarize the pro and con arguments of climate change,” said John Staddon, professor emeritus of biology at Duke University and author of Science in an Age of Unreason. “But you don’t talk about it as a concluded issue. It’s a very political area and [climate change] is about scientific data, which is not a consensus.”

A RealClearInvestigations review of materials used to advance climate learning found that many contain an uncritical examination of climate change; they tend to emphasize worst-case scenarios, and to urge encouraging students to organize as activists.

“There are a lot of resources out there that are … helping students draft policies as well, and getting them involved from the beginning. And this is what we want to see, this whole-institution approach where we’re creating this culture of climate action,” Kristen Hargis, who works on research with the North American Association for Environmental Education, told attendees of an August webinar.

A school in Upper Manhattan that’s with the program.
climatejustice.nyc

After the pandemic caused a delay to implementing its standards adopted in 2020, New Jersey this school year became the first state to introduce a mandatory comprehensive curriculum of environmental education in its public schools. State lawmakers in Connecticut earlier this year voted to make climate education in public schools mandatory starting next year, while a group of teachers in Oregon have drafted legislation that would create a curriculum similar to New Jersey’s.

Activists in other states are also working through legislators and state education boards to make uncontested climate change assertions part of classroom teaching.

Glenn Branch, deputy director of the National Center for Science Education, said there are limits to what high schoolers can be expected to read and understand from complicated climate science reports. “But you do want them to realize that [climate change] is a real thing and know the causes and … that it’s a serious problem that will be disruptive to nature and society for centuries to come and that there are ways to adapt.” 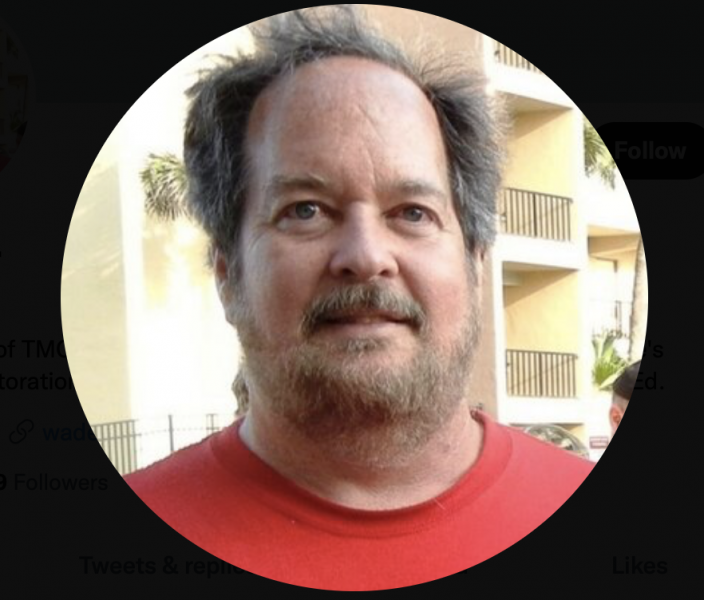 Wade Linger, ex-West Virginia school board member: “This was a precursor on the education scene to all the indoctrination stuff like [critical race theory] and the gender conflicts … an early trial balloon to see how they can use the system to indoctrinate kids.”
Twitter

To question the widely disseminated doomsday view of much climate science is to invite outrage and personal attacks, as Wade Linger found in 2014. As a member of the West Virginia Board of Education, Linger sought to change the wording in a proposed lesson that would, if his amendment were adopted, allow students to consider “factors that have caused the rise and fall” of global temperatures over the past century, rather than only considering the idea that temperatures have increased. Linger also suggested students be allowed to consider the credibility of climate change data.

The lessons he challenged were developed largely by Next Generation Science Standards, developed by a series of mostly progressive science learning groups; they encourage students to “[take] action within their own spheres of influence” to combat what is presented as out-of-control global warming.

“This was a precursor on the education scene to all the indoctrination stuff like [critical race theory] and the gender conflicts,” Linger said in an interview with RCI.  “This was an early trial balloon to see how they can use the system to indoctrinate kids.”

His stance drew widespread criticism, with strangers shouting him down on social media. State universities and science groups sent letters to the board, denouncing Linger’s proposal.

“Adding the words ‘“and fall’” to [the lesson] risks confusion among students between the concepts of weather and climate,” read a letter from the National Science Teaching Association.

Despite a widely mixed series of public comments on the planned curriculum, Linger’s suggestions were not implemented. He resigned in 2017.

“No one ever wanted to debate the data,” said Linger, who was appointed by then-Gov. Joe Manchin, now a moderate Democratic U.S. senator from the coal-producing state.

The National Science Teaching Association did not respond to an interview request. For this story, RealClearInvestigations reached out to six groups advocating for a singular K-12 climate change education approach; one, Branch’s National Center for Science Education, agreed to speak. Another, the North American Association for Environmental Education, was unable to meet the deadline for this story.

President Biden announced at the outset of his term last year that he would empower every federal agency to aid his pursuit of “carbon-free electricity” by 2035, according to a 2021 executive order from the White House.

Last month, Biden announced the White House will allocate nearly $1 billion for electric school buses along with $50 million for schools to improve indoor air quality, with the goal of moving away from fossil fuel-powered climate control systems. 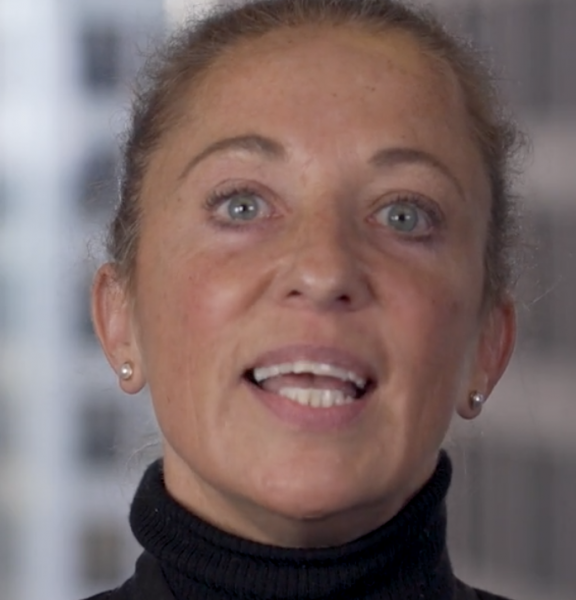 The non–profit National Center for Science Education issued a report card in 2020 evaluating states on how their public schools teach climate change. The report stated that 26 states and District of Columbia have standards that earned a B+ or better.

The review said its grading favored instruction reflecting that “human activity is responsible for the global change in climate,” and that “It’s bad: climate change is affecting and will continue to affect nature and society.”

As these standards advance, public school districts, with enrollment this year of some 50 million American students, are also collectively paying millions of dollars to “sustainability officers” and their staff to ensure schools are following “green” practices and to help districts meet their self-imposed goals for clean energy and carbon neutrality.

And these specialists are well paid.

In 2020, Chicago Public Schools in 2020 hired Sandrine Schultz as director of energy and sustainability at $130,000 per year – more than twice the salary of the average district employee, according to transparency site GovSalaries. Schultz came from Washington, D.C., where she worked at the U.S. Department of Energy during the Obama administration. The district, which promises to convert its schools to all renewable energy by 2025, also has two open positions for environmental compliance specialists paying $93,500 and $75,000 annually.

Dan Schnitzer is sustainability coordinator at Chapel Hill-Carrboro City Schools in North Carolina, where he makes $89,307, more than most of his district colleagues, including school principals. Schnitzer came to the school district from the Academy for Global Citizenship, a public K-8 charter school in Chicago which, according to its Twitter intro, is “reimagining the future of education by incubating best practices in environmental sustainability, whole student wellness and international mindedness.” 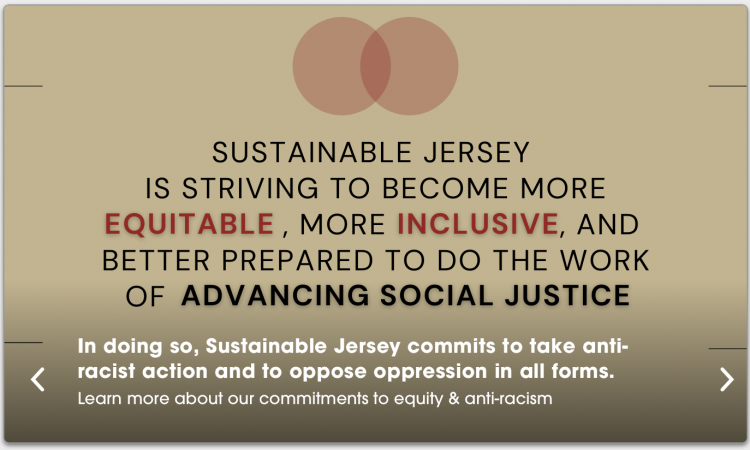 Some of these administrators help foster activist student groups. In Denver, sustainability director LeeAnn Kittle is listed as a “key community supporter” of DPS Students for Climate Action Policy. The student group this year successfully pressed the school board to pass a climate plan that includes a pledge to use 100% “clean” electric power by 2030.

Other student groups, led by adult activists, have filed lawsuits against governments including those in Rhode Island, Virginia, and Oregon.

Seven Utah schoolchildren, ranging in age from 9 to 18, in March sued Utah Gov. Spencer Cox. The lawsuit alleges Cox, a Republican, along with several other cabinet offices and officers, are harming the plaintiffs through “unconstitutional” fossil fuel policies.

Kittle, whose career includes serving on the board of the U.S. Green Building Council, said the students in the Denver advocacy group were acting on climate “anxiety,” fed by what Kittle said were the students’ concerns over climate change-related weather and events in the region, including wildfires and increasing temperatures.

“None of this came from what was taught in class,” she said. “They taught themselves how to be advocates.”