India, Brazil and other nations hope to copy it.

There are many tragic flaws when international global warming agreements are penned.  Among the worst is the willingness of the leaders of the West to turn a blind eye to how useless their economy-wrecking global warming policies are when considered in a global context. 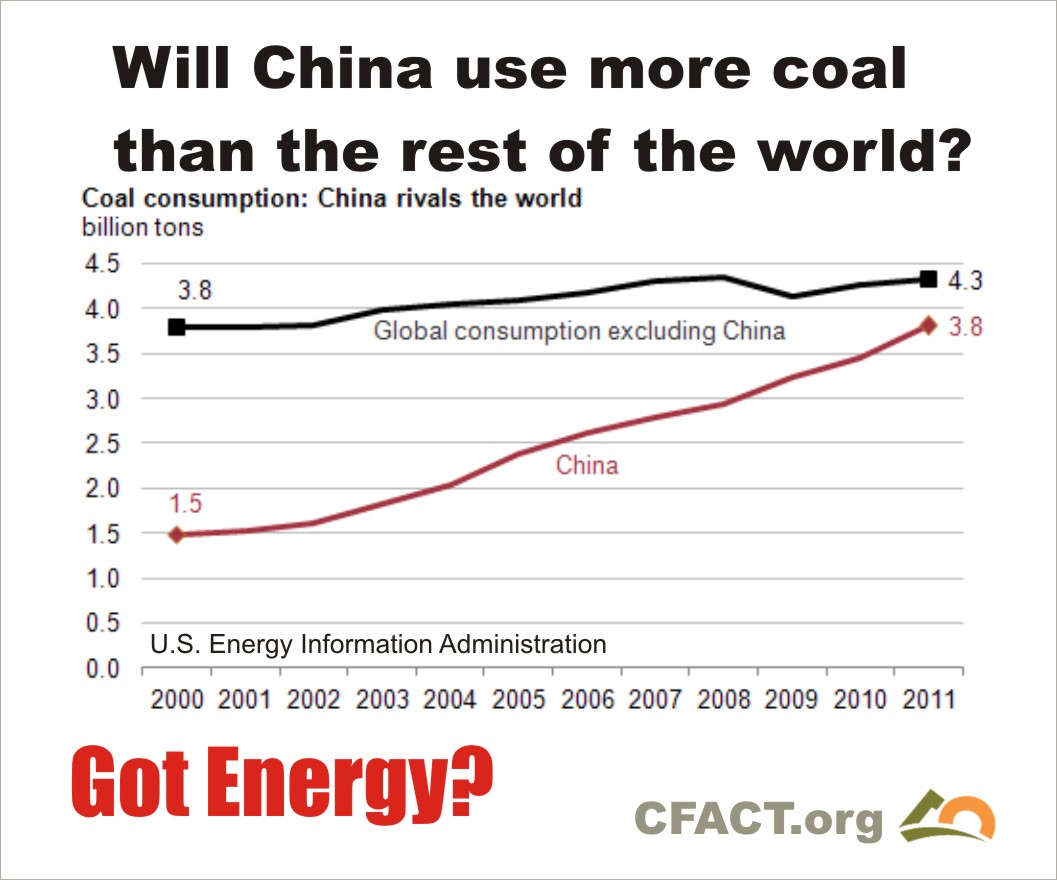 While President Obama is waging war on coal and oil, China is building coal plants as fast as it possibly can.  Chinese coal use is poised to surpass the entire rest of the world’s use of coal combined.

China and the other so-called “BRIC” nations are more than happy to step up as the developed world steps down, and will happily produce the goods that our escalating energy costs and regulatory burden make too expensive to produce at home.

President Obama’s recent global warming deal with China is totally one-sided.  The U.S. committed to capping emissions (and damaging the economy) now, while China has until 2030 to maybe, if they feel like it, consider capping emissions then.  2030 is when China projects its emissions will peak in any event.

This deal was naive.

Meanwhile, global warming regulations will drive up prices for Americans, while any miniscule effect on emissions is dwarfed by China’s increase. 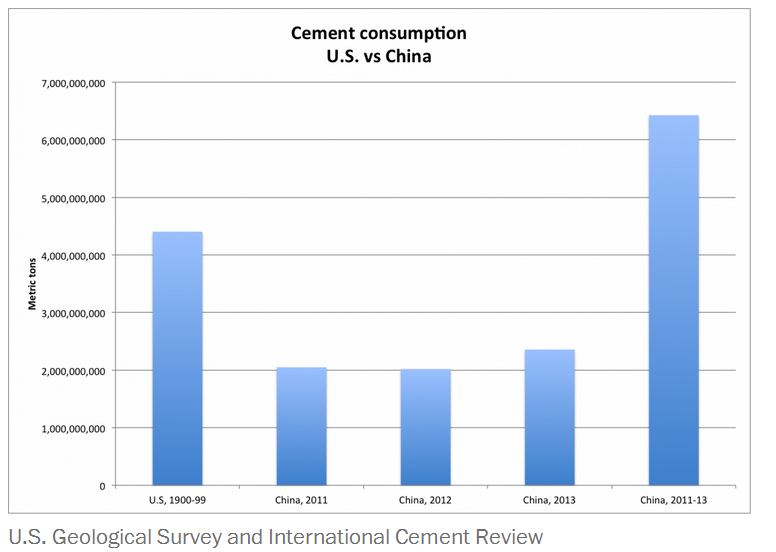 Consider this astonishing fact that Bill Gates blogged about and the Washington Post picked up:

China used more cement in the last three years, than the U.S. did in the entire 20th century!

That’s how fast China is expanding.

Sure, five percent of human greenhouse gas emissions are attributed to cement (if emissions are your thing), but what that tremendous growth really tells us is that global warming policies that depress the economy may advance the agendas of the developed world’s warming-Left, but will have no real impact on global emissions.

If you think Obama’s deal with China was bad, just wait to see what he’s prepared to sign at the big UN climate conference in Paris this December.

The need to educate the public has never been greater.