Climate campaigner wonders whether it’s immoral to have kids

Former Vibe editor and current author Dave Bry wondered publicly in a Saturday editorial for The Guardian whether or not it is moral to birth a child in a world that could supposedly become uninhabitable within the next few decades.

“For while the world is a wonderful place, one we humans have made nicer

for ourselves with wonderful inventions like books and record players, penicillin and pizza,” Bry, the author of “Public Apology: In Which a Man Grapples With a Lifetime of Regret, One Incident at a Time,” wrote. “It’s also a really awful place, one we’ve ravaged with deforestation and smog, nuclear weapons and mountains of pizza delivery boxes and other garbage.”

And the fact that “climate change has sped up – sea level rise that was supposed to take centuries has recently been projected as taking just decades,” he wrote, only complicates his decision to have children. 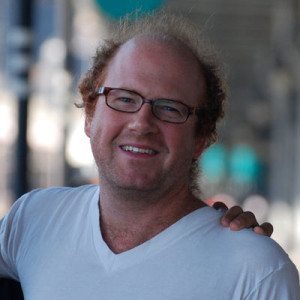 many environmentalists and conservationists call the “Sixth Extinction,” which is understood to mean an era when more than half of all earth-living species will croak.

Such claims have become popular among academic sophisticates.

Timothy Pachirat, a comparative political science professor at the University of Massachusetts-Amherst, shares a similar, low drum view of humanity.

“We humans are creating the conditions for our own extinction as a species,” Pachirat told his students Dec. 30, shortly before the last day of class. He also stated that meat eaters contribute to global warming, because eating animals shows that “we are living in a period of more suffering than the world has ever known.”

Most geologists beg to differ with such pessimistic accounts of the end times because they say humans and plant life typically evolve before they go extinct.

“When organisms challenged by climate change respond by adapting, they evolve,” Stewart Brand, the president of the Long Now Foundation and co-founder of the Revive and Restore project, wrote in an essay published at Aeon.

Still, talk of a so-called sixth extinction is not fading away.

Bry used a New York Times interview with climate scientist James Hansen, who is often touted as the godfather of the climate action movement, to bolster his account that humans are killing themselves through so-called man-made global warming.

Hansen told the New York Times that the world would likely be under ocean water within decades, not centuries.

Thinking of this horrific, apocalyptic scenario makes it difficult for Bry to decide whether to sire another child — Bry is already a father to an 11-year-old son.

And since man-made global warming is a real concern for future generations, “what kind of world would my great-great-grandchildren inhabit?” he wrote.

Bry rhetorically asked himself if it is immoral to bring a kid into a world ravaged by pot-marked roads brought asunder by man’s unwillingness to meet climate change head-on.

In the end, Bry concluded, he is willing to jump back in the fray again if it means getting a shot at bringing into this world a person capable of saving humans from themselves.