Ignorance? Deceitfulness? Arrogance?. So which is it? ( or is it all of them)?

It has been warm and the winter forecast from my company back in August called for exactly what has happened so far.

Here were the headlines:

Line number 2… early warmth, wherein our discussions talked of a “false flag” of early cold in November and the October update added this:

“It’s like the last two cold Novembers, December will turn out to be an uneventful month. Then cold and snow will take over the latter part of the winter.”

So it was supposed to warm up after the false flag of an early cold.

The very warm weather at this time of the year is typical of years where there is an El Niño Modoki, where the Southern Oscillation index is negative and the central tropical Pacific is warmer than the eastern tropical Pacific.

That is plainly the case: 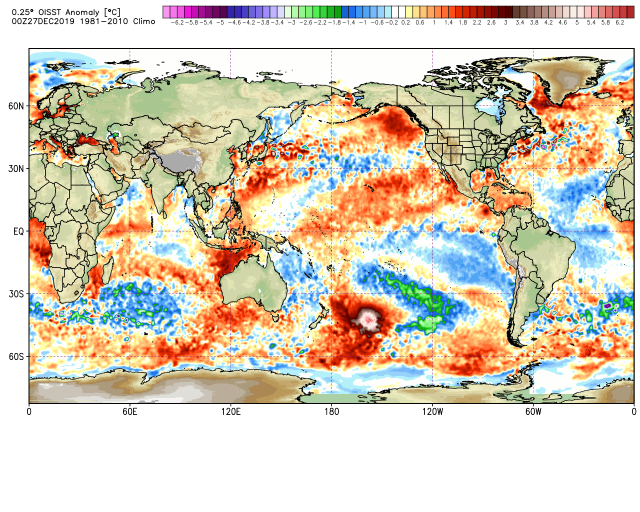 BTW that hot spot east of New Zealand may be linked to what is happening on the ocean floor, though it is being “weaponized” as a sign of a climate emergency. The ocean crust is shallow there and we do not have enough information as to what is going on to determine the exact cause.
There are some interesting papers out there dealing with underwater geothermal activity (example: underwater volcanoes) that have been linked to sudden warming. Just so much we do not know.
More significance to the winter forecast is what is in the NE Pacific which is similar to winters that have been cold and stormy in recent years.

Many of theses winters start and then end late, which is what our detailed forecast reflected. It does not mean it has to happen. It does mean that what we have seen so far with a cold November, a warmer December is typical of winters that turn severe.

So why, if you knew that, would you try to make hay out of it being warm now when it can backfire in a couple of weeks.

The current warm spell is being pushed by the usual suspects as a sign of climate change. This idea is laughable and displays either ignorance of the past, deceitfulness if they do know, and arrogance in thinking that you actually know what is going to happen tomorrow. We put out forecasts but I know darn well I could be wrong, The fact is what you see now is a KNOWN PRECURSOR to severe winter periods that followed. So is that going to be climate change too? It’s like they are swimming in ignorance as to what the weather has done and can do. I will just show a few of many examples to rebuff the nonsense

Lets go to a recent example that most people can remember. The 10 days before snowmageddon had many in the weather community thinking winter was over. We got off to a fast start in December that year with the pre-Christmas snowstorm but mid-January was warm, much like it is now our current warm spell. This was a stronger modoki winter, and it always seems like in those winters there is a 2-3 week spell of very warm weather that shows up before the real deal does.

The period Jan 25-Mar 5 that followed:

Lets go back further to 1967 where record warmth in the east the last 2 weeks of Jan that year: 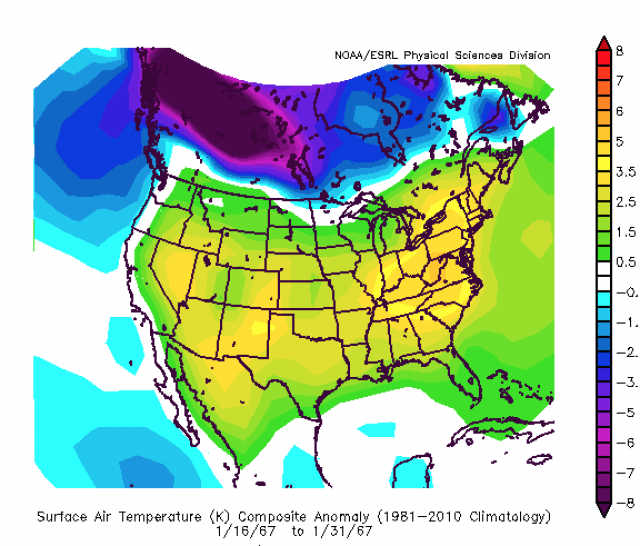 Parts of the mid-Atlantic and NE had 3 big snowstorms in that period right after the warmth. In the middle of this warmth, Chicago had one of their greatest snowstorms on record. So how does that happen? 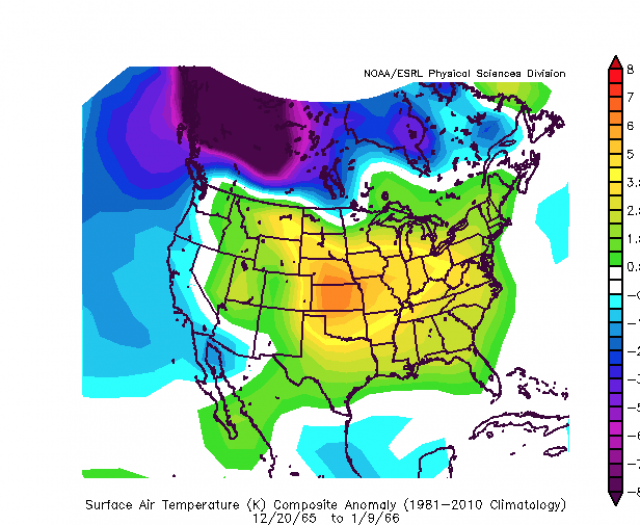 We find three major snowstorms in a row that ended with the blizzard of  1966. 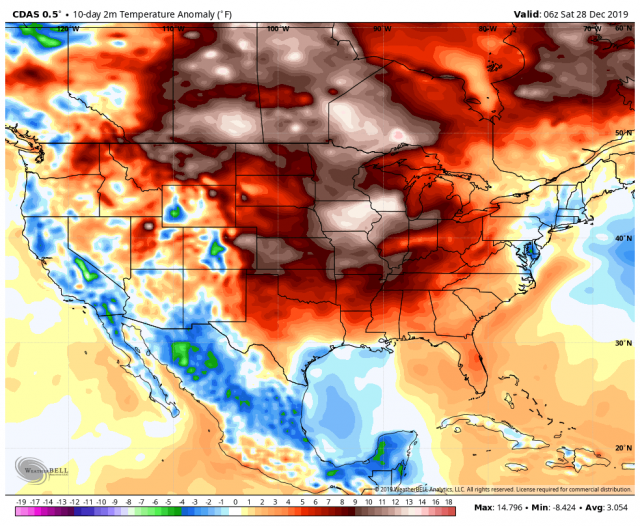 With the upcoming week still warm: 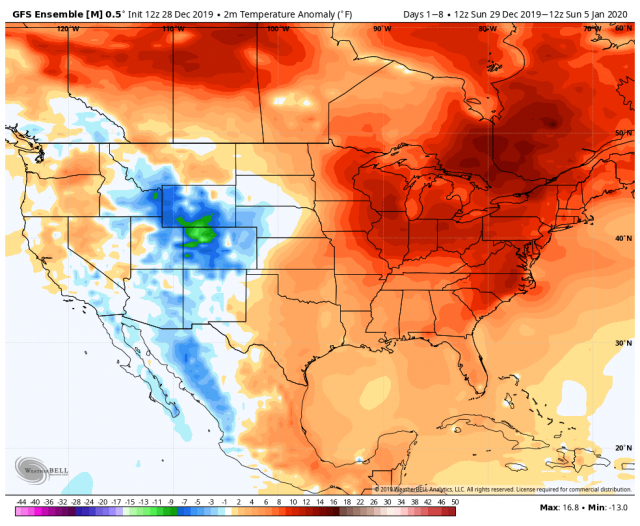 Would it be a surprise if what this Climate model run has for Jan 12-Feb 11, be a surprise? Or climate change? Or is it just what has happened before happening again? 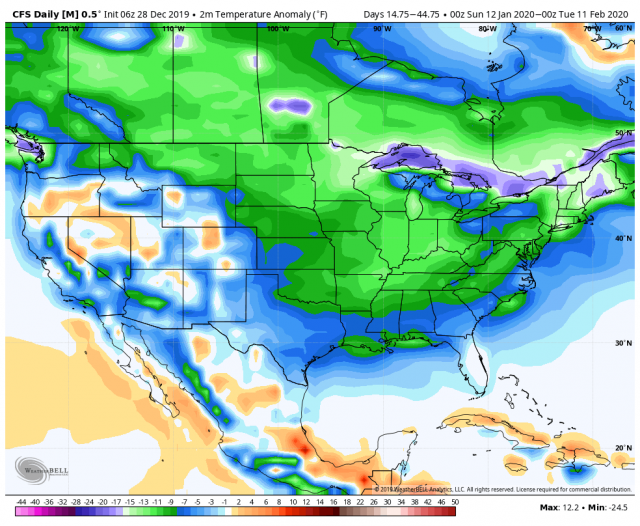 In reality, the climate model is forecasting what we have seen many times before. I have shown but 3 examples.

The climate issue is  much more than climate. The very fact that you have an army of people that are weaponizing the weather and want to silence debate, that either do not know what happened (and what can easily happen again) or do know. They simply march on anyway as blind zealots do and have the arrogance to actually believe they know the outcome of an infinite system. One that has always reacted to natural, not man-made forcing is well beyond just a climate issue .  That should be enough to make one skeptical. Skepticism is NOT DENYING, it is questioning. It is knowing and understanding what counter ideas are saying, acknowledging them and yet doing the work to come up with the right answer. I don’t know any of my skeptic cohorts that have not dug into all the pro AGW arguments they can get their hands on, constantly looking.  That is a far cry from the other side, which obviously would not be attributing a warm spell of December weather in line with past years, as a sign of climate change or in the lingo of today, “Climate emergency”.