This is shorter than normal because it is so clear how out of touch he is in his weaponization of the Horrid Tornado disaster, which by the way occurred during what is a known “second season” partly because of the increase of the winter jet over areas where still warm moist air by the slower to cool gulf can supply energy.   And they occur many times at night, I am sure he has no idea about that, given this statement which he is clueless over

“All I know is that the intensity of the weather across the board has some impacts as a consequence of the warming of the planet and climate change,” Biden said. “The fact is that we all know everything is more intense when the climate is warming. Everything. And obviously, it has some impact here.”

That’s  all Biden knows?  Well the chart from NOAA shows he knows next to nothing 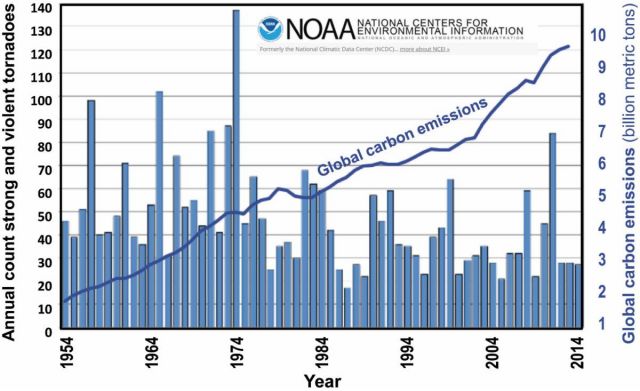 They are not increasing and for good reason, Warming more in the north than in the south as has been occurring limits tornadoes because it distorts the clash zone and spreads it out, it is no secret that this occurred as a strong cold trough pushed into the midsection of the nation, There was a big snowstorm to the north, and like other second season tornado outbreaks ( example Shreveport Dec 3, 1978 ) we see the classic plains trough configuration.  But if there was no cold air,  no outbreak. In the spring 2 things can limit tornado outbreaks,  Too much cold air all the way to the gulf coast so the temperature contrast in May, the big tornado month does not show up,  That happened this year, Or too little cold air, very warm all over the place like 2012

Let us look at a signature tornado season, spring 2011 ( btw I am concerned we see that next spring) 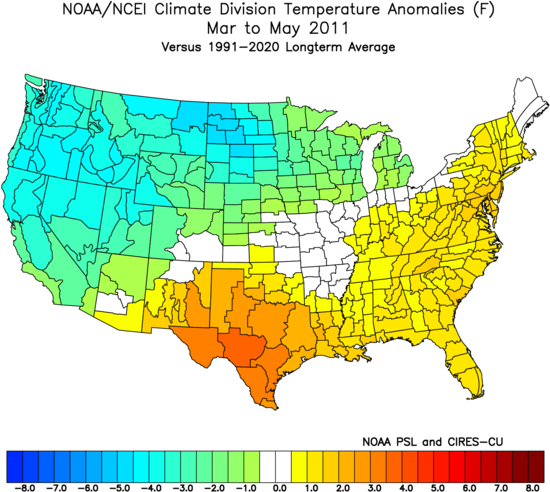 there is the cold for the clash

What happens when too much warmth too far north.  A down season like 2012 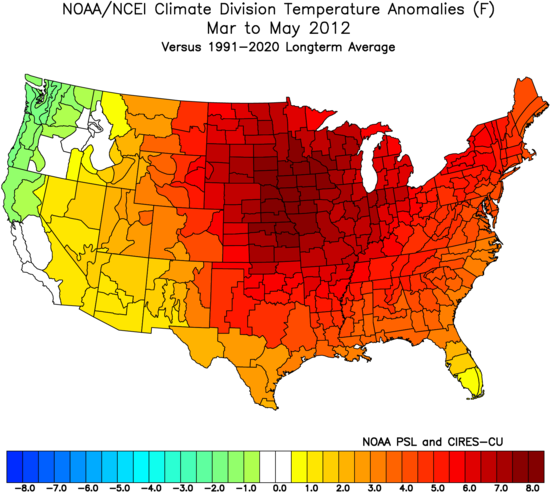 There is no question in my mind the very warm gulf played a role in this,  I even said so on our Saturday summary on Weatherbell.com   But if not for the strong trough ( we see it all the time with these second season outbreaks) there is no big event  But what happened all tornado season long this year?  Is Joe Biden even aware what a down season it was. Why would you jump in and say that given the year was so far down? 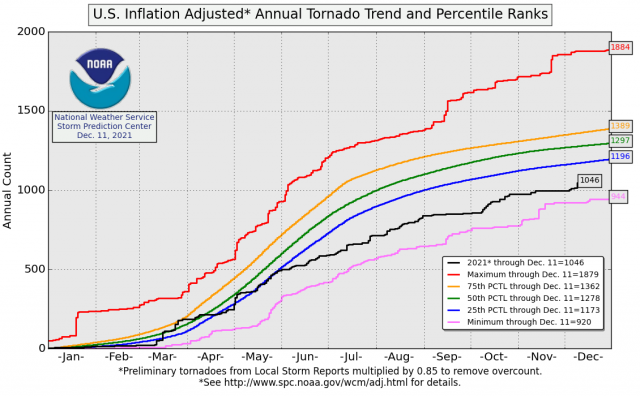 below average, in fact under the 25th percentile even with this disaster

How about wind reports  Way below average 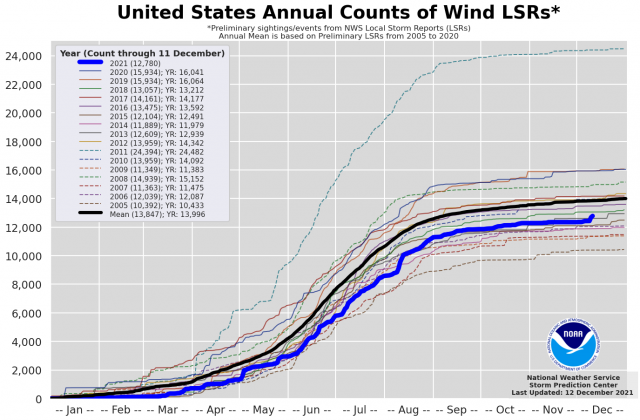 Hail is at record lows!!

yet what does he waste no time doing?  And why doesn’t the media call him on this? That is what is so amazing to me.  His advisors know the media will not question such a comment, which is plainly weaponizing an event that is leading to untold misery and suffering ( like we need anymore or that) and they let him say it,

Let’s remember I am the guy that called President Trump out on his Dorian nonsense. It was right here

And you wait. The cold we are worried about this winter is now being seen by more sources than me,  If that hits, my forecast is for more weaponized comments based on either a lack of knowledge or arrogance that you can simply say stuff like this and get away with it.